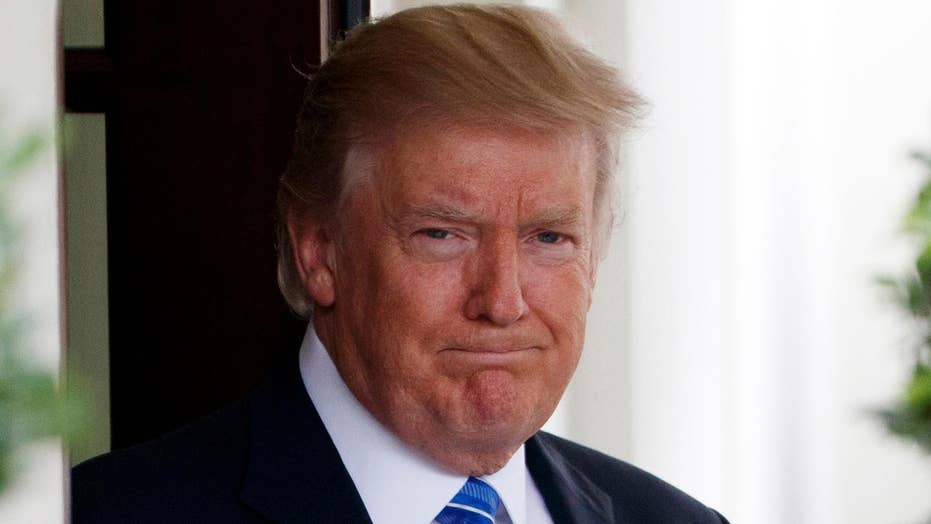 What just happened? President Trump cut a deal with Democrats to pay for hurricane damage relief and raise the debt ceiling without getting anything in return, except the temporary avoidance of a government shutdown. How to describe this? Was it a sellout, or a pragmatic act?

It’s football season again, so let’s call this deal the “option play.” It isn’t used much by today’s professional players, but the play is designed to give a quarterback the option of running the ball, or, if he sees he can’t make it through the defensive line, toss it to a player trailing behind him in an effort to gain yards.

President Trump might consider these options in an effort to push through his agenda.

Apparently having grown tired of Republican ineptitude for failing to repeal and replace ObamaCare, or do much else with their majorities in the House and Senate, other than to think up new excuses for their failures, the debt ceiling deal might give the president wiggle room to demand concessions from Democrats. The danger is that Democrats may not feel the need to compromise, if they believe they can win concessions from a president who does not have an ideological core.

The second option might be to embarrass Republicans sufficiently to force them to unify and pass a true Republican agenda. That used to include lower taxes, smaller government and reducing the debt through less spending and economic growth. I’m not betting on this option.

Option three would be to put incumbent Republicans in such a bind that primary challengers next year could defeat “moderates” and others who failed to live up to their campaign promises. How many Republicans could successfully campaign on a platform of “re-elect me, because I accomplished nothing and opposed the president”?

There’s also an option the Republican majority hasn’t tried. Rush Limbaugh mentioned it on his radio program: “If just at any time in the past six months, or any time in the next six, if for just three months Ryan and McConnell would work with Trump to advance his agenda, they would own everything for who knows how long. If they would have repealed and replaced ObamaCare, if they would have then moved on to tax cuts and … real tax reform, and if they had built the wall. … If those three things had serious action with an appearance of unity within the Republican Party on those issues, the Democrats wouldn’t stand a prayer for 25 years.”

Too many Republicans remain embarrassed that Trump won. He would never be allowed to join their inner circle whose mantra appears to be “when the going gets tough, the weak surrender without a fight.” For these Republicans, principles have been replaced by pragmatism.

Trump’s deal with Democrats excluded the children of “undocumented” immigrants. Perhaps the president could allow DACA kids to remain in the country in exchange for money to build the wall. But why should Democrats compromise when they get what they want anyway?

Democrats have a problem of their own after doing a deal with a president they have reviled and ridiculed since he announced his candidacy. If the president is giving them what they want, how do Democrats run against him in next year’s congressional elections?

The deal Trump made with Democrats expires in 90 days. Will Chuck Schumer and Nancy Pelosi use an option they have successfully employed in the past to win more concessions from the president? It’s called the Christmas option and it is designed to smear Republicans as “heartless” politicians who would harm children by not giving in to Democrats’ demands.

President Trump has broken a legislative logjam. The question now is what happens next? That question goes not so much to Democrats as to the Republican leadership. It’s their option now.