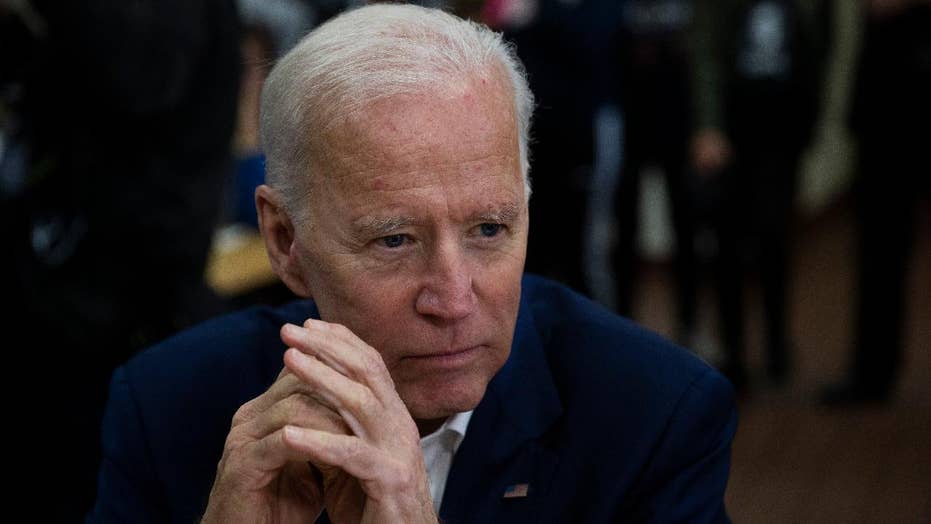 Joe Biden, the leading Democrat in the overcrowded presidential sweepstakes (there are more of them running than horses in the recent Kentucky Derby), appears to want to take America back to the days of the Obama administration, which he was a part of for eight years. What would that look like?

In a 2010 interview on “60 Minutes,” President Obama spoke of a “new normal” in which businesses had to become accustomed to fewer employees and the American job market would never expand. When Obama and Biden left office, GDP was just 1.9 percent. Many economists and pundits believed it would not go higher. Obama and Biden and certain opinion writers claimed Donald Trump’s promise of economic growth of 3 percent or better and the return of manufacturing jobs was a “pipe dream.”

FORMER OBAMA CAMPAIGN OFFICIAL: LACK OF EARLY ENDORSEMENTS FOR BIDEN COULD BE A GOOD THING

According to the Dept. of Commerce, economic growth has reached 3.1 percent, manufacturing jobs have returned in many industries and unemployment is at the lowest rate in nearly 50 years. Wage growth is up, as is the stock market, which, in spite of the recent dip due to uncertainty over trade with China, remains at record highs. This must be pleasing to investors and especially retirees whose IRAs and other accounts are producing more income than during the Obama-Biden years.

Speaking of China, President Trump may be the first president since the communist takeover of that country in 1949 to stand up to Beijing. The Chinese have for decades been purloining American intellectual property, sending spies to steal military secrets and benefiting from unbalanced trade agreements. Biden and other Democrats have cowered in the face of all this, not wanting to “anger” the Chinese. Trump wants equal trade policies and is willing to risk a dip in the stock market to get it. When he does, watch the market skyrocket to new highs.

Then there is immigration. Would a majority of voters continue to favor what has come to resemble an open-border policy that will change the character of the nation? Does Biden favor a “y’all come” status quo?

All of the policies that have produced strong economic results ought to be credited to President Trump, but Biden and his fellow Democrats improbably claim it was Obama’s policies that have gifted America with such wonderment. If that were true why did none of it happen during that administration? They claim it was because it took so long to recover from the “Bush recession” that the results weren’t clear until recently.

OK, then what about all of the other things Democrats have promised? They are always promising to improve education. Why, then, hasn’t education improved during previous Democratic administrations? Taxpayers are coughing up more for education. If there is a correlation between the amount spent and student achievement, wouldn’t kids be better educated and better able to compete with other countries where students excel in math and science ahead of ours?

Biden and every other Democrat running for president would likely raise taxes, re-impose regulations on businesses and Wall Street and name liberal judges to the federal benches who will interpret the Constitution according to their personal biases.

Would a majority of voters be OK with all of this, assuming Trump and other Republicans frame it this way?

Then there is immigration, which, along with health care (please, Republicans, come up with a good plan that benefits the most people), will again be a major issue in the 2020 campaign. Would a majority of voters continue to favor what has come to resemble an open-border policy that will change the character of the nation? Does Biden favor a “y’all come” status quo? What, if anything, will he do to assimilate and “Americanize” newcomers?

No one can live in the past. There is only the present. Decisions made now will determine the future of America. Biden is the past. He and the ultra-liberals in his party will only ensure that America’s future will be dim.