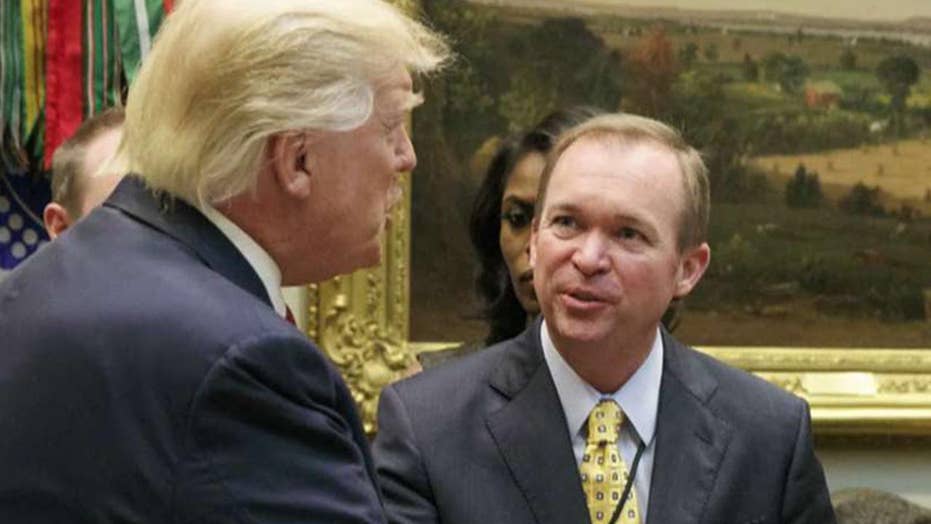 What does CFPB do as the battle over leadership continues?

The political stunt that former Consumer Financial Protection Bureau (CFPB) Director Richard Cordray tried to pull recently in a failed attempt to name his successor was the culmination of a five-year reign at a rogue agency marked by incompetence and malfeasance.

I and many other CFPB critics believe that newly appointing Acting Director Mick Mulvaney – who retains his job as director of the Office of Management and Budget – is the right person, in the interim, to head the CFBP.

However, the only way we are going to completely undo the years of pain and punishment the CFPB has inflected on consumers, businesses and our economy is to simply shut the place down.

While putting the CFPB out of business is certainly much easier said than done, one way the bureau could pursue this avenue is to settle lawsuits calling into question the constitutionality of it own existence.

In the five years that Cordray directed the CFPB, the agency has been the worst nightmare for community banks and small businesses across the country. Through a constant churn of punitive regulations, the CFPB has put the financial squeeze on Americans as well as Main Street small business owners.

Even worse, the CFPB has become a partisan political operation to help left-wing supporters of the Democratic Party and advance Cordray’s political ambitions back in his home state of Ohio.

Although the CFPB was created to protect consumers from financial abuses, Cordray molded the organization into a partisan agency – aided in large part by the fact that its unaccountable structure protects it from oversight by Congress and the president.

Under Cordray’s watch, the agency has issued thousands of pages of rules and regulations, impacting everything from credit cards to auto and student loans, ATM services and more.

Over the summer, Ohio Supreme Court Justice Bill O’Neill told reporters that he heard Cordray was planning a run for governor and that Cordray “is basically trying to get as many projects done in Washington as he can before he leaves.”

There is ample evidence pointing to the fact that CFPB enforcement actions were directly tied to this effort, because Cordray has steered tens of millions of dollars to Democratic consultants.

The CFPB recently finalized rules governing short-term loans that would negatively impact financially underserved consumers and those who need funds in times of emergencies. It turns out that this rule was written by and for the left-leaning Center for Responsible Lending (CRL), dating back to 2013.

As reported in 2015 by Politico, at one point in the rule drafting process “David Silberman, associate director for research, markets and regulations at the CFPB, requested an outline on payday lending from CRL President Mike Calhoun. Calhoun replied ‘feel free to improve it!’”

In addition, the CFPB has directed millions of dollars to Democratic-aligned firms.

Under Cordray, the CFPB funneled $43.7 million to GMMB, a Democratic advertising firm that famously created President Obama’s campaign ads in the 2008 and 2012 elections. The CFPB funds given to GMMB represent almost 75 percent of the GMMB budget.

These examples, unfortunately, don’t even begin to tell the full story of this agency’s egregious behavior. Which brings us to today.

On Tuesday a federal court ruling by Judge Timothy Kelly upheld President Trump’s constitutional and legal authority to appoint Mulvaney to be the acting director of the CFPB. The judge made the right decision.

So far, Mulvaney has taken action to clean this cesspool of an agency by announcing a freeze on CFPB hiring and on all new regulations. But while this is welcome news, Mulvaney’s appointment should not lessen Congress’ resolve to end the unconstitutional delegation of funding oversight authority that created this regulatory monstrosity of an agency.

In October the United States Court of Appeals for the D.C. Circuit ruled that the leadership structure of the CFPB was unconstitutional. The decision was part of the lawsuit PHH Corporation v. CFPB, which challenges the constitutionality of the bureau.

Unfortunately, the appeals court decision was a short-lived victory for anti-CFPB forces because the decision was nullified when the CFPB was granted the right to have the case heard again before the entire Court of Appeals. A final decision on the case could come any day now. There is also a similar case that has been filed, State National Bank of Big Spring v. CFPB.

The CFPB doesn’t just need a fix-up. It is beyond repair. It needs to be shut down and I believe one of the best ways the agency can begin that process is for Mulvaney to simply deny the constitutionality of the CFPB’s very existence by settling these lawsuits.

Mulvaney said that “rumors that I’m going to set the place on fire or blow it up” are completely false. Well, action doesn’t always need to be that drastic.