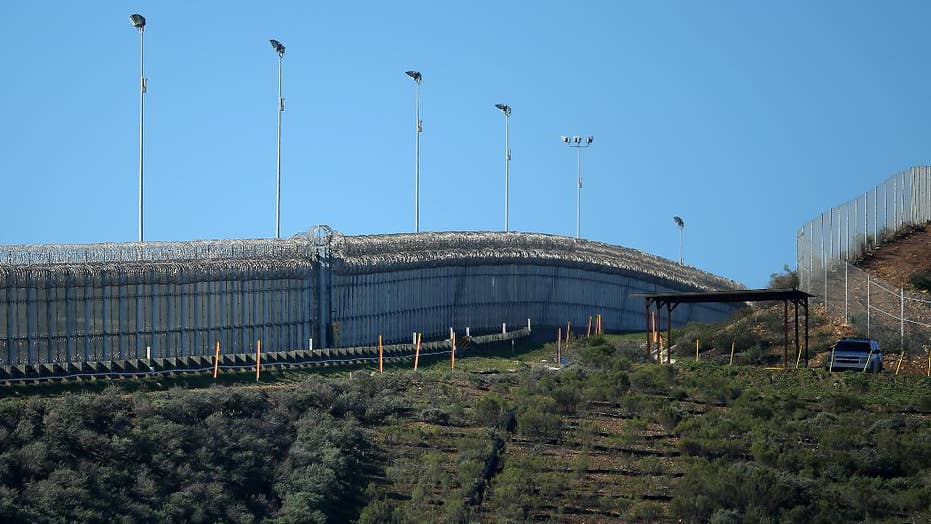 Republicans are accusing Democrats of flip-flopping over a barrier on the southern border. Take a look at their argument and Sen. Chuck Schumer’s (D-NY) response.

Immigration was a defining issue of the 2016 election. President Trump ran on building a border wall, enforcing the law and making our immigration policy protect American families and benefit American workers, instead of endangering and undermining them.

These promises stood in stark contrast to President Obama’s unilateral, unconstitutional executive order on immigration, known as DACA (Deferred Action for Childhood Arrivals). He went around Congress and effectively changed the law on his own, giving DACA recipients a false sense of security instead of a permanent solution.

After President Trump was elected, he announced he would give the American people’s representatives in Congress six months to debate the issue and change the law before DACA ended. He also acknowledged that children who were illegally brought to this country at a young age by their parents are in a uniquely difficult situation.

So the president has said he’s willing to make a deal: if Democrats will support real, permanent border security, remove incentives for future illegal immigration, and modernize our immigration system, the roughly 700,000 DACA recipients can receive legal status so they no longer have to live in limbo.

Shutting down the government in support of illegal immigration or keeping the DACA issue alive so it can be used to gin up liberal activists and run campaign ads isn’t good for anyone.

President Trump’s position is very reasonable – so it’s puzzling that Washington Democrats have so far refused this deal. After all, they supported many of these same measures just a few years ago.

In 2013, 54 Senate Democrats – including Chuck Schumer of New York and Dick Durbin of Illinois – voted to build a wall on our southern border, end the diversity visa lottery, double the number of border agents, and move toward a merit-based immigration system.

In 2006, then-Senators Barack Obama, Hillary Clinton, and Joe Biden voted to increase the size of the border wall. Democrats should support these same ideas again so that we can come to an agreement that is good for DACA recipients and the American people.

Shutting down the government in support of illegal immigration or keeping the DACA issue alive so it can be used to gin up liberal activists and run campaign ads isn’t good for anyone.

If Democrats take the deal, the DACA recipients they say they care about would be protected. A secure southern border would help cut the flow of illegal drugs into our communities and reduce human trafficking.

We can achieve this agreement if we put political theatrics aside. Focus on finding a solution, and ignore the entertainment-obsessed media, which are all too eager to amplify “he said, she said” controversies and politicians trying to derail an agreement. We can’t get distracted.

Cost should not get in the way of building the wall and securing the border either. Congress should think creatively.

Here’s one potential solution we could consider: it’s estimated that billions upon billions of dollars a year are moved across the border by drug traffickers laundering their cash. Money is the primary motivation for selling drugs, and a root cause of our nation’s opioid epidemic. But even now, the federal government intercepts only a tiny fraction of that money.

If agencies like Customs and Border Protection, the Drug Enforcement Administration and the U.S. Treasury improved their information sharing, leveraged big data and ramped up apprehension efforts, we may be able to seize billions of dollars from drug traffickers, strike a major blow against the illicit opioid supply, and fully pay for construction of the wall and additional border security measures.

Together, these are all proposals that would protect Americans and make our country stronger. They just make sense. Perhaps that’s why countries like Canada and Australia already have merit-based immigration systems, which welcome newcomers who can be productive members of society and help grow our economy with skills that are in demand.

This is far more sensible than our outdated system, which is currently based on family connections and random lotteries. We’ve seen the negative results of this system, including terrorist attacks here at home, and financial strains placed on American taxpayers, our schools, and our criminal justice system.

We can change things for the better – but it takes two sides to make a deal.