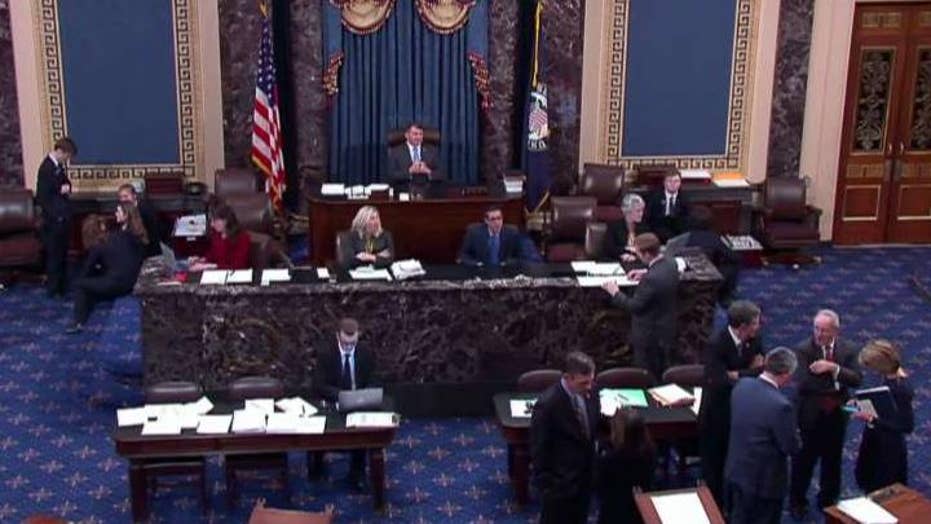 Bill passes 87 to 12 and will continue on to the House.

The resounding victory of the First Step Act in the United States Senate this past Tuesday – passing 87-12 in a bipartisan victory nearly unprecedented in the modern era – illustrates a little-known truth of today’s superheated political atmosphere. Despite everything, despite the daily cycle of media outrage, despite the yawning partisan divide, real policymaking is possible. Americans can come together.

In the case of the First Step Act, they came together – left and right, Democrat and Republican, conservative and liberal, faith-based leaders, law enforcement leaders, governors, former U.S. prosecutors – a coalition Washington hasn’t seen the likes of in a long time.  All to work on behalf of the most consequential criminal justice reform in a generation.

But it’s important to know that the roots of First Step run deep – back to the states.

Our Founders had the wisdom to build mechanisms for change right into our Constitutional structure: federalism among the fifty states provides an array of laboratories and foundries for change. We saw it over a century ago when the states across half a century drove the impetus for national women’s suffrage. We saw it in the past generation when the states drove the push for welfare reform in Washington. I believe we are seeing now it now in the fight for education freedom, which ebbs and flows in the states and, I believe, will eventually win.

Our vision, joined and endorsed by luminaries and activists from the left and right, achieved things previously considered unthinkable – closing eight prisons in Texas (and 10 juvenile facilities) during a time of unprecedented population growth in our state.

Most importantly, we managed to put the interest of our communities back where it belongs, at the center of criminal justice policy. Texas has since safely reduced its incarceration rate by 20 percent, while the crime rate plummeted 31 percent.

Our effort was soon noticed by other, enterprising and entrepreneurial governors like Georgia’s Nathan Deal, Mississippi’s Phil Bryant, Kentucky’s Matt Bevin and many others who soon followed suit with similar results.

Now, in the long tradition of states driving policy change all the way up to Washington, the time for federal change came along, thanks in large part to the leadership of President Trump, the relentless tenacity and passion of Senior Adviser Jared Kushner, the courage of elected officials willing to stand up and be counted – such as Representatives Doug Collins, Hakeem Jeffries, Bob Goodlatte and Senators Chuck Grassley, Dick Durbin, John Cornyn and Mike Lee, and so many others who believed in the opportunity to transform a broken system and in so doing transform a country.  That’s what the First Step Act is all about.

The Act reflects an understanding that incarceration has two major purposes. The first is, properly, punitive.

The second purpose of incarceration is somewhat different.  For a particular class of prisoners – those whose crimes were not violent in nature – there is an opportunity to shape the prison experience into something that is not just restitutive and retributive, but also restorative and rehabilitative.

Too often, convicted felons enter prisons, and then emerge even more a threat to society than when they entered. With 95 percent of inmates eventually returning to our communities and nearly half failing under the status quo, it was time to do better.

First Step, at its core, is the beginning of a transformation of America’s federal criminal justice system into what it should have always been: a system that makes America safer. It does this with a targeted approach toward a specific population of federal prisoners who will, eventually, be released back into our communities. It offers them an incentive to participate in vocational training, educational coursework, or faith-based programming in exchange for time toward pre-release custody in facilities other than prisons.  It also works to achieve a more balanced sentencing system (added in the U.S. Senate under the thoughtful guidance of Senator Chuck Grassley), which most agree has unfairly treated those from our most distressed communities.

All this has the effect, demonstrable from prior experience in the states – of keeping prisoners rooted rather than alienated and looking at the prospect of gainful and peaceful endeavors post-release as an alternative to a return to crime.

And ultimately, I would argue, that First Step isn’t really about what is best for convicts and criminals at all.

The Senate did the right thing in passing it. Now it is up for a final vote in the House.  For America’s sake, and for the sake of countless American communities and families, they should do the same and pass it – now.