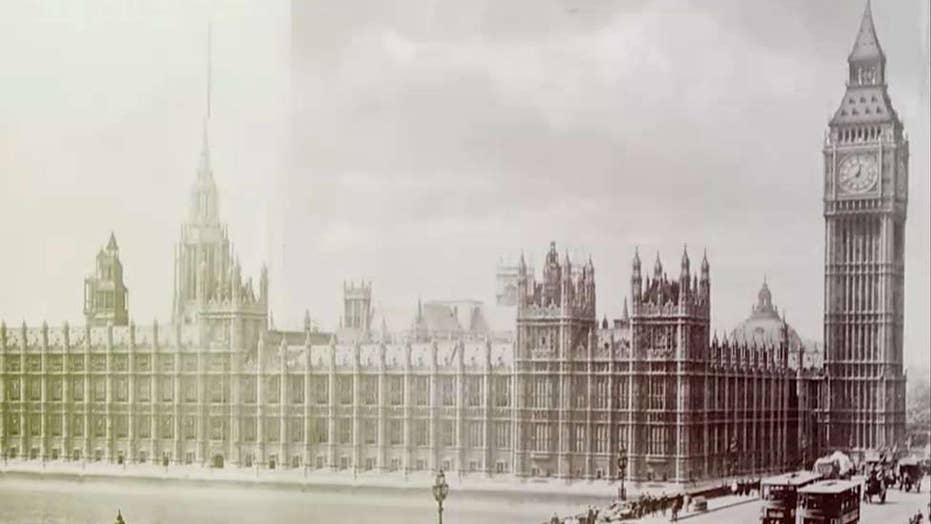 'Three Days at the Brink' is based on Bret Baier's new book which tells the story of a secret meeting between world leaders at one of the key moments of World War II.

PROGRAMMING ALERT: On Sunday, October 20 at 8 p.m. and 11 p.m. EDT Fox News will air the new special, “Three Days at the Brink,” where Bret Baier goes inside the Tehran Conference and FDR, Churchill, and Stalin’s risky plan to end WWII. An exclusive director's cut of the special will be also available on Fox Nation.

The publication of my latest book, "Three Days at the Brink: FDR and the Daring Gamble to Win World War II," is the third in a series of presidential biographies that focus on critical moments in the Cold War era. FDR, Dwight Eisenhower and Ronald Reagan are linked, over a period of 56 years, in a twentieth-century battle for freedom and democracy in the world.

In one of those interesting twists of fate, two of them, FDR and Eisenhower, were partners in winning the war. It was FDR who made the decision to appoint Eisenhower as the supreme commander of Operation Overlord, the D-Day invasion that marked a turning point in the war.

Although the Cold War did not start until after FDR’s death and the end of World War II, decisions FDR made, in conferences with Joseph Stalin and Winston Churchill, opened the door for Stalin to amass power in Eastern Europe with disastrous consequences to the populations under Soviet rule. FDR thought he had no choice but to embrace Stalin in order to defeat Hitler.

Desperate for Stalin’s help in winning the war, FDR ignored signs that the vicious dictator might not have been the most reliable partner. Indeed, after the war, Stalin broke many of the promises he’d made to FDR about supporting the independence of nations.

By the time Eisenhower came into office in 1953, Stalin was openly declaring that his wartime allies were now his enemies.

General Eisenhower had met Stalin in 1945 when he was invited to Moscow for a celebration at the end of the war. There he stood beside Stalin atop Lenin’s tomb, watching a parade that went on for hours. Later, he endured one of Stalin’s typical banquets—just as FDR had done months earlier at Yalta. It was a long affair with dozens of toasts. The sincerity of Stalin’s lavish words was like thin gruel. The pretense of his partnership would soon come to an end.

By Eisenhower’s presidency the nuclear technology, initiated by FDR during the war, had been achieved by the Soviet Union as well. The Cold War was on, with the threat of mutually assured destruction (MAD) hanging over U.S.-Soviet relations.

Once he became president, Eisenhower worried about how to interact with Stalin. Hearing that Stalin might want to meet with him, Eisenhower was reluctant.

He wasn’t sure such a meeting would be productive. In any case, the matter was resolved within weeks of Eisenhower taking office when Stalin suffered a stroke and died. Eisenhower proceeded cautiously with Stalin’s successors as the Cold War froze relations between our nations, and the threat of nuclear war grew.

Three Days at the Brink

Eventually, Eisenhower did try to reach an agreement with Nikita Khrushchev, who privately told the president that nuclear war was unthinkable if the world were to survive. For a time, it looked as if the two men might reach accommodation.

Eisenhower even invited Khrushchev to Camp David, where they watched
Westerns together. The visit seemed to have been a success, with Khrushchev returning to Moscow speaking glowingly of the “spirit of Camp David.” But the rapprochement collapsed after an American spy plane was shot down over Russia.

For the next twenty-five years, American presidents tried to bring the Soviet Union to the table with little success. Ronald Reagan finally made headway. Why did Reagan, an avowed anti-Communist, choose to pursue negotiations with the Soviet leader, Mikhail Gorbachev? Few presidents had been as scathing in their rhetoric as Reagan, who had referred to the Soviet Union as “the evil empire,” and predicted it would be relegated to the “ash heap of history.” But Reagan saw an opening with Gorbachev, a refreshingly moderate leader who was genuinely committed to a reduction in the nuclear threat.

The 1987 Intermediate-Range Nuclear Forces (INF) Treaty was the first tangible de-escalation of Cold War tensions. Despite their ideological differences, Reagan and Gorbachev were partners in the most important work of their era. Their relationship set the stage for friendlier relations in the decades to come.

After the collapse of the Soviet Union in 1991, there was hope that the United States and Russia could share common goals. That hope has not been realized, but it’s not for lack of trying.

FDR, Eisenhower and Reagan each concluded that it was better to seek cooperation than to close off talks, even when relations were tense.

President Trump has been criticized for taking the same position with Vladimir Putin. People forget how avidly George W. Bush and Barack Obama tried to court Putin. There are real concerns to resolve with the Russians, including the new threat of cyber interference. But Trump’s Cold War predecessors might have counseled him that the worst outcome would be the end of talks, not the talks themselves, although
Reagan would have reminded him, “Trust, but verify.”