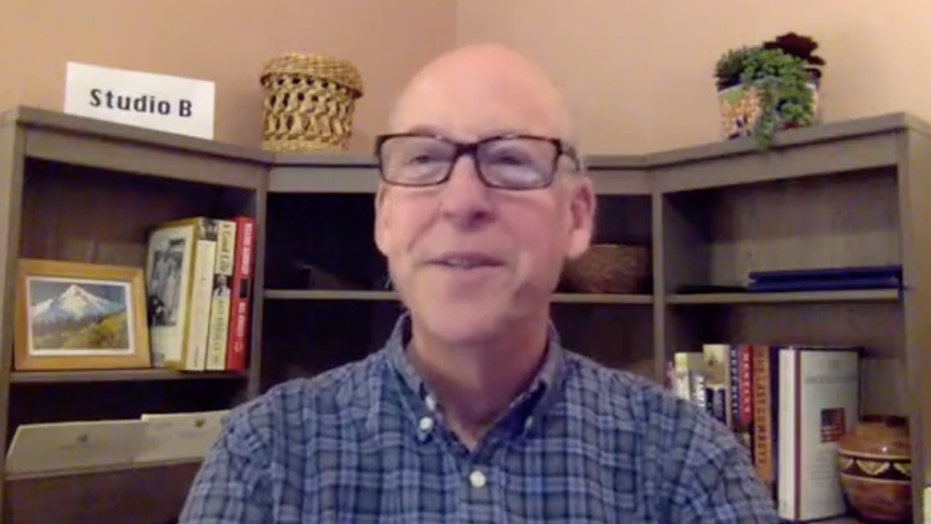 Oregon Rep. Greg Walden has one stern message for Democrats that are calling for mail-in voting in 2020: ‘it is really dangerous for the electoral integrity and the outcome of the election.’

The coronavirus pandemic has raised serious questions about the integrity and operation of the November elections. Some see the pandemic as an opportunity to make our election process more secure, but others see it as an opportunity for partisan political advantage.

Many Democrats are calling for a national “all-mail election,” ostensibly to prevent the spread of COVID-19, the disease caused by the coronavirus. But this is a dangerous move because it invites fraud and eliminates the ability for election oversight.

California Democratic Gov. Gavin Newsom took a big step to advance mail-in voting when he signed an executive order Friday that will send every registered voter in the nation’s most populous state a mail-in ballot for the November election.

“No Californian should be forced to risk their health in order to exercise their right to vote,” Newsom said, explaining why he decided to make his state the first in the nation to send mail-in ballots to all registered voters.

However, Republicans have objected to the move for very good reasons and may challenge it in court.

California Republican Party Chairman Jessica Millan Patterson said in a statement: “To mail out millions of ballots to voter rolls … proven to contain alarming errors throughout the state is not a task that these Democrats can adequately manage or safely execute."

The Republican National Committee cites internal polling that backs up such concerns. According to the committee, its poll shows that 62 percent of Americans say there is fraud in U.S. elections and that fraud would concern them under the nationwide mail-in ballot system Democrats have proposed.

The committee also said its polling showed that Americans overwhelmingly approve of safeguards against voter fraud such as signature matching, voter identification, and a ballot receipt deadline of Election Day.

The national mail-in voting standard advocated by Democrats is nothing more than a ballot harvesting scheme. Ballot harvesting is when political “volunteers” deliver and collect ballots for submission for processing and counting. Some jurisdictions have banned such practices because they at least give the appearance of ballot manipulation and at worst amount to fraud in practice.

It makes sense that there be uniform standards in federal elections that ensure all Americans are treated equally and fairly when exercising their most valued right as citizens.

Uniform federal election law should include these provisions:

ID: A citizen 18 years or older should have to produce a valid photo ID from an approved federal or state agency to register and to vote. Photo IDs have become a necessity since the Sept. 11, 2001, terrorist attacks. You need one to enter a federal building, get on an aircraft, obtain government benefits and for other purposes.

Registration: An eligible citizen should be able to register to vote up to two weeks before a federal election by appearing in person at an authorized federal or state government office and making an application.

Voting: An eligible voter should be able to appear at his or her designated polling place from 7 a.m. to 9 p.m. on the day of a federal election.

Early Voting: An eligible voter should be able to vote no earlier than two weeks before a federal election at his or her designated early voting location between the hours of 10 a.m. and 4 p.m.

Absentee Voting: An eligible voter – upon the showing of good cause – should be entitled to vote by absentee ballot provided the voter petitions for an absentee ballot in person at the designated place no more than one month and no less than two weeks before a federal election.

Voting Machines: Voting machines should be uniform in federal elections. A uniform standard should be established to ensure one voting machine for X number of registered voters at a polling place.

It is not fair or equitable for 50 states to have 50 different rules for federal elections.

If the federal government establishes fair, just and equitable federal voting standards it will force the states to follow suit. Although states will not be required to follow federal rules in state or local elections it would be costly and inefficient not to do so.

Federal standards would only be required for any ballot that contains a federal office election.

The federal government has a paramount interest under the equal protection clause of the Constitution to ensure that all Americans are treated the same when exercising their most important and valued right as citizens – the right to vote.

As a result, the federal government has the affirmative duty to ensure that all aspects of voting in federal elections are uniform. It makes no sense that states have the power to make their own rules and requirements with regard to federal elections that could change the outcome, disenfranchise, confuse, prevent or discourage voting.

The goal should be that voting is fair, understandable, convenient and trustworthy. That is not the case today.

It is not fair or equitable for 50 states to have 50 different rules for federal elections.

Voting should not be so easy that it invites fraud or abuse. If you can take the time to wait in a line for a driver’s license or automobile registration than you can certainly do the same for voting.

Driving is a privilege – voting is a right.

If federal law was able to finally bring order and confidence to our national elections then states would be foolish not to adopt federal standards in their own election protocols.

My vote is for national voting standards that will eliminate state lawsuits, confusion and inequities to registration and voting nationwide.