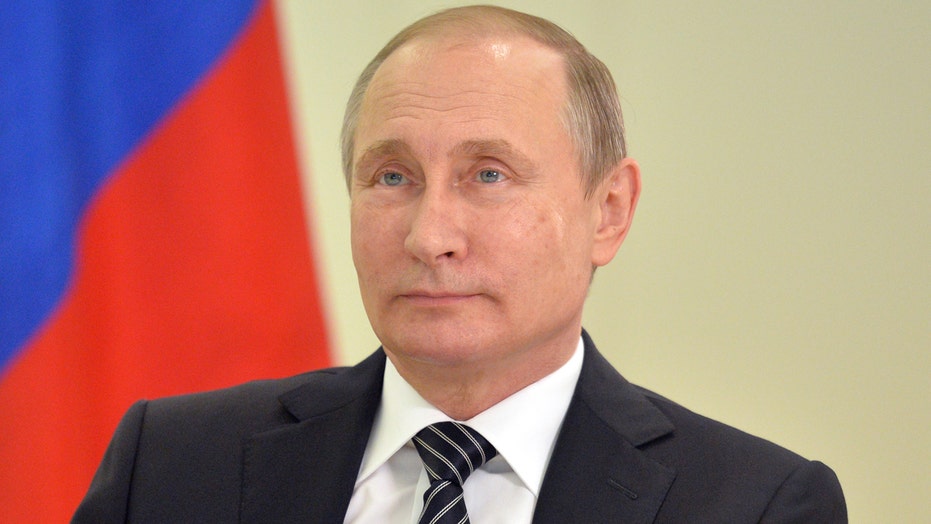 The world scene is changing, and not for the better.  In recent weeks, Iran and Russia – two countries that exploit perceived weakness – have repeatedly flexed their muscles against the U.S. military – both in the air and on the sea. The brazen and threatening actions aimed at our military are designed to do one thing – intimidate the United States.

In addition to the provocative actions of Iran and Russia, we are constantly reminded of the growing threats of the Islamic State (ISIS) – radical jihadist terrorists pledging to destroy America and our way of life.

A change has recently occurred in U.S. policy toward the Middle East, as we have begun to withdraw from the region under President Obama.

The U.S. has substantially withdrawn its troops from Iraq and Afghanistan and has, for the most part, chosen not to involve itself in the civil war raging in Syria, due to the Obama administration’s foreign policy decisions. This departure has created a vacuum in the Middle East, a void waiting to be filled by some other country.

President Obama has consistently failed to name our enemy. He desires to create a modern international community based on mutual respect, international security, and global prosperity.

This is a false narrative, plain and simple. How can these things be achieved when the United States faces a serious security threat? Only after we understand the true nature of the enemy we are facing will we be in a position to effectively combat it.

What we are now seeing is the formation of a truly unholy alliance. Enemies of the West – including Russia, Syria, Iran, the Islamic State, and others – are working together – even if they are traditional enemies themselves such as Shiite and Sunni Muslims, or Russia and Iran – in order to destabilize the world and seize power for themselves.

For example, Shia Iran is supporting Sunni Hamas because they both want to see Israel wiped off the face of the planet. Eager to spread its vision of Islamic revolution throughout the Islamic world, Iran has been strategically expanding its reach through proxy terror organizations ever since it overthrew the Shah in 1979 and established the Islamic Republic of Iran.

At the same time, Russia’s activity in the Middle East has greatly increased as our former Cold War foe attempts to regain a foothold in the region and assert control over lucrative oil resources.

As Iran seeks to fill the vacuum and oppose American interests around the world, it has cultivated an alliance with Russia, a nation led by a former Cold War intelligence officer who dreams of returning Russia to its Soviet-level influence in the region and throughout the world.

Our enemies no longer fear us and our allies don’t trust us.

When we show weakness, they show strength. When we withdraw, they advance. When we lack strategy, they execute their strategy. And let there be no doubt, this will result in more terrorist attacks, more aggression, more lives lost, and a reshaping of the world order.

Nowhere is the unholy alliance between Russia and Iran more clearly displayed than in their partnership with Syrian president Bashar al‑Assad against the rebel forces attempting to overthrow his regime. Both Russia and Iran have supported Assad’s regime as part of a strategic alliance.

Iran and Russia share one goal in Syria – to keep the Assad regime in power. In July 2015, Iran and Russia rapidly and significantly increased their political and military cooperation.

Ultimately, if Russia and Iran continue to fight for the Assad regime in Syria, the result will be an expansion of Iran’s influence in Syria. This expansion will further destabilize the Middle East by placing Iranian forces in Sunni-Arab lands as well as on the border with Israel, expanding the Iranian hegemon, and strengthening Russia’s presence in the region at the United States’ expense.

One thing is clear: when the United States fails to lead, enemies of freedom will fill the vacuum and do everything they can to spread terror and oppression.

This is not just a matter of geopolitical gamesmanship between global superpowers. Real lives are on the line – the lives of Christians and other religious minorities in the Middle East, women and children, and innocent people of all ethnicities and nationalities. But as history has also made clear, in a globalized world, terror and chaos are not contained in one region. What happens there will impact our lives here in the United States as well.

But all hope is not lost. The United States and our allies can defeat this wave of aggression and terror.

In my new book – “Unholy Alliance” – I reveal an action plan we can take to eliminate this dangerous threat.

First, we must clearly identify the enemy.  Call the enemy what they are: radical jihadist terrorists who are at war with us. They will stop at nothing to destroy us and our way of life.

Further, the U.S. needs strong leadership and deep resolve if we are to succeed in this new war. Though the Nazis have been vanquished and communism has been diminished, we now fight a more ancient and ideological foe –- a foe that wants each and every single one of us dead.

Our country has fought evil and defended the oppressed. In order to do so again, we must realize the true nature of the enemies who stand against us and proclaim the shared values that have made America so exceptional all along.