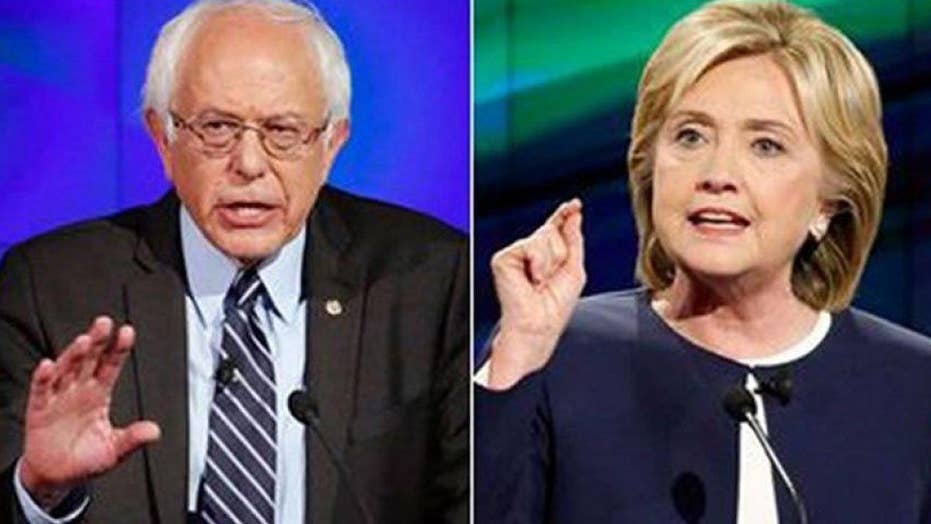 Clinton calls for party unity as Sanders vows to fight on

Coupled with throwing chairs, screaming obscenities and even booing Senator Barbara Boxer as she spoke, Bernie Sanders’s supporters turned last weekend’s Nevada Democratic convention into a total free-for-all. From the descriptions and video evidence, this was what we’d expect from a Trump rally.

Indeed, for all the criticism Sanders piled on Trump when he was seemingly unable to control his supporters – or lacking any interest in controlling them – Sanders has not lived up to the standard he has demanded of others. His statement on the weekend’s events showed no concern.

He wrote, "Within the last few days there have been a number of criticisms made against my campaign organization. Party leaders in Nevada, for example, claim that the Sanders campaign has a 'penchant for violence.' That is nonsense. Our campaign has held giant rallies all across this country, including in high crime areas, and there have been zero reports of violence." He went on to blame Democratic leadership for using "its power to prevent a fair and transparent process from taking place."

And while Sanders is correct that his supporters are not regularly unhinged, it’s also critical to note that the numbers are clear – and they’re on Hillary Clinton’s side. She won the Nevada caucus in February. Why she shouldn’t then be entitled to a greater share of the pledged delegates is beyond me. But it was clearly not beyond Sanders backers – and potentially Sanders staff – to tell those at the convention that the process was rigged in favor of Clinton.

Doing this is not only dishonest, but totally irresponsible both in the moment and for the future of the Democratic Party. In pitting Sanders and Clinton supporters against each other in this way, Sanders and his team are threatening Clinton’s chances of beating Trump in November.

You know how serious this threat to general election prospects is by how many liberals and liberal outlets have turned on Sanders over this.

CNN contributor Sally Kohn, who endorsed Sanders, wrote an article in Time called “I felt the Bern but the Bros are extinguishing the flames.” Kevin Drum writes in Mother Jones,

“The one thing I do keep wondering about is what happened to Bernie Sanders. Before this campaign, he was a gadfly, he was a critic of the system, and he was a man of strong principles. He still is, but he’s also obviously very, very bitter. I wonder if all this was worth it for him?” And Sanders supporter Charles Pierce of Esquire offered, “I voted for Bernie Sanders…But if anybody thinks that, somehow, he is having the nomination “stolen” from him, they are idiots.”

To borrow Pierce’s language, any Democrat who thinks that the division Bernie Sanders is fueling isn’t hurting Hillary Clinton is also an idiot. Just look at the new Fox News poll which has Trump up 45-42 percent nationally and leading substantially with independents (16 points) and men (22 points). Trump is even ahead of Clinton with white women. Yes, she’s still winning women overall and has big leads with African-Americans and Latinos, but her vulnerability is clear.

Senate Democrats met this week to discuss how to handle Bernie Sanders. This is certainly necessary, but apt to further anger his supporters whom they desperately need going forward.

Perhaps a personal appeal from Clinton would help. But I remain unconvinced that Sanders is going to tone down his rhetoric. Even if he acknowledges that the math isn’t on his side, he’s now going gunning for reforming the process. And when someone has been so resoundingly behind the idea of bringing revolution to American politics, it’s hard to see him making any substantive changes.

Sanders will lose. But Democratic unity will, too, and that’s the real shame here.