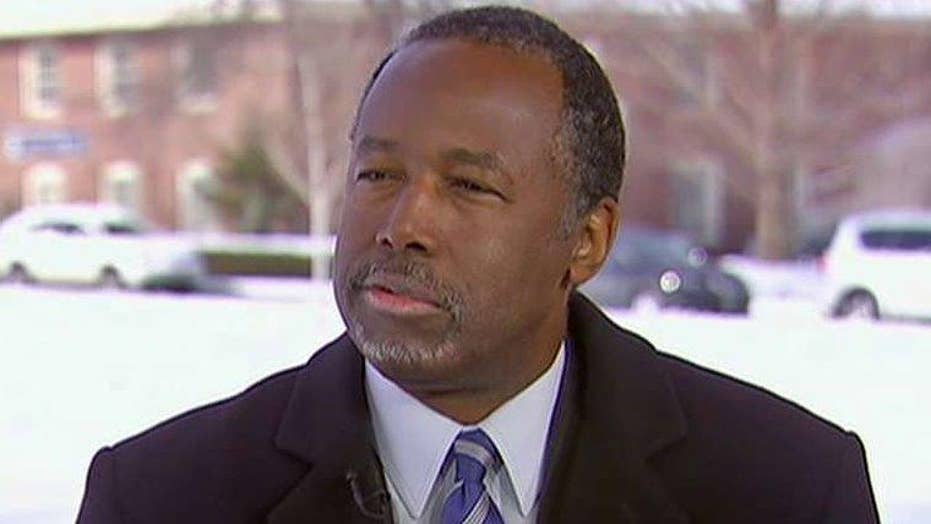 Ben Carson: I am aiming to really change this country

Republican presidential candidate on state of his campaign

It may surprise some to learn that America’s military tradition far predates the country itself.

In 1636, more than a hundred years before the Declaration of Independence, the Massachusetts General Court ordered all male colonists of able body to stand in defense of the colony in times of need. There was no pay or benefits for serving in the militia. Fighting for the common defense was simply the price of survival.

Our National Guard can trace its lineage back to these brave colonists nearly 380 years ago.

As descendants of these militia men eventually organized to fight for their independence, the American military came into existence. And since then, through 240 years of history, courageous men and women have always stood ready to defend this great nation, with many giving “the last full measure of devotion.”

Today, America is blessed to be defended by an all-volunteer military -- soldiers, sailors, airmen and Marines who selflessly choose service to their country, so that the rest of us can continue to enjoy liberty and prosperity in peace. We cannot, however, take for granted those who serve in our stead.

Each of us still has a role to play in the common defense, and our price for survival is the care of our veterans. We have made a sacred promise to every man and woman who chooses to put on the uniform, that their commitment to country will be rewarded by their country’s commitment to them. That is why it is so troubling to see the sorry state of our current Department of Veterans Affairs (VA).

The VA is supposed to be the vehicle through which we uphold our promise to our veterans. Providing timely, accessible and high quality support and care isn’t a goal, it’s an obligation, which deplorably, our current VA is unable to meet. That is why I have put forth a plan to reform the VA and its associated health care system to better provide for those who pledged to defend our nation.

As president, I will push Congress to pass bipartisan VA reform. Much like the reorganization of the Department of Defense in the 80s, I will streamline the bureaucracy to empower the secretary, create accountability, and reform contracts and acquisition practices.

As it now stands, the secretary of the VA isn’t properly equipped to make the systemic changes needed to improve the delivery of care to our veterans. A culture of inertia and entitlement has cemented into place a lethargic and unresponsive bureaucracy. Incoherent and dysfunctional incentive programs reward the wrong people and fail to attract the brightest, most dedicated employees. All the while, acquisitions and hiring programs have failed to control soaring costs, robbing resources from the veterans who need them most.

As president, I will ensure the VA secretary has the support and authority to change the current organizational culture, enforce accountability and rein in outrageous costs.

Finally, caring for our veterans’ demands we address the broken health care system that has too often let them and their families languish in bureaucratic nightmares or dilapidated facilities.

My plan would leverage a national health care system overhaul that replaces the failing mandates and costly price hikes of ObamaCare with Health Empowerment Accounts (HEA) for every American citizen. Giving everyone an HEA will ensure our military personnel and their families have access to health care from day one of their transition to civilian life.

It will also give them the freedom to make their own health care choices. If their assigned VA facilities are inaccessible, inefficient, or even just less desirable than military or private options, they can seek care elsewhere. This flexibility will empower our veterans while creating cost competitive solutions to save money for them and the country as a whole.

Finally, great work has already been done to establish private and government ‘Centers of Excellence” for some of the most troubling combat related injuries our veterans face. Whether traumatic brain injury, post-traumatic stress disorder, prosthetics or any other scar of war, I will push the VA to continue to pioneer new treatments and provide state-of-the-art care for all our veterans.

Defending the country was once the sole realm of “We the People.” Today, that burden has been taken up by the courageous and dedicated volunteers of the U.S. military. But our national responsibility for common defense has never been more crucial than it is now.

As president, I vow to defend our men and women in uniform, and do everything in my power to ensure that our nation stands up for those who have stood to defend us all.

Ben Carson, M.D. is Professor Emeritus of Neurosurgery at Johns Hopkins University and and a 2016 GOP presidential candidate. His policy plans are available at www.bencarson.com.