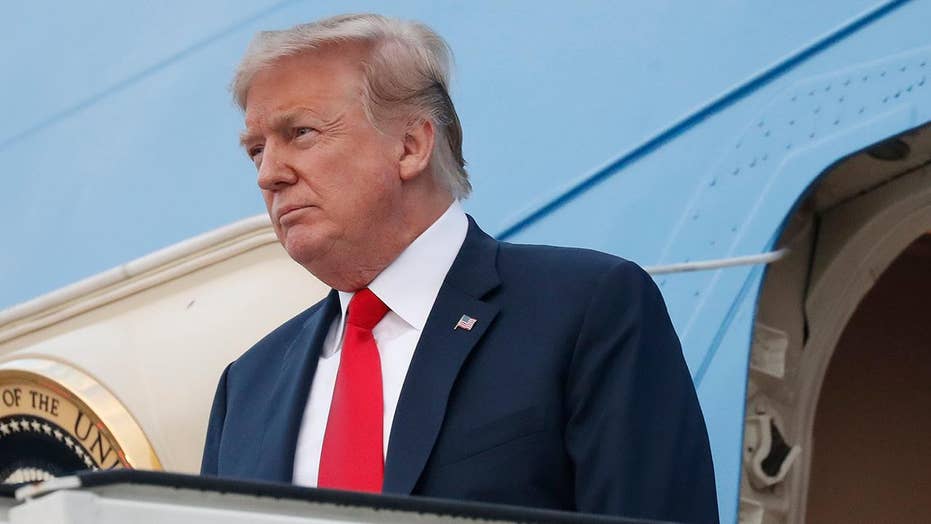 President Trump arrives in Brussels ahead of NATO Summit

The president prepares to meet with European leaders after being very critical of NATO in the days leading to the summit. Greg Palkot reports.

President Trump is in Europe, attending a two-day NATO summit in Belgium as part of a trip that will include meetings with British Prime Minister Theresa May and Russian President Vladimir Putin. The American political establishment has learned over the past 18 months that with President Trump in office, business as usual is over. The international political establishment is now finding this out as well.

Countries in the European Union and Asia in particular are coming to grips with the fact that President Trump is fighting for fair trade and security for our citizens – putting “America First.”

The United States has spent the seven decades in the post-World War II era going above and beyond the call of duty in providing security and financial aid around the world. Since 1949, our steadfast allies in NATO have gotten used to America doing more and more for everyone, while expecting little in return.

Over the course of the past 20 years or so, the American people have grown weary of their government prioritizing seemingly everything but the hardworking American taxpayer. These are the forgotten men and women who wake up early every day, go to work, pay their taxes on time, and take care of their families. Fighting for these folks is a big part of the “Make America Great Again” Trump doctrine.

Throughout history, leaders of entrenched power structures have not reacted well to change. But President Trump has courage to take them on when necessary.

President Trump is not interested in continuing the failed status quo that’s been perpetuated by presidents of both parties for decades. On issue after issue, if he sees a policy that he believes is not in America’s best interests, this president is asking the tough questions that career politicians never do.

To tens of millions of American voters it’s just common sense; and it’s precisely the outside-the-box thinking that propelled the change agent Donald Trump to the presidency in the first place.

With attention focused on President Trump’s outstanding choice in nominating Judge Brett Kavanaugh to succeed retiring Justice Anthony Kennedy as the next associate justice on the Supreme Court – and on the heels of the our trade disputes with other nations– the president is in Brussels to advocate for America once again at the NATO summit.

President Trump prides himself on taking a fresh look at how American taxpayer dollars are spent at home and abroad. That means he is not a typical politician in the mold that organizations like NATO have grown used to.

The businessman and master negotiator in the president has him taking reform-minded stances on behalf of the American people.

Throughout history, leaders of entrenched power structures have not reacted well to change. But President Trump has courage to take them on when necessary.

The president asks simple straightforward questions like: Why does the United States pay so much to support NATO’s mission compared to every other NATO member?

Similarly to renegotiating some of our unfavorable trade deals, President Trump knows nothing will change unless he educates the American people and the world that the United States can ask to be treated fairly in international relationships and agreements – just like everyone else.

NATO member nations have committed to try and spend 2 percent of their gross domestic products on national defense. President Trump wants to know why only five countries have reached that goal, when the United States is leading the way with over 3.5 percent of U.S. GDP spent on defense – a much larger share of GDP than every other country.

For example, why is an economic powerhouse like Germany only spending 1.24 percent of its GDP on defense?  Would it be too much to make the 2 percent threshold a requirement instead of a suggestion?  After all, there is nothing more important to citizens than their national security.

If President Trump thinks the United States is being taken advantage of, he’s not going stand idly by and let it happen. The bottom line is that if all 29 countries in NATO made good on their 2 percent commitment, the U.S. taxpayer would be paying less.

President Trump takes seriously our security commitments. However, we need our allies to step up and do the same. It’s only fair.