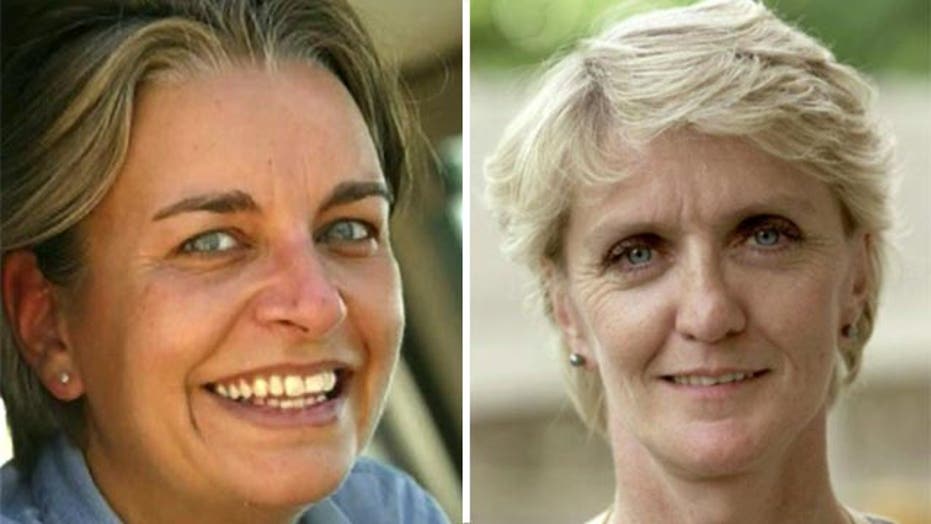 One AP journalist dead and one wounded ahead of historic elections

I first met AP reporter Kathy Gannon in 1993 when I arrived in Islamabad, Pakistan to live for the first time as a young reporter. She soon became one of my best friends.

She had just returned from Afghanistan where another AP reporter Sharon Herbaugh had been killed in a helicopter crash while travelling with the Mujahideen. Sharon had been terrified to fly. Kathy had gone to receive her body and return it home to her family in Colorado.

The AP has suffered tremendous losses in Afghanistan.

Kathy Gannon is, bar none, one of the bravest reporters I have ever met.

She matter-of-factly would speak of hiking on foot with the Mujahideen through the Hindu Kush while the Soviets still controlled Afghanistan.

Once she and the others were so dehydrated that she nearly did not make it back across the border to Pakistan.

She refused to cover her hair for many years while covering the rise of Islamic extremism in Afghanistan. It was a statement of solidarity to the women of Afghanistan who remembered wearing mini-skirts in Kabul before the dawn of the Mujahideen and Taliban.

She was the first Western journalist to arrive in Kabul after 9/11. The Taliban gave her a visa.They knew her from the many years she had spent covering Afghanistan.

She could get their leaders to answer the phone on the first ring. She still can.

She also was Canadian and her Canadian passport, some thought, would protect her in the wake of the U.S. invasion. She was there when the first U.S. troops arrived in Kabul.

Today, those same troops are helping save her life.

Eyewitnesses say the two reporters, Gannon and the AP’s Pulitzer Prize-winning photographer Anja Niedringhaus were waiting in a blue station wagon outside an election headquarters in Khost in eastern Afghanistan, a stronghold of the Haqqani Taliban network.

A police officer with an AK-47 walked up to the back of the car and opened fire after shouting, “Allahu Akbar.” Niedringhaus -- one of the very best war photographers in the world, according to her colleagues -- was killed instantly.

The recipient of the 2005 Pulitzer Prize for photography for her work covering the Iraq war, Niedringhaus and Gannon were friends.

I remember seeing a photo of Niedringhaus on Kathy’s Facebook page just days ago. Anja was smiling, sitting in the Kabul airport having just returned in early March to cover Afghanistan’s presidential election.

Just a few days ago, Anja took a photo that appeared in the New York Times and posted a story to her Twitter account about the beloved AFP reporter Sardar Ahmed and his wife and daughter who were killed when Taliban gunmen went on a shooting rampage at the Serena hotel on March 21. It was a tribute to the Afghan reporter.

When the shooting was still ongoing at the Serena Hotel that day, I immediately reached out to Kathy, whom I feared was at the hotel and caught in the rampage.

Fortunately, she was in Islamabad. She reassured me that she was fine, but told me she was heading to Afghanistan to cover the election.

I told her to be careful.

AP reporter Kathy Gannon, has been covering Afghanistan since 1988. The AP released a statement saying she is currently in stable condition. When Gannon first arrived in Kabul the Soviets still controlled the capital. Her book "I is for Infidel: From Holy War to Holy Terror in Afghanistan" is a must read. There is no more seasoned reporter who has covered Afghanistan in the past 30 years.

AP Executive Editor Kathleen Carroll issued the following statement from New York: "Anja and Kathy together have spent years in Afghanistan covering the conflict and the people there. Anja was a vibrant, dynamic journalist well-loved for her insightful photographs, her warm heart and joy for life. We are heartbroken at her loss."

According to a her obituary written by the AP, Niedringhaus “didn't stop caring when she put down the camera."

Niedringhaus, 48, began working as a photographer while still at university for various newspapers and magazines. Her coverage of the fall of the Berlin Wall led to a staff position with the European Pressphoto Agency in 1990.

Based in Frankfurt, Sarajevo and Moscow, she spent much of her time covering the brutal conflict in the former Yugoslavia.

She joined The Associated Press in 2002, and while based in Geneva worked throughout the Middle East as well as Afghanistan and Pakistan.

In 2011, she photographed a Marine who had been evacuated from Afghanistan with severe injuries. She wanted to know what happened to him, and after six months of searching she found him.

She showed him her photos from that day, and gave him a piece of wheat that had stuck to his uniform when he fell; she had plucked it and saved it when she was done taking photographs.

If there is one thing for which I am certain, Kathy Gannon would not want the focus to be on her today as Afghans prepare for their most important election since the fall of the Taliban.

She would want people to be talking about the women of Afghanistan.

She would want people to focus on how since the Taliban were overthrown 12 years ago, 3 million girls are now in school. None were allowed to be educated under the Taliban.

Infant mortality for children under the age of 5 is now down from 46 percent when the Taliban were ruling Afghanistan to 12 percent today, according to figures provided by the US House Armed Services Committee.

Maternal mortality for Afghan women has gone from 15 percent to less than one percent since an international coalition of troops invaded Afghanistan to overthrow the Taliban after 9/11.

Twenty-seven percent of the Afghan Parliament is now made up of women. The international community can be proud of what it has helped Afghan women achieve after 13 years of war.

All of it is threatened to be undone if the Taliban return to power, making Saturday’s election one of the most consequential in Afghan history.

AP photographer Anja Niedringhaus won’t be there to bear witness, nor will Kathy Gannon, for now.

The rest of us must.