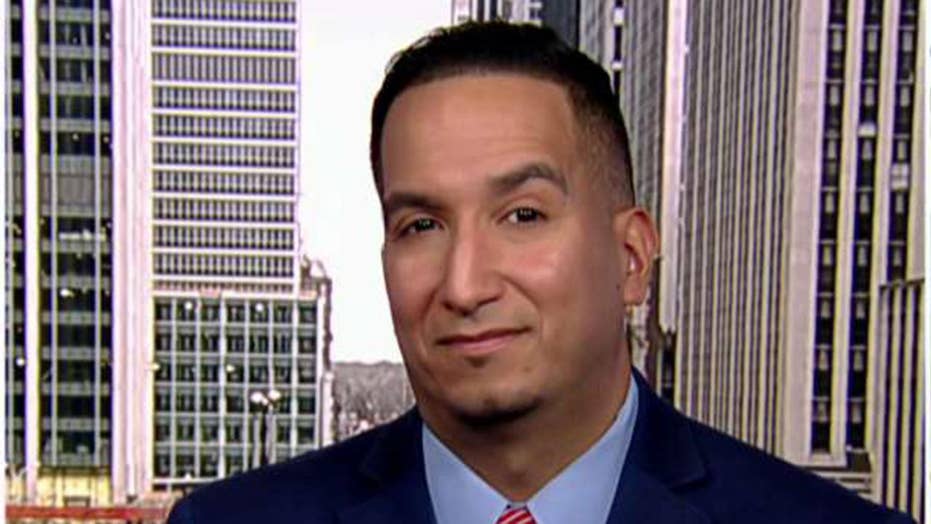 Rivera: The Democrats are playing politics with something regarding safety, most people are not affected by the shutdown

Just when it looked like President Trump might cave in to Democratic opposition to his signature issue of a building a wall on the U.S.-Mexico border, he has taken a principled stand and is holding firm on his demand for about $5 billion in wall funding from Congress.

As a result, the partial federal government shutdown that began Saturday morning will continue for at least several days, because the Senate has adjourned until Thursday for the Christmas holiday.

Republican members of Congress have promised in the past to fight for the border wall – a commonsense position, because the wall will unquestionably make it harder for illegal immigrants and criminals to enter the U.S. But in the face of strong Democratic opposition, congressional Republicans have failed to deliver.

President Trump’s determination to keep his campaign promise to build a wall in the interests of America’s national security stiffened the resolve of Republicans in the House of Representatives.

The GOP has only days left as the majority party in control of the House. Democrats will become the majority party Jan. 3, as a result of their victories in the Nov. 6 midterm elections. The new Democratic majority is determined to frustrate the will of the president and the American voters who elected him, and so will fight to block funding for a border wall.

Despite the claim by House Democratic Leader Nancy Pelosi of California in an Oval Office meeting that the president didn’t have the votes to approve wall funding in the House even while it remains under Republican control, that body passed a budget with $5.7 billion for the wall by a decisive 217-185 vote Thursday.

Democrats in the Senate threatened a filibuster to prevent a vote on the bill funding a portion of government. They effectively shut part of the government by not allowing the revised federal budget legislation passed by the House to reach Trump’s desk.

Democrats are uniformly opposed to the partial shutdown – but all they have to do to reopen government is to approve funding for the border wall. It’s their refusal to allow the Senate to approve the funding bill passed by the House that is responsible for the shutdown.

While the GOP currently holds a 51-49 majority in the Senate, 60 votes are needed to overcome a filibuster.

Democrats are uniformly opposed to the partial shutdown – but all they have to do to reopen government is to approve funding for the border wall. It’s their refusal to allow the Senate to approve the funding bill passed by the House that is responsible for the shutdown.

The Democratic position today is wildly inconsistent with the position of Democrats in Congress just a few years ago.

Many Democrats used to be in favor of getting tough on illegal immigration. Back in 2009, Sen. Chuck Schumer, D-N.Y. – now his party’s leader in the Senate – actually boasted about the border security improvements he supported. He praised “construction of 630 miles of border fence that creates a significant barrier to illegal immigration on the southern land border.”

In 2006 Schumer warned: “We need to make sure the flood of new immigrants does not drown our local governments out.”

And in 2006, Schumer and then-Democratic Sens. Hillary Clinton of New York, Joe Biden of Delaware and Barack Obama of Illinois voted for the Secure Fence Act, which provided for 700 miles of border barriers.

How times have changed.

Today these Democrats and others and oppose the wall, primarily because Trump wants it and because the increasingly far-left Democratic base hates it. They relish the idea of diluting the votes of current U.S. citizens more inclined to vote Republican by laying the groundwork for illegal immigrants to eventually gain the ability to become citizens and Democratic voters.

Democrats are also on thin ice in claiming the wall is too expensive.  Soon the federal budget will be a whopping $4.5 trillion. Trump’s current wall request is a drop in the bucket for federal spending, and will eventually save money compared to the cost of higher crime, welfare payments and incarceration that result from not having a wall.

Given this hypocrisy, driven brazenly by the Democrats’ lust for power above all else, Trump is right to fight for a border wall.

A new poll released Tuesday by Quinnipiac University shows support for a border wall climbing to an all-time high – jumping five points since August to 43 percent.

Furthermore, 86 percent of Republicans support the wall and independents are nearly tied at 47 to 51 percent.

Overall, 54 percent of respondents still oppose the wall, but this is understandable and probably overstated given hysterical media opposition and our open-border elite’s false insinuation that wall supporters are racist.  The trend of growing support for the wall favors Trump.

As to the partial shutdown itself, Washington is having a hissy-fit that is probably not shared by average Americans. Some Washington Republicans have been gun-shy about shutdowns since a showdown in 1995-1996 between then-President Bill Clinton and then-House Speaker Newt Gingrich, R-Ga., shut the government for weeks. Republicans took most of the blame.

The correct lesson from that episode is that the president has a superior bully pulpit and ability to assign blame in a shutdown.

Even left-wing Politico concluded: “Democrats lost the shutdown war” last January when they briefly closed the government in a quest for a broader amnesty for so-called “Dreamer” illegal immigrants than the generous one President Trump offered.

As then, Trump is now on solid ground. It helps that the shutdown is only partial, with the military and entitlements fully funded for the fiscal year that runs through September.

Even if the shutdown stretches for weeks or months into the new Congress, average Americans won’t be impacted. Trump has the breathing room he needs to put immense pressure on the Senate to eliminate the filibuster for budget and tax votes – a step that would paradoxically strengthen Congress by restoring its power of the purse.

Trump’s move to get wall funding must be startling to his opponents at home and abroad. Many in the anti-Trump media have sold them the line that the president has been weakened politically since the midterm elections and amid stock market turbulence – and that he is desperate for a win.

But unlike many politicians, President Trump takes his campaign promises seriously. He promised the American people he would build a wall to protect us – and he is sticking to that promise as he fights obstructionist Democrats for needed funding for this national security measure.