President Trump says he hopes U.S. is not on a path to war with Iran

OK, so here’s my bias: I’ve been very skeptical – particularly since the GOP lost the House as a wave of once reliably Republican suburban districts went Democratic – that President Trump would be able to repeat his 2016 victory and win a second term.

The strength of Trump’s challenge is apparent from all the recent polling. Although Voters give him high marks for the economy – with the latest Fox News poll showing that 48 percent approve of the job he’s doing maintaining a solid recovery and jobs growth – the same poll shows him with a lower approval overall. Few polls give him over 50 percent approval, as most show him stuck in the mid-40s

But it doesn’t stop there: A number of polls have been released showing how Trump appears likely to fare in a general election contest: The Fox News poll found that only 38 percent nationally said they would probably vote for Trump, while 54 percent said they’d probably vote for “someone else.”

Testing out a range of potential opponents, the Fox News poll indicated that his worst showing was against former Vice President Joe Biden, to whom he is seen losing 49 to 38 percent. Trump’s best "trial heat" is against national neophyte Pete Buttigieg. The South Bend mayor gets 40 percent while Trump gets 41 percent.

Regardless of Democratic candidate, Trump gets in a range of 38 percent to 41 percent support, in a head-to-head trial election. He’s the incumbent. He’s well-known. It’s very difficult to see an incumbent grow dramatically when polls show him that weak, particularly against fairly unknown opponents. 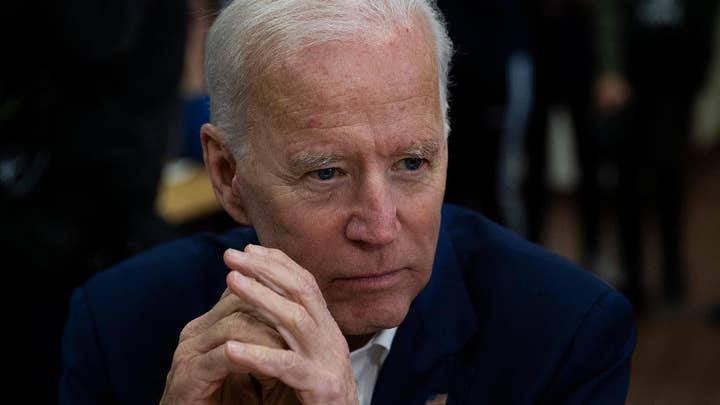 In a world where most political scientists believe that economic job growth is the key metric to understanding an incumbent president’s chances of re-election, and with employment at 50-year highs – that is very bad news.

The die is cast.

Or at least, that was my incoming assumption. I’m beginning to rethink this, and now see how Trump may in fact be positioning himself to recapture the White House. At the heart of it are a number of actions, especially against China, in which Trump is pursuing apparently unpopular and controversial policies.

Trump has several big bets on the table. If just a few turn his way, he's set to get re-elected.

Unpopular policies that may help re-election? Bizarre, yes. Read on.

Trump’s biggest challenge is that, even though he gets credit for the strength of the economy, it so far hasn’t translated into more general support. For whatever reason, the Trump Brand – which initially intrigued 2016 voters and then convinced them that it would “drain the swamp,” has not been able to expand beyond the solid base of roughly 45 percent of Americans, despite the positive job picture.

From his start as a New York developer from the outer boroughs, Trump has been able to craft a very clear "Trump Story." He's the guy who redeveloped an old New York hotel, at a time when everyone thought the city was on its last leg; the guy who looked to be buying up all the best properties in the city, including the Plaza Hotel; the guy who expanded in Atlantic City at a time when everyone thought it was going in the wrong direction.

True, many of these deals went the wrong way. But enough of Trump’s long-shot bets went Trump’s way that he was able to survive a series of bankruptcies. Even when many banks stopped lending to him, he figured out a way to make his brash personality sell as a “brand” that other developers licensed for their buildings, turned it into a highly rated TV show, and finally used it to become president.

Throughout, Trump accumulated a series of specific examples that fit the overall "Trump story" of the brash business guy who bet against the odds and against conventional wisdom but still wound up winning. The theme of all those early Trump successes was simple: "Only Trump can fix it."

What does that have to do with the economy and 2020?

His presidency has basically followed the same storyline: reject the conventional wisdom of wiser counsel (even on his own staff), and roll the dice on something that seems a big long shot.

That’s what he did in his summits with North Korea leader Kim Jung Un, when he tore up the Iran deal, when he moved the U.S. embassy in Israel to Jerusalem, and when he renegotiated NAFTA with Canada and Mexico.

But with the limited exception of renegotiating NAFTA, which really didn’t change much, none of them were core to the economy and jobs. 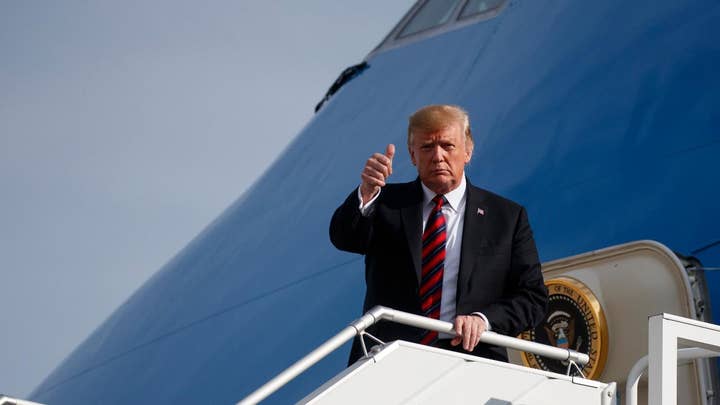 Now, however, he is taking on two major challenges and both are core to how Americans view the economy: Trade with China and immigration.

On China, he’s taking on an issue – how China has become the manufacturing capital of the world and is on its way to being the leading global economy – that many Democrats agree is very important. Even Senate Minority Leader Chuck Schumer, D-N.Y., gave him some support.

But he’s taking on the issue in a classic Trump fashion – with his own unique approach that most in Washington – including Schumer – disagree with. Trump’s name is on these tariffs. Moreover, the press is beginning to appreciate that China has been behaving badly on trade – and there’s some evidence that the Chinese may be looking for a way out, in order to keep their economy growing.

Similarly, he is seeking to change the foundation of U.S. immigration policy from one focused on helping reunite families and help people fleeing other lands – to one more focused on “merit.”

In the same way, most Americans disagree with what he’s doing on immigration. Only 41 percent currently approve his immigration policy, while 54 percent disapprove it. Still, since the poll was released, Trump has doubled down on his approach, proposing his new immigration policy on Thursday.

But that’s the essence of what might turn out to be a winning strategy.

All these actions are branded “Trump.” They’re both unconventional and risky (just as his actions were viewed in New York development circles). But just as in New York, he only needs a few to go “Trump” for people to take notice.

If they don’t work out well, people will say, "Well, I always knew that wouldn’t work." In other words, from a public opinion perspective, a loss won’t detract from his standing.

But if No. 1 or 2 work out – especially on issues core to voters’ understanding of the economy, such as China, enough voters may conclude, that, yes, indeed, only Trump can fix it.

Trump has a bunch of long-shot bets on the table – all of which underscore his story. If just a few turn his way, he gets re-elected.