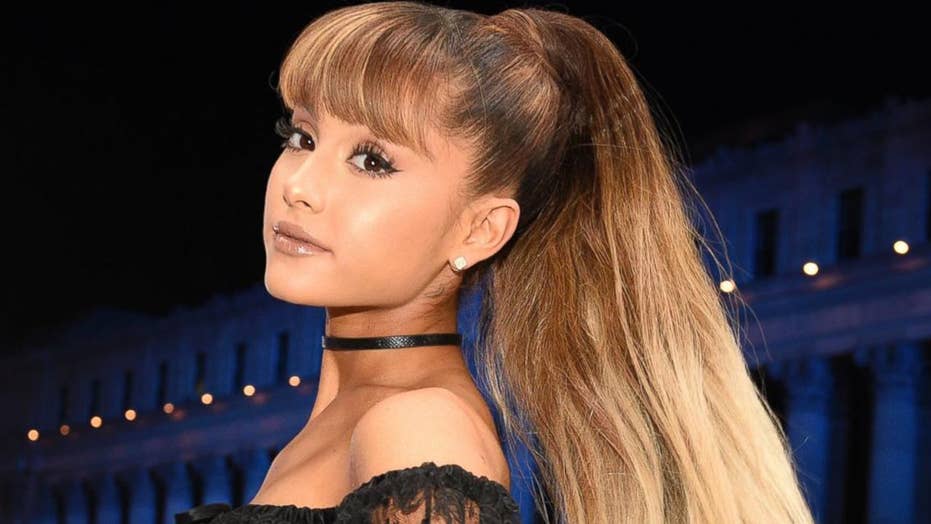 Like Malala Yousafzai, Ariana Grande is still a girl herself (well, she is a very young woman), and yet she is battling misogynist, anti-Western hate with love - not love for the Islamist jihadist who murdered 22 mainly young girls and wounded 116 other concert goers in Manchester -- but love and compassion for his innocent victims.

Grande has chosen to stand with the wounded and the traumatized, to make a difference in their lives.

Whatever trauma she herself might have experienced is not as important to Grande as is adopting a moral stand in the face of evil.

She is choosing the path of compassion, taking courage in both hands, and planning to face the demon down by singing.

Grande has chosen to stand with the wounded and the traumatized, to make a difference in their lives. Whatever trauma she herself might have experienced is not as important to Grande as is adopting a moral stand in the face of evil.

While I personally view half-naked and provocatively dressed female singers as conformists, not rebels, as far as the secular patriarchy goes, this is the kind of "Girl Power" I can support. Go Ariana, go!

While such acts of compassion are also good publicity, what does that matter? Grande is still doing the right thing.

In a statement, she says: "We will not quit or operate in fear. We won't let this divide us...Our response to this violence must be to come closer together, to help each other, to love more kindly and generously than we did before."

Grande, accompanied by Justin Bieber, Coldplay, Miley Cyrus, Katy Perry, Pharrell, One Direction's Niall Horan, Take That and Usher, (the list is growing), will headline a special "One Love" benefit concert on June 4th, in Manchester. This show will be broadcast on BBC international and streamed worldwide.

The net proceeds will be donated to the We Love Manchester Emergency Fund, founded by the British Red Cross and the Manchester City Council.

Grande has reportedly offered to pay for all the funerals for the victims of the attack. All those who attended the first concert will get free tickets to Sunday's event.

Ariana's mother, Joan, referred to the bombing as a "diabolical act of terror." She is, perhaps, even braver, or perhaps, a bit more knowledgeable and more able to speak her mind than her daughter can. Ariana has said: "We will never be able to understand why events like this take place.."

But we can and do understand why. The ceaseless and well-funded Islamist indoctrination against Western values and Western freedoms; against naked-faced girls and women who are strutting about on a stage, wearing make-up; the dream of a global Caliphate which will "cleanse the shame" of Islamic imperialism having been stopped centuries ago at the Gates of Vienna and in Spain; the promise of Paradise Now plus 70 virgins for all those male jihadists who kill the infidel--absolutely led to the human homicide bombing of the Manchester stadium.

I am told that some of the survivors of the Manchester bombing will sing on stage with Grande. There are many ways to “not let the terrorists win,” as has been said ever since terror attacks began in the West. Coming together in song may seem innocent but it is all a part of resistance to barbarism – and resist we must.

Phyllis Chesler, Ph.D. is a fellow at the Middle East Forum and Emerita Professor of Psychology and Women's Studies. She is the author of 4 studies about honor killings and 18 books. Her latest is "A Politically Incorrect Feminist."