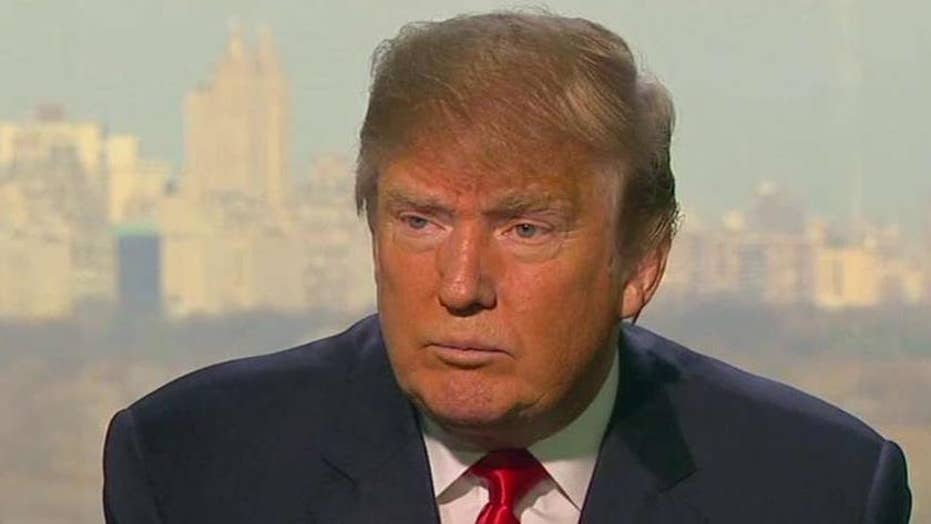 Donald Trump responds to his critics

The Republican presidential frontrunner sounds off on the prospect of a brokered convention and his controversial call to ban Muslims from entering the U.S.

Fear of terrorism in the United States is helping drive Donald Trump’s candidacy and it has led to Trump’s breaking all previous boundaries in saying what he thinks needs to be done to stop it.

He’s not alone is his views.  A recent Wall Street Journal/NBC News poll showed tens of millions of Americans agree Muslims should not be let into the United States.  According to this poll, 42% of Republicans support his proposed Muslim ban, along with 11% of Democrats, and 30% of independents. The majority opposes it, but a lot of Americans are for it.

In 2009, I was on a panel of former top aides to President George W. Bush at an event at the National Constitution Center in Philadelphia.  A college professor stood up and asked about President Bush’s “repeated violations of the Constitution,” referring to his creation of military tribunals, the Guantanamo prison, indefinite detentions, and a host of other criticisms.

President Bush understood on September 12 that if we were hit again, the cry from across America to do “whatever it takes” would have been deafening.

The desire for a strong response to protect the nation explains one reason Mr. Trump is gaining traction, but it also shows how carefully the Bush administration worked to follow the Constitution without reverting to the extremes Mr. Trump wants to follow.

In the Bush years, the groundswell of support for going too far never took root because a second-wave attack was prevented.

President Bush understood on September 12 that if we were hit again, the cry from across America to do “whatever it takes” would have been deafening.

As a result, many anti-terror measures were put into place that President Obama has largely maintained, despite his campaign rhetoric in 2008.  Among these are drone strikes, which President Obama increased, including the killing of American citizens; indefinite detention, which President Obama has continued, even though he proposes to hold prisoners indefinitely in the U.S., not at Guantanamo; military tribunals, which, while seldom used, remain in force; and even warrantless wiretaps, which despite a change in whether it’s the National Security Administration or the phone companies that hold the metadata, the warrantless wiretap program remains in effect.

For fourteen years, a bipartisan foundation for how to prevent domestic terror has been built, started by President Bush and largely continued by President Obama, even though for political reasons he’s loathe to credit his predecessor.

So much for Bush violating the Constitution.

If these actions hadn’t been taken, and the United States was hit again, or if we’re hit now, the cries will grow for our government to go further and do more.  Support for Donald Trump will likely rise, across the political spectrum.

If we’re going to defeat ISIS and protect our homeland, we need Muslim allies helping us, domestically with intelligence and abroad with fighting forces, which makes Trump’s call to stop Muslims from entering the U.S. not only a bad idea from a moral point of view, but also a rotten idea from a security point of view.

We shouldn’t drive away the very people we need to rely on to win.  But Trump likely won’t stop there.  He has hinted that he might use nuclear weapons against terrorists. Who knows how far he’ll go or what he’ll say next.

I don’t want to find out.

The best way to stop America’s legitimate fears of terrorism from becoming Donald Trump’s springboard to the presidency is to prevent another attack on our country and to defeat ISIS.

If President Obama doesn’t want to be succeeded by Donald Trump, he needs to increase surveillance at home and substantially step up our efforts abroad.

If we’re hit again, there’s no telling how far the American people will want to go.