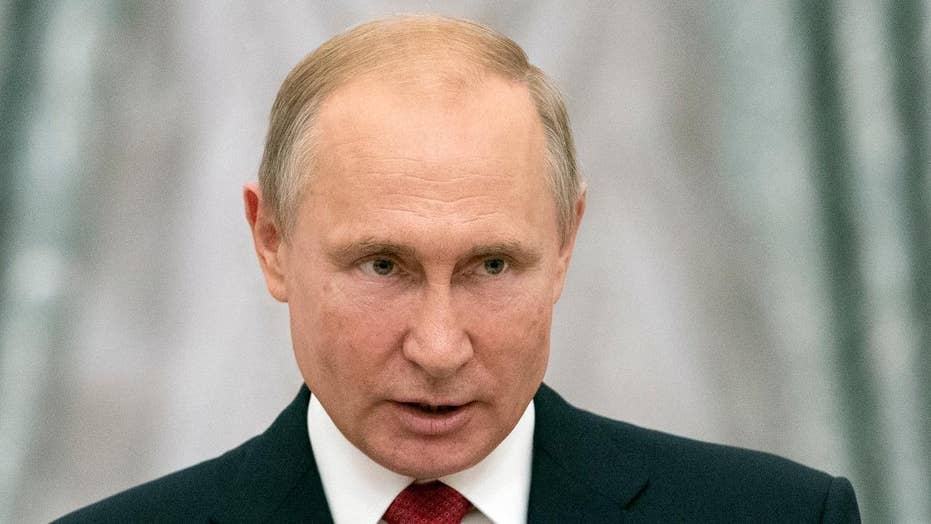 Anti-Russian hysteria appears to be replacing calm calculations of our national interest as the basis for U.S. foreign policy toward Russia – and that’s a big mistake.

The hatred and fear of all things Russian has reached a fever pitch in America today. Indeed, so powerful are the emotions and concerns over Moscow’s interference with the 2016 presidential election that many have asserted that America must aggressively wage a Second Cold War until Russian President Vladimir Putin is forced from power.

One consequence of this anti-Russian feeling came Wednesday, when the Trump administration announced it will impose new economic sanctions on Russia in response to Moscow’s use of a nerve agent to try to kill former Russian spy Sergei Skripal and his daughter Yulia, who now live in England. The two survived the attack.

The new sanctions were prompted by a 1991 law that requires the U.S. to act against countries responsible for a chemical or biological weapons attack.

The sanctions will go into effect on about Aug. 22. They will bar U.S. companies from selling technology and other items with national security implications to companies funded or owned by the Russian government, affecting 70 percent of the Russian economy.

America and our European allies previously expelled 100 Russian diplomats over the poisonings and applied an earlier round of sanctions. But there is a very important difference in the new U.S. economic sanctions against Russia from earlier sanctions that are still in force.

While the new sanctions include many items already banned under the earlier ones, they also include a provision that requires Moscow to give “reliable assurances” that it will no longer use chemical and biological weapons – and allow international inspections to verify this.

If Russia refuses to provide these assurances and allow inspections, nearly all U.S. trade with Russia will be cut off. This would include banning Russia’s flagship airline Aeroflot from flying to America. And there is talk that other countries would face sanctions for doing business with Russia as well.

Drastic action like this is sure to worsen U.S.-Russian relations and make it harder to avoid the kind of escalation spirals and war-scares witnessed during the first Cold War.

The fact of Russian interference in America’s 2016 elections cannot be denied. However, regardless of what the probe of that interference by Special Counsel Robert Mueller concludes, the fact remains that Russia is a nuclear power that the U.S. is currently locked in a fierce political struggle with, including several proxy wars.

Putin is a geopolitical rival and a very clever tactician. He's not a friend of America, but he's not an immediate national security threat who must be destroyed at all costs either. His regime is distasteful, but so was the Soviet Union, Mao Zedong's China, and Vietnam – each of which America had to eventually learn to live with.

Ultimately, America still needs a clear-headed policy towards Russia that properly assesses the threat from Moscow and the risks of various responses. Washington's policy must be based on American interests and not on a blind desire to cause as much harm to Russia as possible. The catch with nuclear powers is to deter them while also making sure to never put them in too tight of a corner.

Therefore, it is perfectly reasonable for America to argue that the North Atlantic Treaty Organization (NATO) should refocus on defending against Russia. Washington should also refuse to tolerate election interference by Moscow, while also trying to de-escalate tensions.

The hard lesson learned from Europe's endless holy and civil wars – in which nations tried to impose their ways of life and political systems on each other – is that countries shouldn't interfere in each other's domestic affairs. That is how wars get started.

The Cold War and mutually-assured-destruction taught the world not to go too far when playing chicken. No matter how outraged Americans are over recent events, these are vital lessons no one can afford to forget.

Moscow’s actions, including the seizure of Crimea from Ukraine and the Skripal poisoning, necessitated a response from Washington. The question is how far does America go and how well do these latest sanctions advance U.S. interests?

Recognition of both American and Russian core interests of sovereignty and security are important because it helps each great power avoid triggering the other's red lines. This is also why NATO’s expansion to include Montenegro is a bad strategy and ignores the historical role of the Balkans as a tinderbox.

At his recent summit with President Putin in Helsinki, President Trump should have insisted that he will always pursue America's interests and that if they happen to overlap with Russia, then both countries will try and work together. This could mean cooperation on anti-terrorism, improving communication between both militaries to avoid any accidents, and taking another look at arms control agreements such as extending the New Strategic Arms Limitation Treaty.

All the while, despite President Trump dragging his feet on imposing previous sanctions, his administration has generally implemented policies against Russia’s interests.

Sanctions are still in place. President Trump hasn’t tried to exert his full force to browbeat Congress into lifting those sanctions. He has, for all his bluster, so far reinforced America’s commitment to NATO and hasn’t ordered the withdrawal of U.S. forces in Europe.

Russia isn’t as powerful or stable as China. It is a weak, struggling former empire with an economy smaller than Italy’s and only slightly bigger than South Korea’s. Moscow is not a threat that requires Washington to push back on every front and admit every single former Soviet satellite nation into NATO.

Diplomacy and grand strategy are about the pursuit of the national interest – about what is best for America. This means being realistic about threats and correctly seeing alliances, such as NATO, as a tool to advance the national interests of security and prosperity. Wise leaders match means to national ends and do not act out of anger. Fools confuse means for ends and will take action simply out of spite.

This is why NATO cannot endlessly expand and also why America needs to harden its election infrastructure and tell Russia that both countries must respect each other’s domestic affairs and sovereignty. This is also why it is unclear what imposing more sanctions is meant to accomplish beyond punishment.

New sanctions will weaken Russia and could distract Putin from near-term military adventurism, but will also make it harder for him to back down overall. Sanctions will also hurt any effort to get the Russians to cooperate with the U.S. on arms control or Iran.

Sanctions are better used as a threat to deter action, rather than as a punishment of unclear duration that is only imposed after another country has done something America doesn’t like.

Russia is a country that needs to be told not to mess with American elections again. It is also a nation that the United States needs to grudgingly live with because it has nuclear weapons.

It is possible to warn off Moscow from harming U.S. interests or from using biochemical weapons in NATO countries, while also concluding that relations with Russia must not deteriorate further. The catch is having a Congress and president who will work together to make this a priority.

John Dale Grover is a fellow at Defense Priorities and a writer for Young Voices. He is also currently a graduate student at George Mason University’s School of Conflict Analysis and Resolution. His articles have appeared in Forbes, The National Interest, and Real Clear Defense.