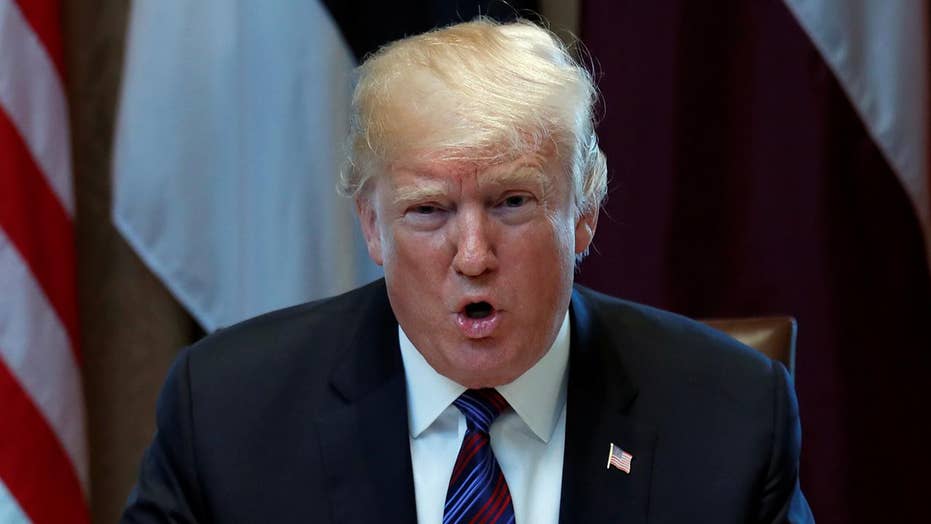 How Trump is making the economy great again

Stock market closes strong after a wild start. Why the economy is booming under the Trump administration.

President Trump promised to reverse the Obama era’s progressive economic policies and free American capitalism to do what it does best: increase prosperity for all.  And, sure enough, that’s exactly what happened.

Buoyed with optimism as taxes were cut and anti-business regulations eliminated, businesses invested, GDP growth climbed to a 3.1 percent average for Trump’s first three full quarters in office and the unemployment rate declined to a low last seen during President Clinton’s final year in office.

To avoid slipping back into the economic doldrums we experienced under President Obama –- which, incidentally, offer a look at the alternate reality we might have faced had we elected Hillary Clinton --  it is important to understand how far we’ve come and why.

The Obama administration’s economic policies failed to meet even their supporters’ predictions. In 2010, the Obama White House confidently forecast that GDP growth would “accelerate in 2011 to 3.8%” and “exceed 4% per year in 2012-2014.”  It never happened.

Obama never had even a single calendar year of 3 percent GDP growth. His actual post-recession average was an anemic 2.1 percent and his final year in office was a dismal 1.5 percent.

This was largely thanks to the Obama administration’s disastrous progressive policies. Between the failed Keynesian “stimulus” experiment, the crushing blows Dodd-Frank dealt community banks, the ObamaCare nightmare, and a deluge of anti-business regulation, the last administration did its best to put our economic future squarely in the government’s hands.

As a result, the economy failed to produce enough good paying jobs, people dropped out of the labor force, wages stagnated, paths to the middle class closed and income inequality increased. Predictably, progressive economic policies produced the very problems against which progressives rail.

Despite the failure of their policies, the Obama administration’s “brain trust” rejected the notion that Trump’s free market policies could turn the economic tide.

They were wrong.  With GDP growth at 3.1 percent over the last three quarters, the Congressional Budget Office recently forecast an even higher growth rate of 3.3 percent for 2018, citing the “effects of the 2017 tax act on incentives to work, save, and invest.”  Sounds like that ludicrous supply side economics.

With economy freed from the heavy hand of government, the economic optimism is palpable. The National Association of Manufacturers recently reported that 93 percent of American manufacturers are optimistic about their future. That’s the highest number in the survey’s 20-year history up from 56.6 percent just last year.   The National Federation of Independent Businesses’ Small Business Optimism Index for March, reached its 16th consecutive month in the top five percent of 45 years of survey readings.

As a result, for the four weeks ending April 7th, the Department of Labor reported the fewest Americans on the unemployment benefit rolls since 1974 -- when the total workforce was much smaller. The Bureau of Labor Statistics JOLTS report showed job opening in February at 6.1 million, “little changed” from the historic high of 6.3 million set in January and despite the fact that more Americans were already employed than at any time in our nation’s history.

In fact, according to the NFIB survey, the major problem facing businesses today isn’t taxes or regulations; it’s finding qualified employees. In a little more than a year, we’ve gone from an economy where people couldn’t find work to one where businesses can’t find employees.  Some might call that a capitalist comeback.  But, it’s no surprise to those of us who, to paraphrase President Kennedy, appreciate how quickly the rising tide of capitalism can lift all boats.

The American people are aware of the sea change. In March, Gallup reported that barely one-third of Americans were greatly worried about the economy, and less than a quarter were greatly worried about unemployment, the lowest readings Gallup has recorded since 2001 when it began reporting the data. The most significant decline in both measures has occurred since President Trump took office.

It would be nice if, for once, those on the Progressive left could set aside their disdain for the president long enough to see American capitalism for what it is:  an unmatched engine for creating prosperity and opportunity, empowering consumers instead of elites, and offering people of all backgrounds a good job and a better life.