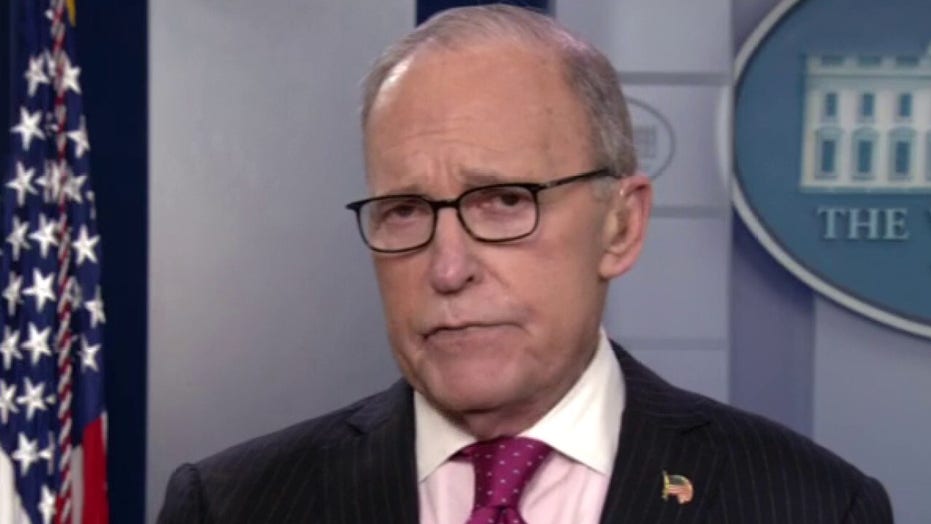 There have been many spectacular jobs reports over the past three years, but the January 2020 jobs report is really quite exceptional. It’s one of the most encouraging jobs reports I’ve seen in some time.

The topline figures are plenty impressive on their own. The country added 225,000 new jobs in the first month of 2020, blowing away economists’ projections, which called for a mere 164,000 new jobs.

Wage growth also remained strong, at 3.1 percent, which is particularly impactful in light of the low, stable inflation that we’re currently enjoying. Pay raises aren’t just offsetting increases in the cost of living; they’re allowing workers to materially improve their quality of life. Wages for non-supervisory employees are also continuing to rise faster (3.3 percent) than those of their managers (2.5 percent), continuing the blue-collar wage boom, reducing income inequality and proving that companies are genuinely committed to investing in their workforces.

CAROL ROTH: AOC WRONG ON BOOTSTRAPPING — SHE SHOULD CELEBRATE IT, NOT MISINFORM AMERICANS

None of that is particularly unusual or surprising these days, of course. The Trump economy has been putting up these sorts of numbers for quite some time now. Last month was a little better than average, but not by an extraordinary degree.

One anomaly that did stand out, though, was the unemployment rate. While it continues to hover near a 50-year low, the jobless rate actually ticked up a smidgeon to 3.6 percent, despite robust job creation in January. The U.S. economy typically only needs to add about 150,000 jobs per month to offset population growth and keep the unemployment rate stable, so this is not what one would normally expect to see.

It may seem strange to think of an increase in the unemployment rate as a positive development, but in this context it most certainly is, because it reflects a sharp uptick in the labor force participation rate — the percentage of working-age people who are currently either employed or actively looking for work.

The metric just hit its highest level since 2013 (62.4 percent), most likely because rising wages and an abundance of job opportunities are enticing more Americans to enter the workforce.

It may seem strange to think of an increase in the unemployment rate as a positive development, but in this context it most certainly is, because it reflects a sharp uptick in the labor force participation rate.

And that is what’s really so encouraging about the January jobs report. Economists have long been concerned about this country’s stubbornly low labor force participation rate, which plummeted during the Great Recession and continued to decline steadily throughout the tepid Obama-era “recovery.” After reaching a low of 62.4 percent in 2015, labor participation is now at 63.4 percent, which translates into millions of additional workers.

The bulk of that rebound has taken place under President Trump and has noticeably accelerated in recent months.  It is among the most positive aspects of the strong and growing Trump economy.

When working-age Americans leave the workforce they don’t just disappear. They have to depend on charity and welfare to survive. This isn’t just a burden on taxpayers and a loss for the economy, though — long-term unemployment also robs people of the dignity and sense of self-worth that comes from working for a living, fueling the sort of despair that literally kills people all over the country by contributing to the twin plagues of addiction and suicide.

So while I’m certainly pleased about the 225,000 new jobs America gained last month and the ongoing wage gains for workers, I’m absolutely ecstatic that the unemployment rate ticked up, because it means that formerly forgotten Americans are working or actively looking for a job.  That means they are getting back on their feet and regaining the pride that comes with self-sufficiency.

Andy Puzder was chief executive officer of CKE Restaurants for more than 16 years, following a career as an attorney. He is currently a Senior Fellow at the Pepperdine University School of Public Policy.” He was nominated by President Trump to serve as U.S. labor secretary. In 2011, Puzder co-authored "Job Creation: How It Really Works and Why Government Doesn't Understand It." His latest book is "The Capitalist Comeback: The Trump Boom and the Left's Plot to Stop It" (Center Street, April 24, 2018).