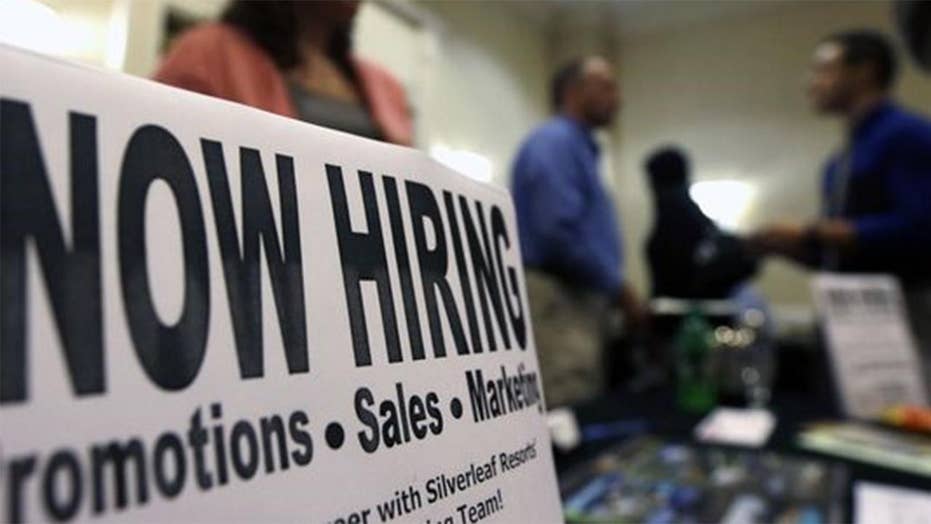 We just got about 312,000 new reasons to be deeply skeptical about predictions of an impending recession. That’s how many jobs the U.S. economy added in December, confirming its continuing strength and blowing away pessimistic predictions by economic “experts” of just 177,000 new jobs for December.

December was not an outlier. Average monthly job creation for 2018 was 220,000. Nor is the labor market cooling. Despite stock market machinations, for the last three months of the year the American economy has created an average of 254,000 jobs – and December’s number was the highest of the year.

Add to that the monthly average of 141,000 new job openings the U.S. economy has created through October (the most recent month available), and you begin to get a sense for just how strong this economy really is.

Businesses that are confident about the economy are growing and creating new jobs at an accelerated pace, increasing the demand for employees. That explains why wages were up 3.2 percent year over year in December – the third straight month that number has exceeded 3 percent and the largest monthly increases since April 2009.

That’s great news for anyone who works for a living. But it’s presumably a less welcome development for those who get paid to prognosticate about the economy – at least those who have bought into the fanciful notion that stock market fluctuations presage the implosion of an economy that just came off a year with the best gross domestic product growth since 2005, impressive job creation, and the most significant wage gains in nearly a decade.

No matter how spectacularly or repeatedly the data proves the pessimists wrong – and missing the mark by 113,000 is pretty spectacular – the anti-Trump economic “experts” continue to warn that a recession is just around the corner, even as they begrudgingly acknowledge the latest figures revealing America’s continuing economic vitality. All while the left-leaning media establishment is unable to restrain its insatiable desire for content to sustain the anti-Trump narrative – the facts be damned.

Creating more than a quarter-million new jobs in a single month (let alone hitting that average for three straight) shows that employers continue to have a great deal of confidence in the economy, regardless of the doom-and-gloom narrative professed by so-called “experts” eager to satisfy the anti-Trump media.

Most recently, the focus of the anti-Trump crowd has been on volatility in the stock market, with each decline touted as the harbinger of an economic slowdown or a coming recession. This view places too much weigh on investors – who can be fickle and emotional – and too little on employers, who must be pragmatic and realistic.

Not that investors should be ignored or that all the economic news is invariably positive. We may or may not be headed for a long-term trade war, the Federal Reserve may or may not raise interest rates too frequently, and we will eventually (no time soon) experience a recession.

But it’s relatively easy for a broker to sell off some stocks after being spooked by the news of the day (and anticipating that others will do the same), and equally easy to buy the stocks back once passions have cooled or the news turns positive.

However, hiring an employee and expanding the workforce is a long-term investment that companies can’t afford to make cavalierly – in either monetary or human terms.

Creating more than a quarter-million new jobs in a single month (let alone hitting that average for three straight) shows that employers continue to have a great deal of confidence in the economy, regardless of the doom-and-gloom narrative professed by so-called “experts” eager to satisfy the anti-Trump media.

Those who continue to predict an imminent recession despite the evidence have only their reputations on the line, and partisanship ensures that liberals will ignore even their most extraordinary blunders. The folks who created all those new jobs last month, on the other hand, have put their very livelihoods at stake.

It’s not hard to determine who’s more believable. They’re the ones hanging up the “now hiring” signs.