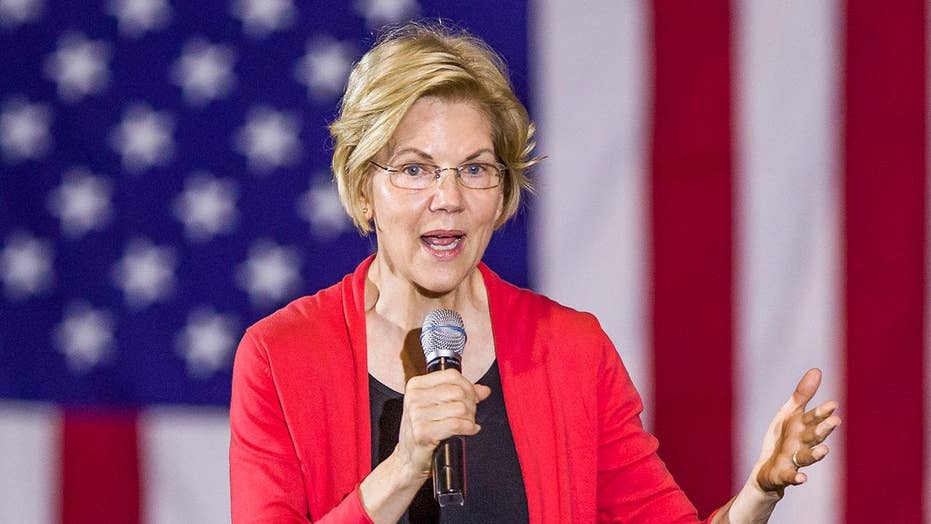 How could Elizabeth Warren's proposals reshape the American economy?

On Monday, with far less fanfare than it deserved, the Bureau of Labor Statistics (BLS) released its Job Openings and Labor Turnover Summary (commonly know as the JOLTS Report) for April – and President Trump notched yet another economic victory for American workers.

For the 14th consecutive month our economy produced more job openings (7.4 million) than people unemployed (5.8 million). The first time that ever happened since the BLS began reporting the data in 2000 was – well – 14 months ago. April’s job openings were particularly impressive because the number of workers hired also increased to 5.9 million, the highest number recorded in the data series' 19-year history.

For those still clinging to the increasingly discredited notion that Trump is merely continuing President Barack Obama’s economic recovery – think former Vice President Joe Biden – there was not a single month in the eight years of the Obama administration where we had more job openings than people unemployed. Not one.

US ECONOMY GREW AT SOLID 3.1 PERCENT RATE IN Q1

If the Trump administration can maintain the economic growth it had during its first two years, there is a very good chance voters will notice in 2020.

In the private sector, we’d call this an impressive turnaround.

This dramatic increase in job openings has driven the demand for employees as is evident in the unemployment rate, which sat at 3.6 percent in April, the lowest since December 1969 and the 14th straight month below 4 percent. Perhaps as impressively, the actual number of people unemployed in April dropped under 6 million for the first time since 2000, when there were 19 million fewer people in the labor force.

With more job openings and fewer people available to fill them, the competition for employees has intensified, compelling employers to offer higher salaries and producing the wage growth that was absent in the Obama era. Year-over-year wage growth in April was 3.2 percent, marking the ninth month in a row in which wages increased 3 percent or more.

The last time year-over-year wage growth was at least 3 percent was a decade earlier in April 2009, three months after Obama took office. It was 2.4 percent in his last month in office.

There’s a simple explanation for the marked improvement in job creation and wages under Trump: economic growth.

Having reversed Obama’s economic policies by cutting taxes, slashing regulations and increasing domestic energy production, Trump’s first full year in office (2018) produced GDP growth of 2.9 percent. That was an 80 percent improvement over Obama’s last year in office (2016), when GDP growth averaged 1.6 percent. The positive numbers for Trump continued in the first quarter of this year with GDP growth hitting 3.1 percent.

While we won’t have the job openings number for May until next month, we do know that the unemployment rate held at 3.6 percent, the number of people unemployed stayed below 6 million and wage growth notched its 15th straight month at or above 3 percent.

During the depths of the stagnant Obama-Biden economy, and while I was still the CEO of a restaurant chain, I often attended meetings of restaurant trade associations. The constant message from business executives at the time was that they couldn’t expand or hire because of the costly legislative and regulatory mandates coming out of Washington. We all longed for the day when the complaint at such meetings would be that we had grown our businesses to the point where there weren’t enough employees available to fill all the job openings. Well, that day is here.

Employers are creating job openings faster than they can fill them and at a greater pace than at any time since the BLS began reporting the data. With 1.6 million more job openings in April than people actively looking for work, it appears that American workers will continue to enjoy the benefits of the Trump boom for some time to come. If the Trump administration can maintain the economic growth it had during its first two years, there’ is a very good chance voters will notice in 2020.