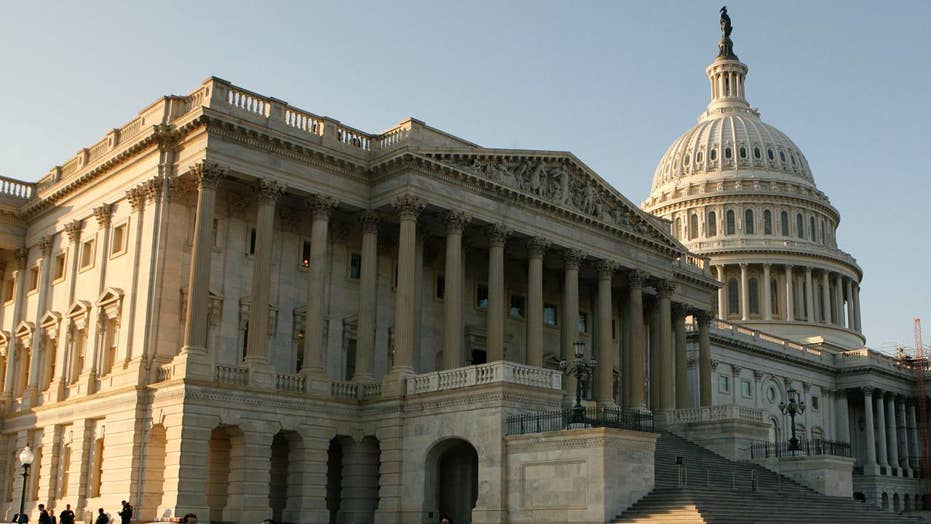 Democratic Party leaders are encouraging their candidates to focus on an economic message rather their opposition to President Trump as they campaign for the November midterm elections. I would think twice about that idea if I were a Democrat running for office. After eight years of stagnation, the economy is doing quite well under President Trump – and the American people know it.

The Democrats’ messaging concerns grew out of a February poll financed by Priorities USA, the Democrats’ largest super PAC (political action committee). Based on this poll, Priorities advised that Democrats “must reassert control over the economic narrative” by focusing “on economic issues like taxes and health care and not allow themselves to be sidetracked and distracted by Trump’s latest tweets.”

The super PAC encouraged Democrats to focus on how “Trump’s economic policies” of tax cuts and deregulation “will further enrich the wealthy and big corporations while hurting the middle class.”

What passes for progressive economic policy boils down to: increasing taxes on those who create wealth; creating government programs through which Democrats can redistribute that wealth to potential voters; and repeating disingenuous sound bites about fairness and decency. This class warfare narrative leaves little room for policies that might actually encourage economic growth.

It wasn’t always this way. In my lifetime, Democratic presidents have proudly and successfully advocated for polices to promote economic growth.

President Kennedy fought for tax cuts to create an economic tide that he famously noted would lift all boats in every economic class. President Clinton raised taxes early in his presidency, but later admitted that he raised them too much. He then cut capital gains taxes, reformed welfare, deregulated banks, balanced the budget and intentionally shrank the size of government – announcing that the era of big government was over.

Democrats don’t sound like that anymore. Rather than the party of John F. Kennedy and Bill Clinton, they are now the party embracing progressives like Sen. Elizabeth Warren of Massachusetts and independent Sen. Bernie Sanders of Vermont, a self-described “Democratic Socialist.”

In today’s Democratic Party, even a big-government liberal like Hillary Clinton can claim she was too much of a capitalist to satisfy her party’s left wing. For progressive Democrats, economic growth is readily sacrificed to taxation, redistribution – and expanding the size, influence and power of government.

With the failure of President Obama’s progressive economic policies so fresh in our memories, it’s hard to believe the Democrats’ patently political approach to economic policy will pass muster with American voters.

As the CEO of CKE Restaurants during the Obama presidency, I was often confronted by journalists who would note that people were dropping out of the labor force discouraged by their inability to find good-paying jobs. Reporters would ask how restaurants could employ people in part-time or entry-level positions with salaries that were insufficient to support their families, driving them to seek government assistance. The discussion would invariably turn to a $15 minimum wage, automation and “corporate greed.”

That’s not how the interviews go anymore. Sixteen months into the Trump presidency, the unemployment rate is at its lowest level in 18 years. Despite a record 155 million people being employed, job openings in March were also at a record high of 6.6 million. There are more good-paying working-class jobs and more openings for good-paying jobs.

According to a recent survey by the National Association of Manufacturers, 72 percent of manufacturers are increasing workers’ wages and benefits, while 77 percent are hiring more workers.

For working- and middle-class Americans, that change is huge. It was the result of President Trump lowering taxes and shrinking the size of government through deregulation. It was not the result of higher taxes or expanded government benefit programs.

In fact, the number of Americans dependent on government benefits is declining. The monthly average of initial unemployment benefit claims is at a low last seen 45 years ago. The number of people receiving SNAP benefits (food stamps) has also dropped – by over 2.5 million people since President Trump took office.

President Trump’s policies are having a tremendous positive impact on the lives of Americans of all classes and backgrounds. More people are working, there are more job openings, and fewer people are dependent on government.

As businesses compete for employees, wages will rise. The progressives’ boogeyman – income inequality – will decline. Talk about a capitalist comeback! This capitalist economic tide is lifting all boats.

Focusing on the economy may well be the biggest favor Democrats could do for Republicans in the midterms.