Bernie Sanders: US economy is broken and unfair

In a recent tweet, presidential candidate Bernie Sanders confused the basic economic concepts of revenue and profit. Sanders tweeted that “[t]he video game industry made $43 billion in revenue last year. The workers responsible for that profit deserve to collectively bargain as part of a union.”  Of course, the $43 billion was revenue, not profit - and there is a difference.

Profit is what’s left after a business pays the costs of generating revenue.  Sanders’ failure to understand this difference highlights the biggest problem with his entire economic agenda - it depends on ignoring costs.

Profit is an intuitive concept. As a boy growing up in a Cleveland suburb in the 1950s, I quickly realized that what I charged to cut our neighbors’ lawns (my revenue) had to exceed my costs - such as what I paid for gas for the lawnmower -- or I would have no cash left over (my profit) to purchase a new baseball mitt or fishing rod.

When I was working my way through law school, my wife and I often had to juggle bills so that, at the end of the month, we didn’t run out of money.  Our earnings mattered, but so did our bills.

Maybe Sanders cut lawns when he was a kid, but he’s spent most of his career in the federal government, where costs routinely exceed revenue.  Which is a very lucky thing for Socialist/Progressive politicians, like Bernie, who promise to give people all kinds of free stuff they know we can’t afford.  Everyone is used to it, so nobody laughs them out of town, but it’s still incredible to think how much contempt they must have for our intelligence.

For example, in 2017, Sanders introduced his “Medicare for All” bill that would have massively expanded government-run health care in America.  He introduced a new version of that bill this April with the support of 10 other Democratic presidential hopefuls.  Of course, such an ambitious program comes with exorbitant costs.

A widely cited 2018 study by The Mercatus Center, a think tank at George Mason University, “conservatively” found that Sanders’ “Medicare-for-All” would cost taxpayers $32.6 trillion over a 10 year period, or an average of about $3.26 trillion per year after associated cost saving.

The question is where would Sanders find the additional $3.26 trillion in revenue to cover these costs?  Mercatus found that “doubling of all currently projected federal individual and corporate income tax collections would be insufficient to finance the added federal costs of the plan.”  That makes sense as the federal government’s total revenue from all sources for fiscal year 2018 was $3.3 trillion, or about the $3.26 trillion annual cost of Sanders’ proposed healthcare plan. 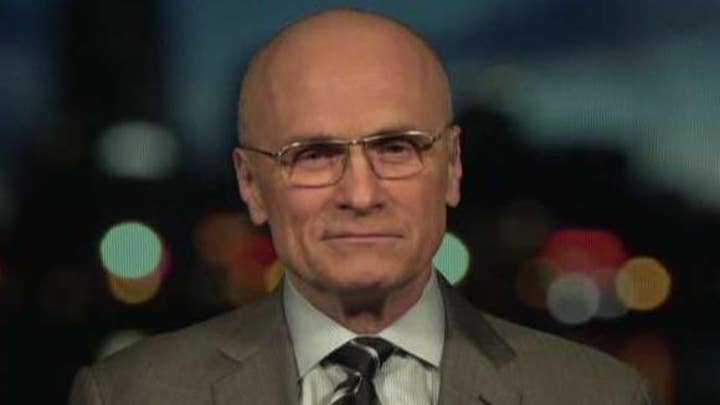 But, the government is already spending that $3.3 trillion in revenue to cover its current expenses - which totaled $4.1 trillion or about $800 billion more than the government generated in revenue.  How the federal government could fund an additional $3.26 trillion when it can’t even pay its current bills is anyone’s guess.  Asked by the Associated Press about the Mercatus study, a Sanders’ spokesman said, his “office ha[d] not done a cost analysis.”  No surprise there.

Sanders has no real answers.  In March 2016, he released a budget that included a single-payer health care system (which subsequently became “Medicare-for-All”) as well as free college, paid family leave, expanded Social Security, etc., etc.  To fund these programs, he proposed taxing the “rich.”  Specifically, raising the top marginal tax rate from 39.6 percent to 54.2 percent.  But, would even that exorbitant tax rate be sufficient to generate the revenue necessary to fund Sanders’ programs?  Clearly, it would not.

In 2016 (the most recent year for which the numbers are available), taxpayers who paid the top rate (those making over about $500,000) had total income of $2 trillion.  So, even a 100 percent tax rate would be insufficient to generate enough revenue to fund Sanders’ “Medicare-for-All”, let alone his various other freebies.  At any rate, it’s fantasy to believe that all those wealthy people would work just as hard, and produce just as much income, when they know they’d be giving it all to Bernie.

I give Sanders credit for this much, he’s a true believer. Clearly, if elected, he’s going to raise taxes on the rich -- as well as the middle and working classes – just like the Nordic countries he loves so much have done.

In fact, he recently stated that “a lot of people in the country would be delighted to pay more in taxes.” Only a government man would say that.

The men and women on Main Street -- who actually understand that their incomes must exceed their household expenses -- would be delighted to have the government out of their pocketbooks.

Should we ever enact Sanders’ economic policies we would end up with higher taxes -- on everyone -- declining growth, fewer jobs, vastly more borrowing and massive underfunded programs (some new, some old) unable to meet the expectations of everyone who wants to take advantage of them -- because their costs will grossly exceed our revenue. All of which will last until, as Margaret Thatcher once said, the government “runs out of other peoples’ money.”

That’s Sanders’ idea of a “Democratic” socialist economy that “works for everyone, not just the wealthy.”