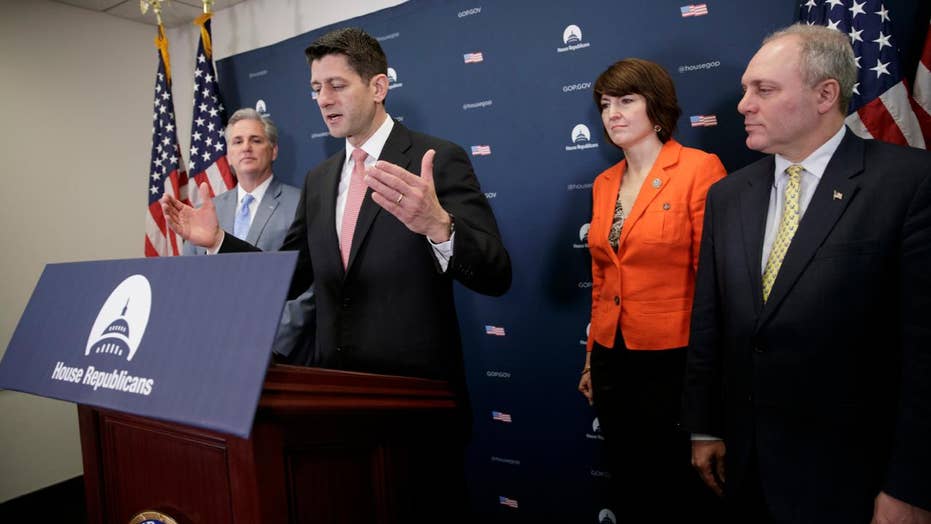 Despite the collapse of Republicans’ ObamaCare repeal effort, the health care issue isn’t going away.

The current health care debate in Washington is fundamentally one over who pays. However, it won’t matter whether Medicare, Medicaid, private insurers or individuals pick up the tab, if the most urgent challenge in health care is left out of the next debate in Congress.

In 2010, there were 11.4 million Americans over the age of 80, and by 2050, there will be over 32 million. That growth is a testament to the power of modern medicine and a cause for celebration, except for one problem: One in two people who reach their 80s will get Alzheimer’s, and the American health care system isn’t even remotely equipped to deal with the coming surge.

Leaders in Washington need to start having adult conversations about this rapidly greying population. Otherwise, we’ll all be bankrupt.

The annual cost to care for people with Alzheimer’s and other dementias is already $226 billion, with Medicare and Medicaid picking up 68 percent of the costs.

If recent trends continue, the annual cost of Alzheimer’s could reach $1 trillion, in current dollars, by midcentury, costing Medicare and Medicaid almost $700 billion; approximately one fifth of the federal government’s current budget.

There are two main things Washington should do to deal with this crisis: Drastically increase the amount of federal money going to Alzheimer’s research and give Americans more control over end of life decisions.

When it comes to increasing funding, if ever there was a case of spending a little bit of money now to save a lot later, this is it.

Disease research of all kinds is worthy and important. But Alzheimer’s stands apart for the destruction it wreaks on families and finances.

Five million Americans currently have Alzheimer’s, and the disease’s impact spreads far beyond those who have it. Every person with Alzheimer’s requires three people—children, spouses, friends and health care workers—to serve as caregivers. This can be a full-time job and enact a significant toll on the caregivers themselves.

Although the National Institutes of Health (NIH) allocated almost $1 billion to Alzheimer’s research last year, funding still lags well behind what researchers need and what other diseases already receive.

The five treatments that are available today only treat symptoms—rather than preventing, slowing or reversing the disease.

Dr. Greg Petsko of Weill Cornell Medical College believes a significant boost in research funding could lead to breakthroughs in the years ahead.

“We’ve learned more about Alzheimer’s in the last few years than in the previous few decades combined. But turning this insight into treatments requires more funding for more studies, and researchers tend to go where the money is. If NIH doubled research funding for Alzheimer’s tomorrow, it would kick the whole machinery of grant making and academic and pharmaceutical company research into a higher gear.”

Earlier this year, a bipartisan group of a dozen senators wrote a letter to President Trump imploring him to increase funding for Alzheimer’s research.

Unfortunately, the president’s budget proposes a staggering 18 percent cut to the NIH budget as part of a broader effort to slash discretionary spending. But there is nothing discretionary about increasing Alzheimer’s research. This is a national and moral imperative.

But more funding alone won’t do it. In order to properly address this crisis, we also need to rethink how much freedom we give individuals over their own end of life decisions: Americans must be empowered to decide when and where quantity and quality of life are most important.

We all know someone with a horror story of a loved one subjected to painful, unwanted and unnecessary treatments in his or her dying days. Many of them are Alzheimer’s patients. It costs people their dignity and is a driver of why one out of every four Medicare dollars—more than $125 billion—is spent in the last year of life.

There is no easy solution to this challenge, but practical and humane answers are available. One proposal from Mount Sinai Health System President Ken Davis would require every new Medicare enrollee to have an advance directive—a written statement of a person’s wishes regarding medical treatment—to ensure their choices are respected if they become unable to communicate them to a doctor.

Last year, the Centers for Medicare and Medicaid Services authorized patient reimbursement for end of life counseling, including advance directives, but most Americans still don’t have one.

No matter what happens to ObamaCare or TrumpCare or whatever devil-may-care bill emerges from Congress, a potential cure for Alzheimer’s should not go undiscovered for lack of a few billion dollars in a four trillion-dollar annual budget.

An aging and Alzheimer’s tsunami is about to hit the U.S. health care system and Washington needs to do its part to help Americans prepare.

You can’t say we didn’t see it coming.