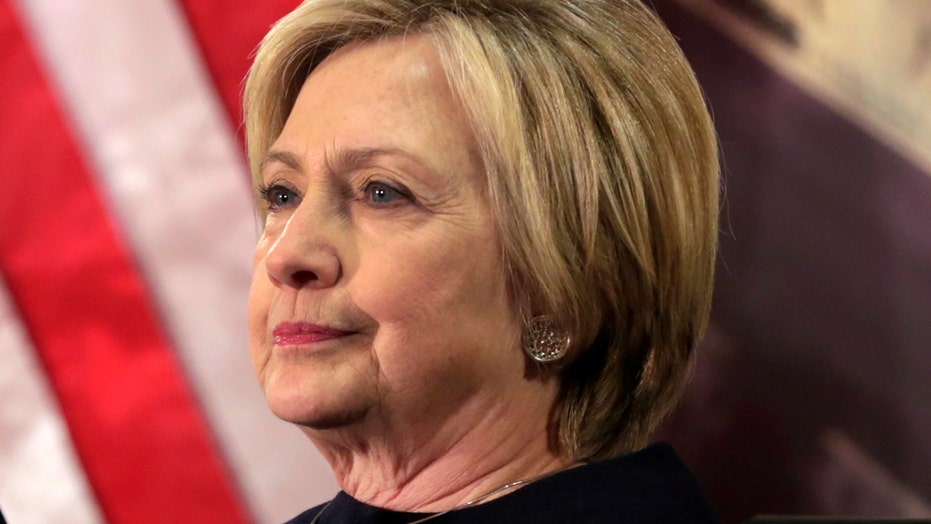 Napolitano: Will Hillary’s investigation be reopened?

The criminal investigation of Hillary Clinton is back front and center now that the FBI has released proof that her failure to safeguard state secrets caused the secrets to fall into the hands of foreign governments, some of which wish the United States ill.

Even though the case against her -- which was closed and then reopened and then closed again -- is old news and she obviously is no longer a candidate to become president of the United States and has been staying below the radar for the past two months, recent developments have regenerated the case.

On July 5, FBI Director James Comey announced publicly that the FBI would recommend against seeking an indictment of Clinton for espionage -- the failure to safeguard state secrets that had been entrusted to her. He argued that though the case against her was strong -- as secretary of state, she had been extremely careless with secrets; exposed hundreds of materials that were confidential, secret and top-secret; and used non-secure mobile devices while in the territory of hostile governments -- no reasonable prosecutor would take the case.

Why was the decision of whether to prosecute Clinton left to Comey?

The FBI’s job is to gather evidence of federal crimes and to present that evidence to career prosecutors in the Department of Justice for evaluation. The FBI has numerous investigative tools available to it. One of those tools is presenting evidence to a grand jury and requesting subpoenas from it. Another is presenting evidence to a federal judge and requesting search warrants from the judge. A third is obtaining the indictment of someone who is in the inner circle of the person who is the true target of the investigation and then persuading that indicted person to become a government witness.

None of those tools was used in the Clinton case.

As well, a major interference with the case occurred when Attorney General Loretta Lynch agreed to meet privately with former President Bill Clinton. He was -- and still is -- also the subject of an FBI criminal investigation. Though both Lynch and Mr. Clinton denied talking about the investigations, the attorney general took herself and senior DOJ management off the Hillary Clinton case, leaving the FBI director with the authority to decide whether to prosecute. So based on Comey’s decision that no reasonable prosecutor would take the case against Mrs. Clinton, it was closed.

The case was briefly reopened 11 days before Election Day. The FBI announced it had stumbled upon a potential treasure-trove of emails contained in a laptop jointly owned and used by Hillary Clinton’s closest aide, Huma Abedin, and her husband, former Rep. Anthony Weiner. The FBI believed at the time that the laptop contained nearly every email Abedin had received from Clinton. Weiner was under investigation for various sexual crimes, and the FBI had obtained the laptop in its search for evidence against him.

Then, a week later, the FBI announced that it had found nothing among the 650,000 emails in the laptop that would cause it to reopen the Clinton case, and it closed the case a second time.

Donald Trump argued during the last weeks of the presidential election campaign that Clinton had exposed state secrets to hostile foreign governments. FBI agents who disagreed with their boss’s decision not to seek the indictment of Clinton made the same arguments. Clinton denied vehemently that she had caused any state secrets to pass into the hands of hostile foreign governments.

Then Trump was elected president of the United States.

Then Clinton left the public scene.

Then, last Sunday evening, during the NFL playoff game between the New York Giants and the Green Bay Packers, the FBI posted on its website more than 300 emails that Clinton had sent to an unnamed colleague not in the government -- no doubt her adviser Sid Blumenthal -- that had fallen into the hands of foreign powers. It turns out -- and the Sunday night release proves this -- that Blumenthal was hacked by intelligence agents from at least three foreign governments and that they obtained the emails Clinton had sent to him that contained state secrets. Sources believe that the hostile hackers were the Russians and the Chinese and the friendly hackers were the Israelis.

Last Sunday’s revelations make the case against Clinton far more serious than Comey presented it to be last summer. Indeed, Sen. Jeff Sessions, who has been nominated by Trump to be attorney general and who has been a harsh critic of Clinton's, told the Senate Judiciary Committee this week that he would step aside from any further investigation of Clinton, thereby acknowledging that the investigation will probably be opened again.

One of the metrics that the DOJ examines in deciding whether to prosecute is an analysis of harm caused by the potential defendant. I have examined the newly released emails, and the state secrets have been whited out. Yet it is clear from the FBI analysis of them that real secrets were exposed by the nation’s chief diplomat -- meaning she violated an agreement she signed right after she took office, in which she essentially promised that she would not do what she eventually did.

The essence of the American justice system is the rule of law. The rule of law means that no one is beneath the law’s protections or above its obligations.

Should Clinton skate free so the Trump administration can turn the page? Should the new DOJ be compassionate toward Clinton because of her humiliating election loss and likely retirement from public life? Of course not. She should be prosecuted as would anyone else who let loose secrets to our enemies and then lied about it.