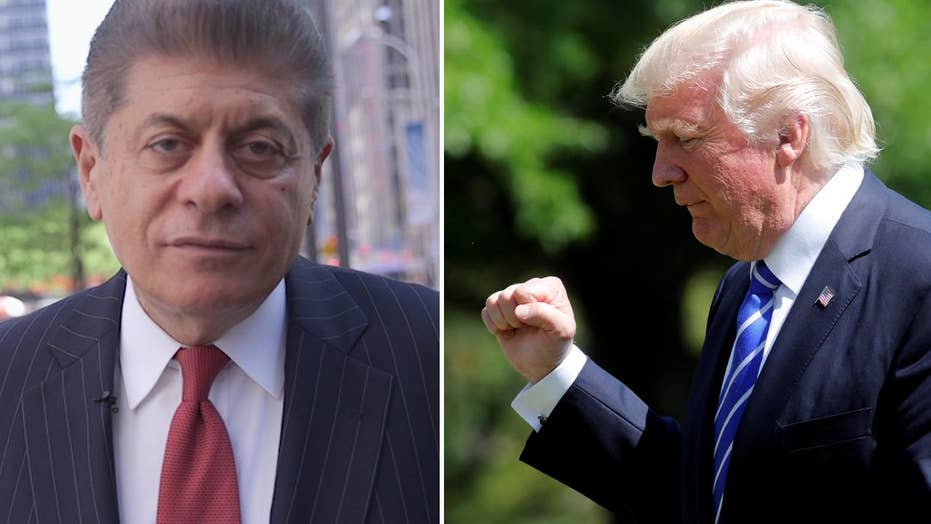 Napolitano: Trump, Secrets and the Law

In a period of seven days this month, President Donald Trump fired James Comey as director of the FBI and was accused of sharing top-secret intelligence data with the Russian foreign minister and the Russian ambassador to the United States, the latter a known Russian spy.

The Comey firing was clumsy and rude. Comey learned of it from FBI agents in Los Angeles who noticed reports of it on television monitors that they could see while he was speaking to them. The White House initially claimed Comey had been fired because of his poor judgment in the Hillary Clinton email investigation, in which he announced that she would not be indicted even though there was ample evidence to indict her and then reopened the case two weeks before Election Day even though there was no evidence to justify doing so.

A leak of top-secret material by the president or by an anonymous source is potentially catastrophic, and the charge that the president himself revealed top secrets to a known Russian spy is grave, perhaps the gravest ever leveled at an American president in the modern era. The Americans and the Russians at the meeting with Trump denied that he had compromised intelligence sources or revealed the location of American military, but they did not deny that he had revealed top secrets.

All of these events took place in seven days. Here is the back story.

When Comey usurped the authority of the ethically challenged then-Attorney General Loretta Lynch and announced that Hillary Clinton would not be indicted for espionage -- the failure to safeguard state secrets that had been given to her for safekeeping -- even though there was a mountain of evidence of her guilt, it seemed to me that he was trying to have it both ways. He was trying to keep his job by pleasing both Republicans and Democrats. Instead, he grossly miscalculated and substantially irritated leadership in both parties, including Clinton and Trump.

At the same time he was exonerating Clinton legally while damning her politically, he was investigating the Trump campaign, about which he quite properly did not say a public word. And he authorized his agents to engage a former British intelligence agent to dig up dirt on candidate Trump and to pay him $50,000 for it. The story the agent dug up was so lurid and unbelievable that the FBI declined to make the payment.

Comey’s leadership of the FBI was flawed, but not so flawed as the reasons given for his summary firing. Those inconsistent reasons fed the Democrats’ narrative that Comey had been onto something in the Russia/Trump campaign investigation and the president had known it and wanted to derail it. The president has yet to deny this.

Though the president has complained that Comey failed to investigate leaks of intelligence data from within his administration, The Washington Post effectively accused the president himself of becoming the leaker in chief by revealing to the Russians information so secret that only a handful of Americans legally possessed it. That information consisted of the name of a city in Syria from which spies had reported that the Islamic State group was plotting to plant bombs on commercial airliners.

What is so secret about that? Intelligence data almost always requires reading between the lines. Doing so here reveals the country from which the intelligence came, as there is only one friendly country that has sufficient intelligence resources in that city to develop local human spies. That country, which the president did not name but which we know is Israel, at first threatened to cut off providing intelligence data to the U.S. because of the president’s private revelations but later said that all is forgiven. So, the president told the Russians where to find Israeli spies in Syria.

The fact that these revelations were private is of legal significance. Under federal law, the president can declassify any secrets, even the most highly sensitive and guarded ones. He can do so by whispering the secret into someone’s ear or by formally removing the secret from its classified status. But because he did not do the latter, the secret is still a secret -- yet The Washington Post has this material and may now legally reveal it.

How can a newspaper reveal a top secret that the president has not made public? If someone reveals the secret to the newspaper, it can. The person who did so in this case committed a felony, and the president is right to be angered over it. That person is probably a member of the intelligence community bent on frustrating or destabilizing or controlling the Trump presidency. Because that person gave it to the Post and because there is enormous public interest in knowing what Trump told the Russians, the Post is free to publish it.

All of this demonstrates that rogue intelligence agents can engage in their own form of agitprop -- agitation propaganda. And they can cause political harm with it. Yet the questions of whether Donald Trump revealed top secrets to the Russians and, if he did so, whether it was intentional or not and whether it was harmful to national security are questions to which we are entitled to answers. And was Jim Comey fired for getting too close to the truth or not close enough?

Why do these questions keep coming?