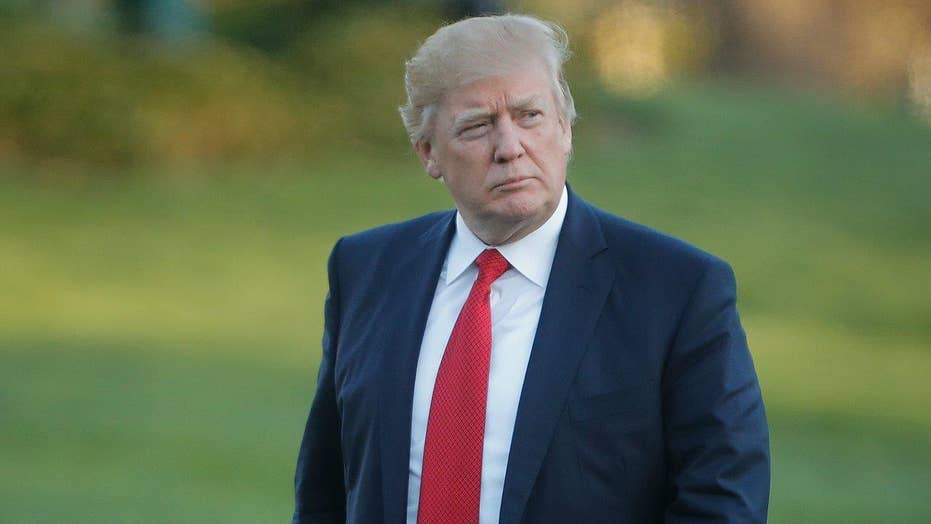 Freedom Watch with Judge Andrew Napolitano: Judge Napolitano and Fox News' Ed Henry discuss who in the Trump Administration is at the wheel of the decisions being made regarding U.S. foreign policy

The history of the world is the history of violence. I had planned to write this column about the most critical act of violence in human history and its superhuman aftermath -- the crucifixion and resurrection of Jesus Christ.

Easter, which celebrates His resurrection in a few days, is the centerpiece of all Christian belief. Without the risen Christ, we are doomed. Only with Him can we be saved.

But the living must do more than just hope, because governments continue to crush hope with violence, irrespective of moral and legal norms.

Last week, as Holy Week was approaching, the United States launched 59 cruise missiles at a Syrian airfield because President Donald Trump was morally repulsed at the use of poison gas in Syria in the days preceding.

Trump argued that the gas could only have been deployed intentionally by the Syrian government on its own people and that that behavior was so repellant, so contrary to civilized moral norms, so disruptive to the world order as to constitute a national security threat to the United States -- hence his use of force. Was his action legal?

Syria, along with the United States, is a signatory to the United Nations Charter. The U.N. Charter is a treaty signed by President Harry Truman and ratified by the U.S. Senate. Under the Constitution, treaties are the supreme law of the land, alongside the Constitution, and the federal government has a moral and legal obligation to be bound by them. The U.N. Charter limits member nations' use of military force to defensive responses to actual attacks, pre-emptive strikes prior to nearly certain attacks and correctives pursuant to U.N. consent or pursuant to another treaty obligating military force to help an ally.

These limitations are based on Judeo-Christian just war theory, which has been accepted in the Western world for centuries and is now codified into international law. Under this international law, military force must be a last resort, used only when necessary to fight back or to prevent an imminent attack. It also must be proportional to the harm it seeks to eradicate and be likely to produce the result it seeks. Anything short of this violates international law, to which the U.S. is bound by numerous treaties.

Syria is not a threat to the U.S., nor is it likely to become one. Nor is the argument that we needed to send a message to Syria lest it use poison gas on the U.S. a valid legal argument or a realistic political one. Were this subjective fear a valid legal basis for the use of military force, the president could send missiles anytime and anywhere at anyone or anything with legal impunity.

The president’s revulsion at the sight of children suffering horrifically from the effects of poison gas is an emotional reaction -- a very human and utterly normal one. Yet it in no way legally justifies an attack on a sovereign nation.

In addition to various treaties, the president is subject, of course, to the Constitution, which provides that only Congress can declare war. Yet Congress gave the president a small window in which to use military force on his own in the War Powers Resolution of 1973. That law was written in the midst of President Richard Nixon’s undeclared war in Cambodia to limit the president’s emergency use of military force absent a declaration of war from Congress to defensive strikes, pre-emptive strikes and treaty obligations.

Earlier this week, 21 retired military, intelligence and FBI personnel jointly argued that President Trump was moved to this attack by misguided or incomplete intelligence. Their view -- which is based on eyewitness reports from U.S. military on the ground in Syria and intelligence reports from their former colleagues -- is that Syrian President Bashar Assad did not use poison gas on his own people earlier this month. They note that Assad is clearly winning his long-fought civil war and does not need the international headache of being tarnished as a person who gassed children; nor would there be even the remotest military gain to him if he did so.

These former federal officials point out that the U.S. military is playing a sub-rosa role with Russia and Syria in fighting Al Qaeda and the Islamic State group. In this case, Syrian and probably Russian military erroneously thought a warehouse the Syrians attacked stored only conventional Islamic State weapons. It apparently stored an Islamic State chemical arsenal, as well, which, after explosions and exposure, unleashed a plume of poisonous gas that traveled in the atmosphere to a nearby village and slaughtered innocents.

For months, I have been warning about the unchecked power of the intelligence community to manipulate the president by selectively revealing and selectively concealing what it knows about our enemies and our friends.

Did Trump have all the intelligence he needed in front of him before he attacked Syria? Apparently not.

Did he use proportional force defensively or pre-emptively to prevent harm to the U.S.? Clearly not. C

an he legally use military force to punish or to teach a lesson to another sovereign state that poses no threat to the U.S.? Absolutely not, or there will be no end to government violence.

Yet in this time of violent madness, there is the joy of the Resurrection. Happy Easter.