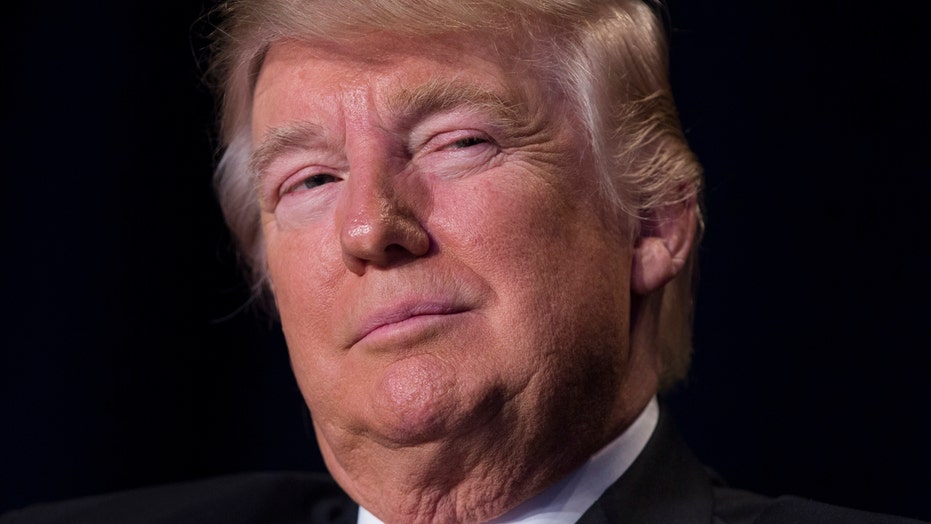 Judge Napolitano's Chambers: Judge Andrew Napolitano weighs in on whether or not President Trump has the authority to suspend immigrants from entering the United States, and how far that authority extends

Within four hours of becoming president of the United States, Donald Trump signed an executive order intended to limit immediately the effects of the Patient Protection and Affordable Care Act (Obamacare) in ways that are revolutionary.

With the stroke of a pen, the president assaulted the heart of the law that was the domestic centerpiece of his predecessor’s administration. How did this happen? How can a U.S. president, who took an oath to enforce the laws faithfully, gut one of them merely because he disagrees with it?

When Obamacare went through Congress in 2010, all Democrats in Congress supported it and all congressional Republicans were opposed. The crux of their disagreement was the law’s command that everyone in the United States obtain and maintain health insurance -- a command that has come to be known as “the individual mandate.”

Republicans argued that Congress was without the authority to compel people to enter the marketplace by purchasing a product -- that such decisions should be freely made by individuals and that that freedom was protected from governmental interference by the Constitution. Democrats argued that the commerce clause of the Constitution, which permits Congress to regulate commerce among the states, also permits it to compel commercial activity on the part of individuals who make up a highly regulated component of interstate commerce.

To ensure compliance with the individual mandate, the law provided that the IRS would collect the fair market value of a bare-bones insurance policy from those who did not obtain and maintain one. The government would then take that money and purchase a health insurance policy for that individual who rejected the law’s command.

Though Congress did not call it a tax and the government’s lawyers uniformly and consistently denied in all courts where it was challenged that it was a tax and President Barack Obama rejected the idea that it was a tax and even the lawyers for the challengers denied it was a tax, a 5-4 majority in the Supreme Court characterized the money collected by the IRS from noncompliant individuals as a tax.

This is profoundly significant for constitutional purposes because though Congress cannot regulate anything it wants, Congress can tax anything it wants, as long as the tax falls equally on those in the class of people who are paying it. This unheard-of characterization of a non-tax as a tax was necessary to salvage Obamacare before the high court because a different 5-4 majority in the same case ruled that the Republican congressional argument was essentially correct -- that the commerce clause does not empower Congress to compel commercial activity.

All of this has been debated loud and long since the law was enacted in 2010, validated by the Supreme Court in 2012 and came into Trump’s crosshairs in the Republican presidential primaries and again in the general election campaign.

Trump argued that the government cannot compel commercial activity, even as part of a large regulatory scheme, because the Constitution protects everyone’s right to purchase a lawful good or not to purchase one. He also asserted that Obamacare does not make economic sense because its regulation of the practice of medicine and its administration of health insurance have resulted in a diminution of choices for consumers, which in turn has raised premiums, as well as deductibles, and chased primary care physicians from the marketplace. The Obama mantra that you could keep your doctor and your health insurance under Obamacare proved to be patently false, Trump argued.

When Trump promised that as president -- on “day one” -- he would begin to dismantle Obamacare, some Republicans, many members of the press and most Democrats laughed at him. They are laughing no longer because the first executive order he signed on Jan. 20 directed those in the federal government who enforce Obamacare to do so expecting that it will soon not exist.

He ordered that regulations already in place be enforced with a softer, more beneficent tone, and he ordered that no penalty, fine, setoff or tax be imposed by the IRS on any person or entity who is not complying with the individual mandate, because by the time taxes are due on April 15, the IRS will be without authority to impose or collect the non-tax tax, as the individual mandate will no longer exist. Why take money from people that will soon be returned?

Then he ordered a truly revolutionary act, the likes of which I have never seen in the 45 years I have studied and monitored the government’s laws and its administration of them. He ordered that when bureaucrats who are administering and enforcing the law have discretion with respect to the time, place, manner and severity of its enforcement, they should exercise that discretion in favor of individuals and against the government.

This is radical coming from any president in the modern era of government-can-do-no-wrong. It is far more Thomas Jefferson, the small-government champion with whom Trump has never been associated, than it is Theodore Roosevelt, the super-regulator whom Trump has stated he admires. It recognizes the primacy and dignity of the individual and the fallibility of the state. It acknowledges the likely demise of Obamacare. It is utterly without precedent since Jefferson’s presidency.

Trump’s revolutionary act is a breeze of freedom on a sea of regulation. It recognizes something modern governments never admit -- that they can be and have been wrong. It is exactly as Trump promised.