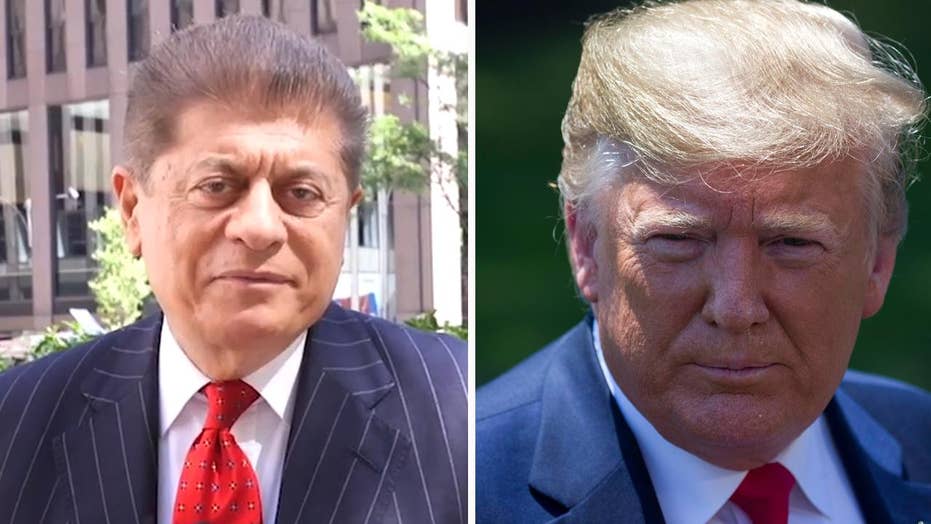 Judge Napolitano's Chambers: Judge Napolitano explains why, according to the Constitution, President Trump cannot issue an executive order requiring hospitals to tell patients up-front what their medical bills will be.

Many of my media colleagues have been lauding President Trump for signing an executive order earlier this week directing the federal Department of Health and Human Services to require health care providers to inform patients in advance of the true costs of medications and services.

The gist of the president's order seems universally pleasing. Who doesn't want to know from a health care provider – your physician, an emergency facility or a hospital – what the likely cost will be to you and what the actual cost of medications was to the provider? We all would like to know that. But does the president have the constitutional authority to order it?

In 2010, Congress enacted and President Barack Obama signed into law the Affordable Care Act, commonly called ObamaCare. It was Obama's signature legislation and, in his own words, it defined his presidency.

ObamaCare consisted of a nearly complete federal takeover of the micromanagement of health care in America. It required that all people in America have health insurance, or be charged for it by the Internal Revenue Service.

When ObamaCare was challenged in the courts, it was ultimately upheld by the Supreme Court on the flimsiest of grounds. The core of the challenge was to the congressional command that individuals must acquire health insurance. Under the Supreme Court's Commerce Clause jurisprudence, Congress can regulate the channels of interstate commerce, but it cannot force people to enter them.

Enter Chief Justice John G. Roberts Jr., who concocted the theory that the IRS financial charges to those who did not acquire health insurance were really taxes – even though the government and the challengers had argued that they were not taxes.

The president is using a law he knows is unconstitutional to make folks feel good. The federal government – more out of control and outside the Constitution than ever – continues to regulate in areas nowhere even hinted at in the Constitution.

Until Donald Trump became president in 2017. In recrafting the nation's tax laws, he and a Republican Congress removed the ability of the IRS to impose a tax on those without health insurance. That removal provoked another challenge to the constitutionality of ObamaCare – this one in a federal court in Texas.

The court in Texas found that, without the tax to save it, ObamaCare is unconstitutional. When that decision was appealed to the 5th U.S. Circuit Court of Appeals in New Orleans, the Department of Justice refused to defend ObamaCare.

This, in turn, raises two issues.

First, if the Trump administration holds that ObamaCare is, in fact, unconstitutional – either because the chief justice and his colleagues were wrong in 2012, as the president has argued, or because the federal court in Texas is correct, as the Justice Department contends – how can President Trump rely on an unconstitutional statute to issue a command to health care providers?

The second issue has a larger constitutional impact and it soon will confront the Supreme Court in another context. It addresses the separation of powers and the non-delegation doctrine, the latter championed by the late Justice Antonin Scalia.

The separation of powers is so integral to our system because – when complied with – it keeps all three branches of the federal government in check and prevents one from acquiring power from either of the other two. Congress writes the laws, the president enforces them and the courts interpret them.

Now, back to Trump's executive order on transparency. What happens constitutionally if one of the branches voluntarily gives away some of its power to either of the other two? Is that constitutional? The courts have consistently ruled that it is not.

Hence ObamaCare's delegation of lawmaking from Congress to the president – on which Trump relied for the legal basis of his transparency executive order, even though he and his Justice Department have called that basis unconstitutional – profoundly violates both the separation of powers and the non-delegation doctrine. That doctrine prohibits Congress from delegating away its core function – lawmaking.

But let's not lose sight of the big picture here. Under the Constitution, the federal government – whether Congress or the president – has no say in health care. We know that because the 10th Amendment reserves the power to regulate health, safety, welfare and morality to the states.

Where does all this leave us? The president is using a law he knows is unconstitutional to make folks feel good. The federal government – more out of control and outside the Constitution than ever – continues to regulate in areas nowhere even hinted at in the Constitution. And the more regulation we tolerate, the less freedom of choice we have.

Is there a free market, constitutional solution to all this? Yes. If the government stopped micromanaging health care, the free market combined with the self-regulation of the practice of medicine would bring us all a greater menu of choices than we have now.

Competitive forces would improve the quality and lessen the cost of health care delivery. In a small way, this has happened below the ObamaCare radar with the national proliferation of competitive and relatively inexpensive walk-in emergency facilities.

But such a free market solution would mean a monumental admission of failure and a voluntary relinquishment of power from the government. Don't hold your breath waiting for either of those to happen.