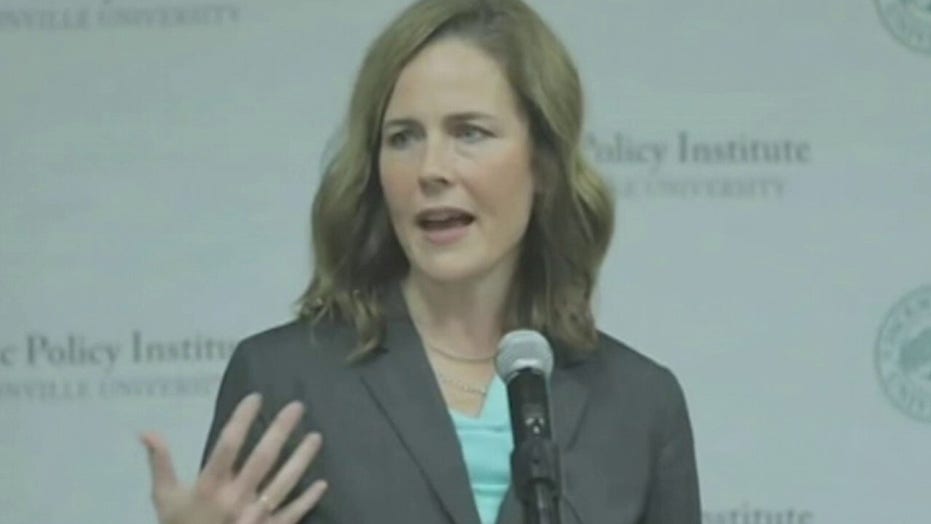 The mainstream media and many commentators on the left have embraced attacks on Judge Amy Coney Barrett’s religious convictions. But Judge Barrett’s faith is something to applaud, not attack.

As a young Catholic woman, I am motivated by, not fearful of, how faith can animate my commitment to God and Country alike.

Judge Barrett is an inspiration to me and undoubtedly to many others like me.

I have known Judge Barrett my entire life. My mother clerked with her on the Supreme Court in 1998, and since the Barretts moved to South Bend in 2002, they’ve been a constant part of our lives.

As a child, the Barretts’ house was one of my favorite places. We spent countless dinners, holidays and weekday afternoons there.

The basement would be crowded with children playing board games or hide-and-seek, the backyard full of kids swinging on the playset.

I came to appreciate the hospitality and faithful friendship Judge Barrett and her family always provided to my own. And, over the years Judge Barrett became much more than just another parent, she became a mentor and friend.

When, in 2017, Judge Barrett was nominated to the Seventh Circuit, I watched as she handled a difficult and often ugly confirmation hearing with incredible grace. Her daughters sat behind her as their mother was, as she always is, a model of poise and strength.

She spoke with confidence and conviction to the Senate Judiciary Committee that her faith need not preclude her from serving her country. Then a 16-year-old, those words rang in my heart as I wrestled with whether I could do the same: practice my faith while working in and for the world.

For Judge Barrett, of course, the answer is always yes. One not only can be a public servant while living her faith: one’s faith can call her to serve.

In the Catholic tradition, we speak of vocation: how God has called us to serve. Judge Barrett has a vocation to be a wife and mother, a law professor and a jurist. Now, as a junior in college, she models for me how to think about the ways I may be called to serve.

But do we not all seek our calling, even if we do not use that language? “This is my dream job;” “I was meant to do this;” “I’m making a difference.”

We all seek a clear purpose or calling to serve: a motivator for the work that we do.

Why, then, do opponents of Judge Barrett insist that her faith and convictions is a threat to our American institutions? Far from it: her faith drives her commitment to service of those institutions.

As a life-long friend and mentor, Judge Barrett continues to demonstrate to me that one can both live her faith and serve her country.

She inspires me to dedicate my life to similarly serve others, not hindered but rather animated by my faith.

As I have learned from Judge Barrett, knowing my vocation is what allows me to respond faithfully and do my work diligently.

There is a place for this commitment, even when motivated by faith, in our American institutions. There must be. To pretend otherwise is an insult to the millions of people of all faiths who are guided both by love of our country and Constitution and by love of God.

After 20 years of knowing and learning from Judge Barrett, I know her faith is not cause for concern, but rather one for inspiration. It has certainly inspired me.