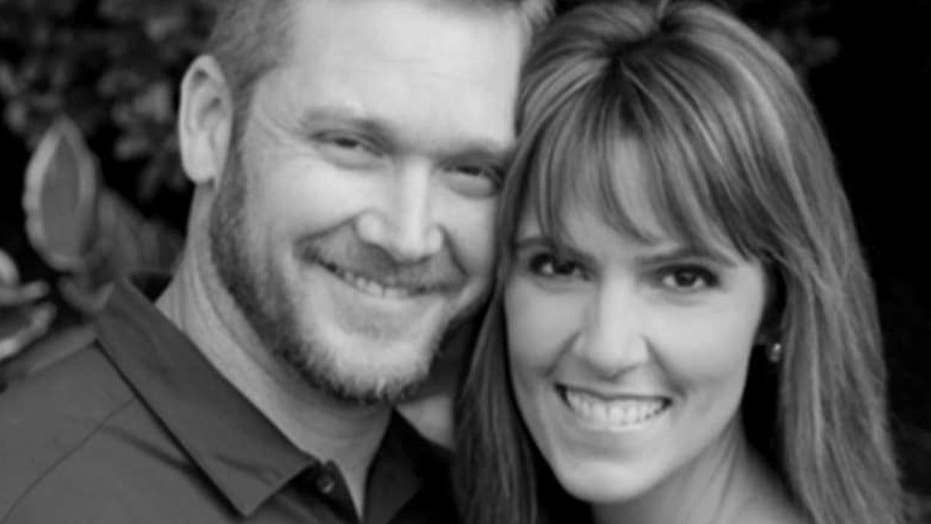 Taya Kyle on how military families deal with fear, anxiety

Editor's note: Taya Kyle is the widow of former U.S. Navy SEAL Chris Kyle, who served four tours in the Iraq War and was awarded the Silver Star and four Bronze Star medals for heroism in combat. He became well-known after the publication of his best-selling book “American Sniper: The Autobiography of the Most Lethal Sniper in U.S. Military History” in 2012, which was the basis for a 2014 movie. He and a friend were shot and killed at a gun range in Texas in 2013 by a military veteran who they were trying to help. The Chris Kyle Frog Foundation (CKFF) was created after Chris was killed based on the mission he and Taya talked about together to give back to military and first responders. Taya continued the work that the two were just getting started on when Chris was killed. Find out more about CKFF here.

May 8th was such an emotional day in Odessa. The dedication of the second Chris Kyle Memorial Highway was a lovely tribute to Chris. I felt blessed to be invited.

So many good people have worked so hard and donated so much of their time and money to honor Chris and all who serve. Senator Kel Seliger imagined years from now, after we are all long gone, there will be a child who sees the memorial and asks his or her parents “Who was Chris Kyle?” That’s when my heart clutched and the tears sprang up.

I hope they will see the handwritten notes from family carved into the stone at the base of the breathtaking sculpture and see he was man loved by his family.

I hope they will see the flag and know he was a man who offered his life to defend his country.

I hope they will see all branches of service represented, the wellness center next door -- a testament to the price of service.

I hope they will see the visitors and memorabilia left behind and know Chris Kyle was a humble man and he inspired others.

I hope they have a moment to meet one of the many veterans who visit the plaza and I hope they take a minute to talk with them. I did. The man pictured on my Facebook page with served in Vietnam.

He shared with me a time when he went into a VFW location and had WWII veterans tell him Vietnam wasn’t a real war and he wasn’t welcome there.

He told me about relatives who believed he should have gone to Canada rather than fight in a war they didn’t believe in.

He wasn’t complaining. He was sharing the truth of his life with no grudges.

He’s made peace with people who don’t agree or understand his beliefs and life of service.

He’s fought his way through pain to find happiness. He is a warrior in life. He also shared with me his happiness today with a wife he has loved for many years; his bright blue eyes twinkled as he talked about her.

He shared his desire to continue serving today in ways he could do from a wheelchair and the sting of the young people who dismiss his desires because they have other people who can do the work.

Then, he pulled out his wings and told me that although he had many, these were the actual wings he was given in Vietnam. He has carried them with him for a long time. He placed them in my hands and told me he wanted me to have them.

That’s when the ugly cry started. I was overwhelmed with the magnitude of service, sacrifice and a warrior’s deep desire to understand and be understood.

This warrior has a happy life. That in itself is a battle, a valiant fight for one who has endured much.

The overwhelming spirit of Chris, healing and service is palpable in the hot dry winds of Odessa blowing across the memorial plaza. Odessans have outdone themselves. This memorial says much about Chris and it says so much about the people in Odessa and what Odessa stands for.

To KDC Associates who donated their service to design the plaza, Vic Payne who sculpted the masterpiece of Chris so thoughtfully and lovingly, State Representative Brooks Landgraf who thought of and championed the Highway naming, State Senator Kel Seliger who pushed it through the Senate, the Odessa Chamber of Commerce who has tirelessly worked to represent their community with this effort and to the generous donors who made it all possible.... Well done.

My heart is full for all the lives you will continue to touch.

To Kirk Edwards, thank you for bringing me out to Odessa for the afternoon.

To the Steens, thank you for the much needed laughter afterward and to Chris...I felt you there. I can only imagine what it must feel like for you in heaven seeing the mark your earthly life has made on so many.

I am happy for you. I ache with missing you. I love you. I always will.