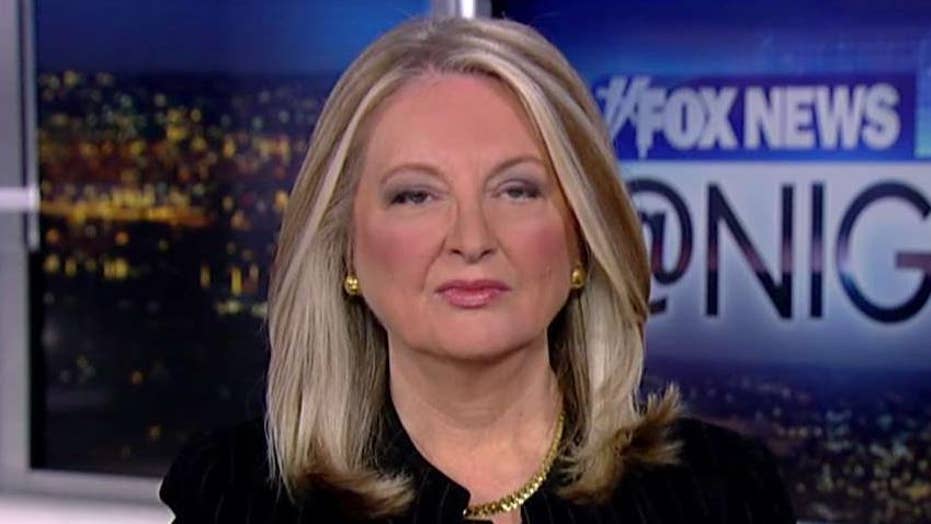 Iranian refugees may be sent back to Iran

The director of the Center for Religious Freedom discusses the most dangerous countries for Christians.

Scores of members of Iranian religious minorities left their homeland more than a year ago at Washington’s invitation with the intention of coming to America. But now they may be barred from the U.S. for security reasons and could be placed in imminent danger of deportation back to the Islamic dictatorship – where they likely would face persecution, or even imprisonment and death.

Also at risk are two signature Trump administration policies: protection of religious minorities as a U.S. National Security Strategy priority and the highlighting of the Iranian regime’s repression.

Allowing these refugees to be sent back to ugly fates in Iran would recast the administration’s noble policies as mere political propaganda.

U.S. Ambassador at Large for Religious Freedom Sam Brownback rightly put the issue of the Iranian refugees at the top of his agenda at the first public briefing he hosted at the State Department Feb. 23. Resolving the issue will be his first major challenge.

This crisis began in fall 2016 when 87 members of Iran’s repressed religious minority communities were selected to benefit under the Lautenberg Amendment – a process initially adopted to rescue Jews from the former Soviet Union and expanded in 2004 for Iran’s religious minorities.

After a preliminary review of their cases, the minority members – ranging from Armenian and Assyrian Christians to Mandeans and Zoroastrians – were invited to travel to Vienna, Austria for final vetting before resettlement in the U.S. Soon after arriving in Vienna, however, they were put on a security hold, and last month were finally rejected for undisclosed security reasons by the U.S. Homeland Security Department.

The Vienna processing has been used in the past for Lautenberg refugees. It typically took only weeks or months and 99 percent of refugees made it through, reports HIAS, the nonprofit agency hired to facilitate the Lautenberg resettlements.

But in late 2016 the Obama administration instituted a new, secret security layer. (Both the State Department and HIAS insist that these rejections aren’t related to President Trump’s executive order on the “travel ban.”)

The Homeland Security Department sent some of the 87 Iranian refugees personal rejection letters, citing security concerns. Others simply got forms giving unspecified discretionary reasons for their rejections. They have no right to appeal and their requests for review – a perfunctory process – failed to reverse any denial.

The refugees include: a wheelchair-bound, 87-year-old grandmother; a Mandean man whose wife and 4-year-old twin daughters were admitted into the U.S. a year ago: and Armenian and Assyrian Christian, Mandean and Zoroastrian families with relatives in the U.S.

Implausible as it seems, it’s always possible that some of these people could pose real security threats. The U.S. points to the fact that 800 others were admitted during 2017 through this program as evidence that there is no blanket denial policy. I also learned from a government source that the security concerns arose from information volunteered by the applicants, not from unreliable Iranian government sources.

Beyond that, however, nothing is known about the reasons for their rejections. U.S. law prevents public disclosure of the security details. And the Homeland Security Department hasn’t answered the February request for a private briefing by Rep. Randy Hultgren, R-Ill., co-chair of Congress’ Tom Lantos Human Rights Commission.

The State Department also seemed initially taken by surprise at the Homeland Security Department rejections and has no policy for dealing with them. In the past, the few people denied admittance to the U.S. either returned to Iran or applied for Austrian asylum. Troublingly, their outcomes were not tracked, say HIAS lawyers.

At the State Department briefing Feb. 23, a spokeswoman said that "the United States will not force anyone to return to Iran," and that every case will receive “careful review.” In a follow-up email to me, she added that the U.S. and Austria are “working together on protection options.” She cited, as one such option, resettlement in Armenia – a country with a 17 percent unemployment rate, virtually guaranteeing refugees a future in poverty.

These statements provided little reassurance. A week earlier the 87 refugees had received their final Homeland Security Department rejections and were visited by Austrian police, who warned of their imminent deportation to Iran unless they claimed asylum in Austria.

The refugees are now “scared to death,” Austrian Catholic Church officials who are helping them told me. Their prospects for asylum in Austria are dim, hurt by the U.S. rejections.

And as members of religious minorities who attempted to move to the United State – the “Great Satan” in the view of the Iranian regime – the refugees face double jeopardy back home. Iran’s prisons are filled with alleged spies and traitors – many falsely accused – as well as persecuted religious minorities. In recent weeks, six political prisoners in those jails reportedly have died under torture.

? Ensure a case-by-case security review for each of the 87 refugees barred from the U.S.

? Prevent anyone’s forcible return to Iran, even after rejection in an Austrian asylum adjudication.

? For those denied, find a humane solution in a third country – after all, for humanitarian reasons, Bermuda agreed to take Chinese Uighur terrorists from the U.S. military prison in Guantanamo, Cuba, after the Uighurs were captured in Afghanistan. So a similar plan could be created for the 87 refugees.

Brownback should also work to preserve the Lautenberg process. Reforms are needed to avoid future debacles like this and to reassure our program partner, Austria.

Far from being the “Cold War anachronism” that the New York Times has made it out to be, the Lautenberg Amendment gives life to U.S. national security strategy policies.

Iran is a “Country of Particular Concern,” – that is, a State Department-designated religious persecutor of the first order. In 14 years, the Lautenberg Amendment has provided a lifeline to over 32,000 Iranians from minority religious groups.

The amendment upholds the highest of American values. America should do no less.