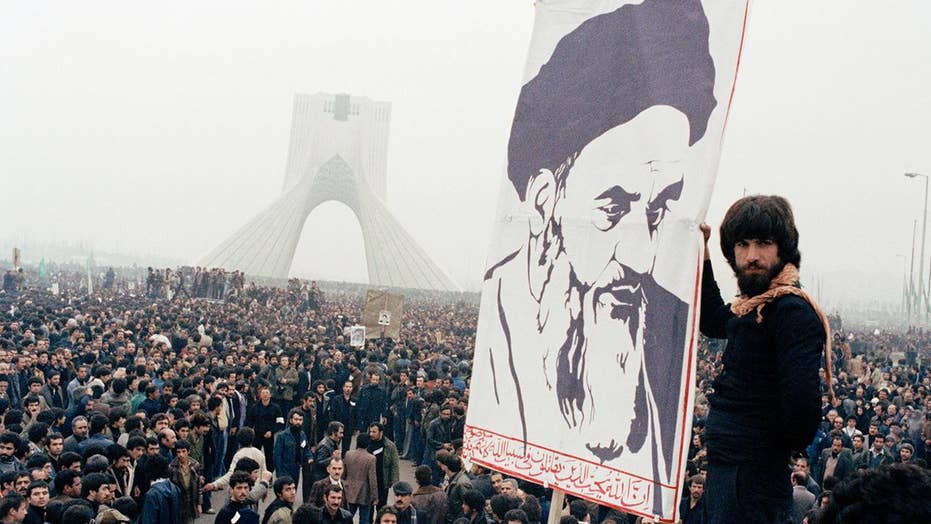 The Foundation for Defense of Democracies research fellow Behnam Ben Taleblu weighs in on how the U.S. can help those still under the control of the theocratic regime in Iran.

Most Americans don’t realize it, but we’ve been at war for the last 40 years with the Islamic state of Iran.

This is not  a war we declared. And often, it’s been a war that our political and intelligence elites have denied exists. That’s because, just like the war we’ve been fighting since the 9/11 attacks, it’s a war that others declared on us rather than a war of our choosing.

It began on November 4, 1979, when “radicals” loyal to Ayatollah Ruhollah Khomeini seized the U.S. Embassy in Tehran and held our diplomats hostage for 444 days.

Once the hostages were released, on the very minute President Reagan was sworn into office, most Americans – including our politicians – thought the war was over. We did nothing.

On April 18, 1983, a suicide bomber drove a truck full of explosives into the U.S. Embassy in Beirut, Lebanon, killing 63 people, including 17 Americans. (I reported from the scene of that bombing for USA Today at the time). The U.S. government never determined who was behind the attack, although we now know it was Iran. We did nothing.

President Trump has said repeatedly that Americans are tired of endless wars. I agree. So here’s a strategy for winning this war and ending it once and for all.

On Oct. 23, 1983, twin truck bombs killed 241 U.S. Marines and 58 French peacekeepers in Beirut. Once again, Iran ordered and carried out the attacks. We did nothing.

Over the years, the Iranian regime, through its top terror-master, Imad Fayez Mugniyeh, kidnapped Americans, hijacked U.S. aircraft, and blew up more U.S. embassies while we did nothing.

In 1998 Mugniyeh and his Iranian paymasters teamed up with Usama bin Laden, attacking U.S. embassies in Africa, driving a boat laden with explosives into the U.S.S. Cole, and yes, attacking America on Sept. 11, 2001.

Victims of the 9/11 attacks have won more than $18 billion in damages against the Islamic state of Iran in U.S. courts, based on evidence that Iran “materially and directly supported al Qaeda” in preparing and executing those attacks.

Iran has also targeted U.S. soldiers on the battlefield, killing more than 1,000 U.S. troops with specialized improvised explosive devices in Iraq, placing a bounty on U.S. service personnel in Afghanistan, and most recently targeting U.S. forces in Syria. The carnage just goes on and on.

President Trump has said repeatedly that Americans are tired of endless wars. I agree. So here’s a strategy for winning this war and ending it once and for all.

First, we need to increase military pressure on Iran by cutting off its “land bridge” through Syria to Israel’s northern border. This can be done by continuing to support the U.S. base at al Tanf in southeastern Syria, whether it is operated by Kurdish or Arab allies or members of the U.S. military.

Next, we need to loosen Iran’s stranglehold over Iraq, by convincing the Iraqi government to disband the Iranian-backed Shiite militias that funnel arms and material through Iraqi territory into Syria, and by weeding out Iranian agents in the Iraqi government.

Third, we need to provide material, political and diplomatic support to the pro-freedom movement inside Iran, striking the regime at the core of its weakness – its democracy deficiency.

And fourth, Secretary of State Mike Pompeo needs to encourage U.S. friends and allies at the international meeting on the Middle East in Poland to enact new multilateral economic sanctions against Iran. These should include measures to freeze Iranian government assets so that the victims of Iranian terrorism with U.S. judgments can file claim to them overseas.

Justice for victims of terrorism must be part of the U.S. strategy to defeat the Islamic dictatorship in Iran. After all, keeping safe those fat overseas bank accounts is something the corrupt mullahs in Iran treasure. Let’s hit them where it hurts.