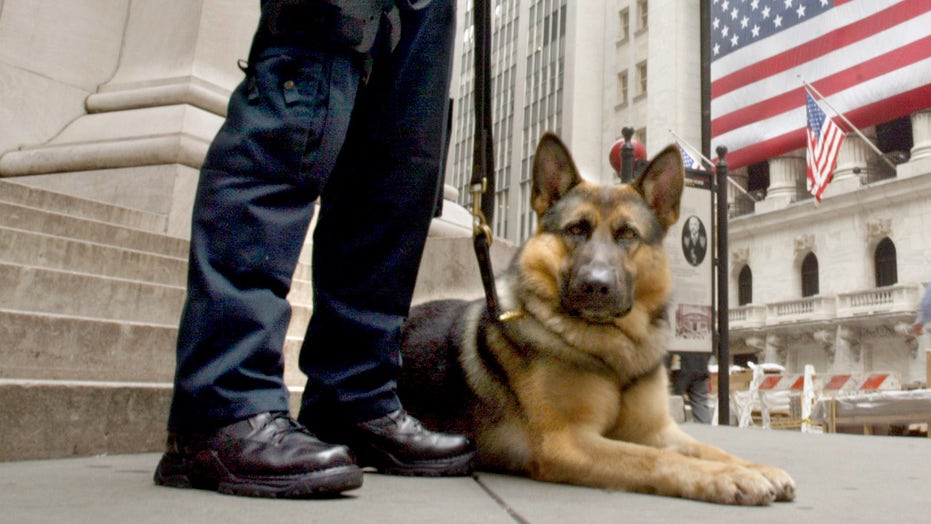 Recent congressional testimony reveals that the United States is relying heavily on foreign outsourcing to provide one of our most essential frontline defenses against terrorist attacks – highly specialized bomb-sniffing dogs used at airports, stadiums, political gatherings and other public venues.

You may encounter one of these dogs at an airport if you are traveling over the holiday season, using their keen sense of smell to find deadly explosives to keep you and your fellow travelers safe.

The U.S. rarely if ever cedes critical national security duties to foreign manufacturers. From fighter jets, to submarines, to tanks, the default is to U.S. suppliers.

But when it comes to the bomb-sniffing dogs that safeguard millions of people annually, some 80 percent to 90 percent are obtained from foreign vendors or domestic vendors who import dogs bred overseas, according to an analysis by the American Kennel Club.

Americans should be concerned about the impact on homeland security of this foreign outsourcing to supply us with these life-saving dogs. The quality of the animal and its capabilities are affected by breeding and care, but we are uncertain about the quality of dogs imported into our country.

“Challenges faced when relying on importation of dogs from foreign sources stem from a lack of control over factors that could impact the success and stability of these dogs,” Cynthia M. Otto, a senior researcher at the University of Pennsylvania’s School of Veterinary Medicine, recently told a House panel. She cited concerns including disease and inbreeding.

What’s more, the best dogs tend to be retained for use in Europe, where they are bred. And of those dogs provided for export, the U.S. must compete with countries able to offer large sums in direct cash transactions – rather than government credit cards or vouchers provided by the U.S. government.

The supply of capable working dogs from foreign sources is continuing to tighten. The spiraling threat of terrorism and the resulting demand for working dogs within Europe and around the world means there’s a growing shortage of even mediocre-quality foreign dogs available to protect people in our own country.

International demand for canines has increased dramatically, said Rep. Gary Palmer, R-Ala., whose House Subcommittee on Intergovernmental Affairs is examining the problem. “This heightened demand has led to a shortage of suitable canines, making it difficult for the U.S. government to obtain the working dogs it needs.”

Currently, there are an estimated 10,000 working dogs in the United States, including dogs working in government, military, law enforcement and at private facilities.

Over the years, various government agencies have established specialized working dog-breeding and training facilities. Following the Sept. 11, 2001 terrorist attacks, the government established a top-notch detection dog breeding program, but it was closed down in 2012 due to budget cuts. That placed an even greater reliance on the sourcing of military working dogs from overseas.

Currently, there are an estimated 10,000 working dogs in the United States, including dogs working in government, military, law enforcement and at private facilities. The Department of Defense operates a small breeding program at its kennels at Lackland Air Force Base in San Antonio. That’s far from sufficient to meet domestic demand.

The great irony is that the breed of choice for explosives detection work is the Labrador retriever – America’s most popular breed. The American Kennel Club alone registered more than 200,000 Labrador retrievers in 2016.

And while the Labs used for explosives detection are highly specialized, the nation has numerous expert breeders with the knowledge necessary to provide the type of dogs needed without resorting to expensive European dogs.

One reason U.S.-bred dogs are not tapped is that dog breeders are typically small operators with little understanding of how to navigate the byzantine government procurement system. They are people committed to the breed they love and are not in it for the money. Many find the government contracting and payment processes overly complicated and often impenetrable.

Another reason for the reliance on imported dogs is the economics of dog breeding. The federal government does not purchase dogs until they are 9 to 12 months old – the age for entering training programs. Most breeders are not set up to house puppies for that long, especially with no guarantee of purchase at a later date. Plus, many top sporting dog breeders can sell a high-quality puppy at 12 weeks for a price the government would pay at 12 months.

Breeders, researchers and government agencies have committed to addressing this homeland security deficit and ensuring a robust domestic supply of capable canines and a less convoluted procurement process.

“I don’t think the public understands how scarce this resource is,” said Rep. Mike Rogers, R-Ala., who serves on the Homeland Security Committee, “and how critically important it is to our national security.”

Simply put, we shouldn’t be outsourcing such an essential function.