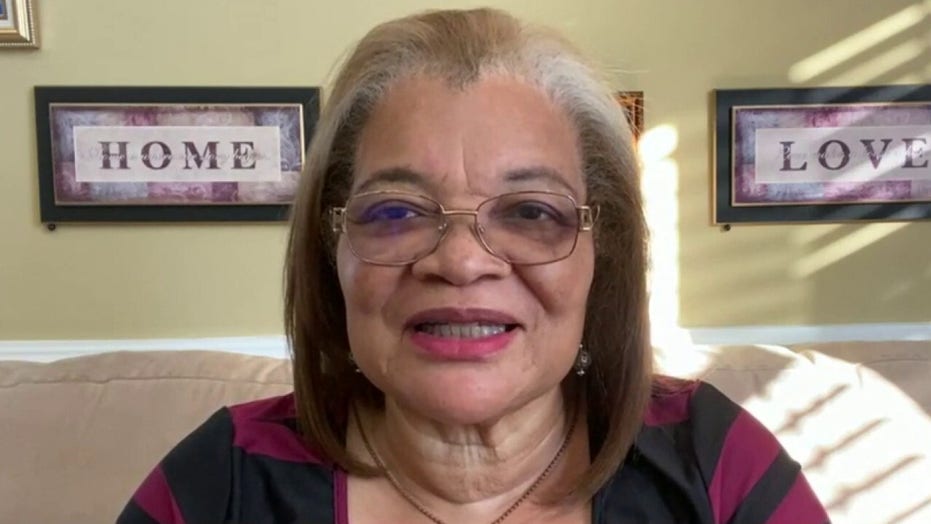 As we see cities burning across America following the senseless killing of George Floyd in Minneapolis on Monday, there is a cry to heaven going up across America: Lord, please heal our land! It is a cry for unity, for social justice, for safety and for an end to hatred.

There is a unique opportunity for leaders of our families, our communities and our nation to open our stadiums, town halls, sanctuaries and social media streams and invite people to stop panicking and stop fighting and breathe.

George Floyd was robbed of his very God-given breath. The unarmed black man accused of passing a counterfeit $20 bill was on the ground in handcuffs when white police officer Derek Chauvin knelt on his neck for about eight minutes, crushing the life out of him even as Floyd pleaded that he could not breathe.

ANOTHER NIGHT OF RIOTS ERUPTS IN US AS PROTESTERS, POLICE CLASH IN NYC, PHILLY, CHICAGO, OTHER CITIES

Chauvin has been charged with third-degree murder and manslaughter in the merciless killing of a defenseless man suspected of a minor crime. What a senseless loss of life!

Right now, here in America we are in a season of repentance and revival. It is very important for spiritual leaders to lead the way in repentance and prayer; especially with the violence erupting out of Minneapolis spreading destruction across the country like wildfire.

Thankfully, spiritual leaders are recognizing that we are in a battle of evil against good. Of course, good always prevails in the end. God is good. As members of one common race – the human race – we continue to fight this battle. We should unite, fighting as one with our spirits, souls and bodies in full engagement.

As leaders, we must encourage people who are frightened and frustrated. We must stand in solidarity and unity as one human race. We must reject the socially engineered concept that our skin colors and ethnicities divide us into racial groups.

As my uncle, the prophet Rev. Martin Luther King Jr. – who was also killed by a white man – famously said, he dreamt of a world where people “will not be judged by the color of their skin but by the content of their character.” Amen.

The Bible tells us: “The God who made the world and everything in it, this Master of sky and land, doesn’t live in custom-made shrines or need the human race to run errands for God, as if God couldn’t take care of God. God makes the creatures; the creatures don’t make God. Starting from scratch, [from one blood] God made the entire human race and made the earth hospitable, with plenty of time and space for living so we could seek after God, and not just grope around in the dark but actually find God. God doesn’t play hide-and-seek with us. God’s not remote; God’s near. We live and move in God, can’t get away from God! One of your poets said it well: ‘We’re the God-created.’ Well, if we are the God-created, it doesn’t make a lot of sense to think we could hire a sculptor to chisel a God out of stone for us, does it?” (Acts 17:24-29)

People are human beings with so much more uniting us than dividing us. People have human personalities. As Martin Luther King once said: “When we value the human personality we won't kill anybody.” He also said: “Injustice anywhere is a threat to justice everywhere. I have decided to stick with love; hate is too great a burden to bear.”

In the midst of the Minneapolis crisis, President Trump has said anarchists must not be allowed to drown out the voices of peaceful protesters. Now is a time for a peaceful protest prayer and repentance.

I am saddened yet undaunted that a quote from my Uncle Martin is being taken out of context. The prophet said that "violence is the language of the unheard.” Some people are calling this an endorsement of violence, but nothing could be further from the truth. MLK spoke those words in defense of non-violence; he refused to promote violence as a solution to the ills of society.

Martin Luther King preached love, not hate; peace, not violence; and universal brotherhood, not racism. “Love is the only force capable of transforming an enemy into a friend,” he said in 1963.

If only my uncle could still be with us now; fighting nonviolently for justice and against all manifestations of hatred and racism.

As we are in the eye of the storm, the solution remains: peace be still. No peace, no justice. I believe MLK would agree.

America is in flux, with George Floyd, Martin Luther King Jr., COVID-19 and unborn aborted babies all whirling around in a chaotic storm. Peace be still. Anchor with the Gospel of Jesus Christ.

As these storms coincide and converge we must ask: What can we do so that we are not fearful and not panicking but praying, believing and loving? We must pray and unite as people of one blood, one America, one human race.

My heart is heavy with grief and is moved by the cruel killing of George Floyd, who was a man of God. An urgent cry is growing in my heart. Please America, pray for an end of the looting and shooting! Unite in prayer as one blood.

Thank God for promises made and promises kept. We must continue on.