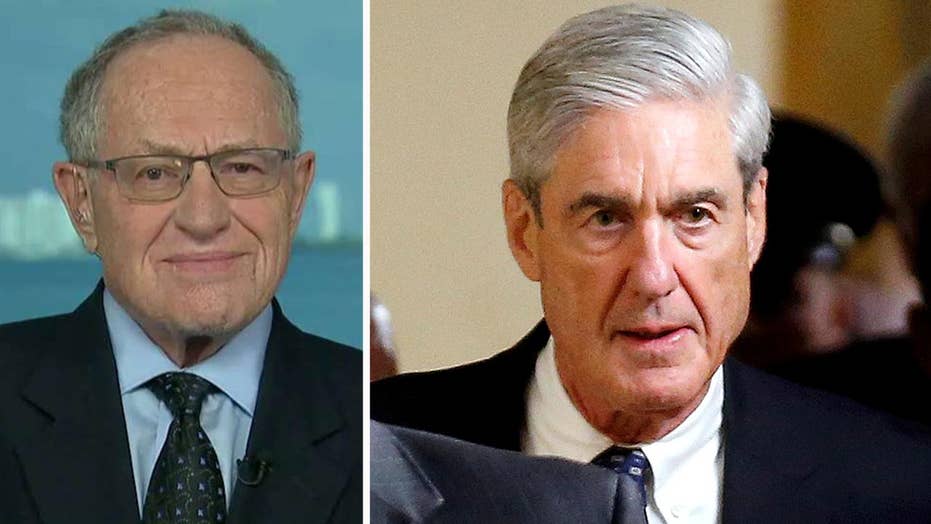 Harvard Law School professor emeritus says the special counsel should have obtained warrants for email access and is generally conducting a 'sloppy' investigation.

The Trump team is probably not going to seek to fire Special Counsel Robert Mueller. To do so would be to provoke Trump’s crucial supporters in Congress.  Instead, they seem to be seeking to discredit him and his investigation.

This is apparently designed to achieve two possible results: the first is to put pressure on the special prosecutor to lean over backwards in order to avoid any accusation of bias against Trump and his team. Mueller cares deeply about his reputation for integrity and will want to emerge from this process with that reputation intact.  Accordingly, he may err – consciously or unconsciously – in favor of Trump in close cases so that the public will regard him as unbiased and fair-minded.

This is a classic tactic used by lawyers, athletic coaches, business people and others in how they deal with decision makers.  The great Red Auerbach, former coach of the Boston Celtics, once told me that when he screams loudly at officials, he generally gets the next close call in his favor.  I have heard the same from baseball managers regarding balls and strikes.

This is a somewhat risky strategy in the context of law, because attacking the decision maker could also backfire.  Whoever thinks about using this tactic should understand the particular decision maker against whom it is directed.  Mueller seems like an appropriate target because of his concern for his reputation for fairness.

All in all, the Trump team is in a better position continuing to challenge Mueller than trying to get rid of him as the special counsel.

Even if this tactic were not to work, the attack on Mueller gives the Trump team some legal weaponry in the event of an indictment or a recommendation for impeachment.  If a significant portion of the country believes that the special counsel was unfair, this could help in legal proceedings before judges or jurors.

So attacking Mueller may appear to be a win-win tactic for the team – certainly a lot better than firing Mueller.  Fortunately for the Trump team, Mueller has played into their hands by his sloppiness in conducting the investigation.  He has been incautious with his choice of personnel – too many of them seem biased against Trump, not only by their backgrounds, but by their tweets and messages.  When you go after a president, you must be Caesar’s wife – above suspicion or reproach.  Mueller seems to be failing the Caesar’s wife test.  Moreover, the manner by which he acquired emails and other documents from the Trump transition team may raise some legal questions.  The same may be true if he used the questionable dossier against Trump as a basis for securing warrants.

All in all, the Trump team is in a better position continuing to challenge Mueller than trying to get rid of him as the special counsel.

This is not a game, of course.  Lives and liberty are at stake, but gamesmanship has always been part of our legal system, for better or worse.

Mueller can improve his situation in several ways.  First, he should appoint an ethics expert to advise him – a former judge who is beyond reproach.  Names like George Mitchell, Louie Freeh, and Justice David Souter come to mind.  That advisor could assure him in going forward there will be no more embarrassing revelations of messages or emails that create the appearance, if not the reality, of bias.  He must also be more careful in how he obtains evidence.  The last thing he should do is give ammunition to defense attorneys to challenge his evidence gathering methods.

In setting out this analysis, I am not taking sides.  I am simply sharing my 50 years of experience as a criminal defense lawyer who has seen the criminal justice system up-close, warts and all.  As James Madison wrote in Federalist 51 “Perhaps everyone will agree that if we were all angels, no state would be necessary, and if angels were the governors, they would require neither internal nor external constraints to ensure that they governed justly.”  Neither the Trump team nor the Mueller team are angels.  They are human beings with human limitations.  But an investigation of a president must be as close to angelic as any human endeavor can be.  Otherwise the public will not have confidence in the results.