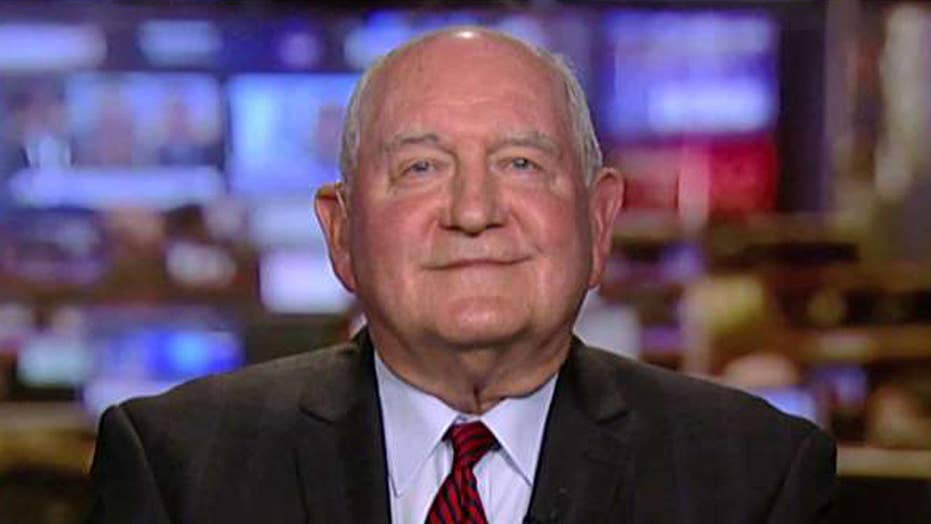 Perdue on protecting farmers from trade fight with China

President Trump has been standing up to China for months, sending the clear message that the United States will no longer tolerate that nation’s unfair trade practices.

Now the president has put tariffs in place in response to decades of objectionable conduct by China, including the forced transfer and outright theft of American technology and intellectual property.

President Trump is taking action on trade policy to open markets so that American farmers can compete globally. The proper response from China would be to correct its behavior to address concerns raised by the United States and other trading partners. But China instead chose to retaliate, in many cases targeting U.S. agricultural products.

President Trump has instructed me, as secretary of agriculture, to prepare a strategy to protect our agricultural interests from these unfair retaliatory tariffs. After careful analysis and thorough discussion by our team at the U.S. Department of Agriculture (USDA), we are now prepared to announce the tools we plan to use.

Trade damage from unfair retaliation has impacted American farmers who grow a host of U.S. commodities, including field crops like soybeans and sorghum, livestock products like milk and pork, and many fruits, nuts, and other specialty crops.

Additionally, there is evidence that American goods shipped overseas are being slowed from reaching market by unusually strict or cumbersome entry procedures, which can affect the quality and marketability of perishable crops. This can boost marketing costs and discount our prices, adversely affecting farmers.

We always suspected that American agriculture would likely be the first sector hit, because our producers are extremely productive and are excellent competitors in the world marketplace. Indeed, of the total tariffs imposed on the U.S., a disproportionate amount was targeted directly at our farmers.

In keeping with President Trump’s promise, his administration will not stand by while our hardworking men and women of agriculture are treated unfairly by countries acting in bad faith, acting as strategic economic competitors intent on breaking the rules.

Accordingly, after careful consideration of the effect of China’s actions, USDA will employ tools at our disposal to provide up to $10 billion to $12 billion in programs, which is in line with the $11 billion impact on U.S. agriculture we have calculated.

The following programs, in addition to our existing programs of farm support, will assist agricultural producers in mitigating the damage from markets disrupted by the trade dispute with China:

Up to this point, we have resisted disclosing the strategy under consideration under the belief that it was not good practice to unveil the playbook while the other team was watching. We are now confident that this approach is best for American agriculture while the trade dispute with China continues.

In the coming weeks, we will provide greater detail of how these programs will be utilized and how individual producers will benefit. And as I have often stated, we aim to provide all necessary information to affected producers by Labor Day.

President Trump knows that America’s farmers, ranchers, foresters and producers work to feed, fuel and clothe this nation and the rest of the world. Farmers are patriots and they have supported the president in his defense of the overall American economy. But it is a fact that they cannot pay their bills with patriotism.

It is worth stating again that all of this could be rectified tomorrow if China would simply mend its ways. But until China decides to play by the rules that govern free and fair trade, the Trump administration will not allow agriculture to bear the brunt of China’s retaliation.

Sonny Perdue has served as the United States Secretary of Agriculture since 2017. He served as the 81st governor of Georgia from 2003 to 2011.