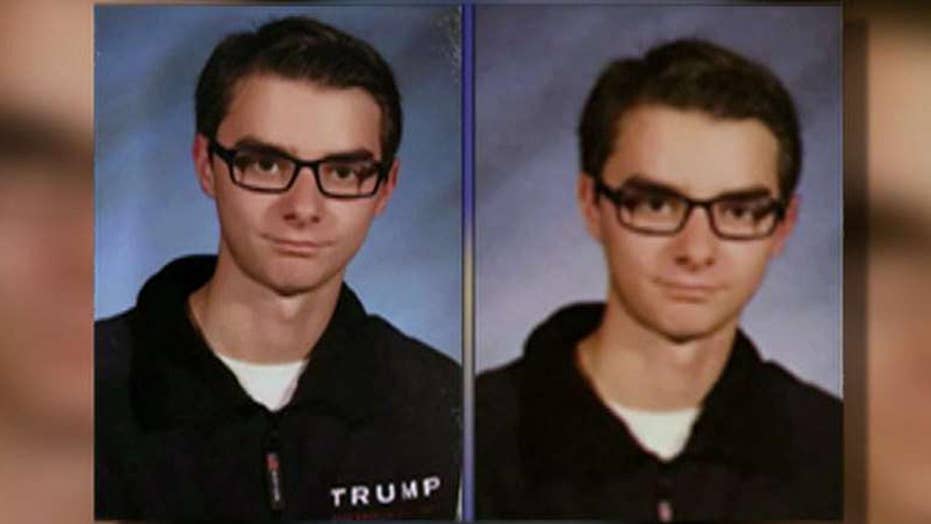 Student speaks out on 'Fox & Friends'

The yearbook class at Wall Township High School may need to create a new senior superlative: “Most Likely to Violate the First Amendment.”

And the first inductee might just be the school’s yearbook adviser.

Click here to for a free subscription to Todd’s newsletter: a must- read for patriotic conservatives!

Cheryl Dyer, the superintendent of Wall Township Public Schools told me the yearbook adviser has been suspended amid an investigation into the alteration of photos and the omission of text from students who support President Trump.

“The Board of Education president authorized me to suspend the yearbook adviser. I cannot comment further on personnel matters at this time,” Dyer told me.

In an earlier statement, Dyer said the school district values free speech and said the allegations of censorship were disturbing.

“Any inappropriate challenge to these principles will be rectified as swiftly and thoroughly as possible,” she said.

She went on to say “the administration does not condone any censorship of political views on the part of our students.”

However, at least three students who support President Trump have reported instances of censorship in the student yearbook.

Junior Grant Berardo could not believe it when he discovered his yearbook photo had been digitally altered. His “Make America Great Again” shirt had been covered up by a black T-shirt.

“It was photo-shopped,” he told the newspaper. “I like Trump, but it’s history, too. Wearing that shirt memorializes the time.”

Siblings Wyatt and Montana Debrovich-Fago also reported being censored. The words “Trump-Pence” were digitally removed from his sweater.

Montana, the schools’ freshman class president, reported that her Trump quote had been taken out of the yearbook.  The quote read, “I like thinking big. If you are going to be thinking anything, you might as well think big.”

Their mother is demanding answers.

“I’m disappointed and angry,” Janet Dobrovich-Fago told me. “The [censorship] leads me to believe it’s definitely against President Trump.”

Mrs. Dobrovich-Fago said it’s hard to believe something like this could happen.

“I don’t know how somebody could have done that and thought it was okay to do,” she told me.

She said Wyatt is a passionate supporter of the president.

“He went to the inauguration. He went to rallies,” she said. “He has a voice and he wants to be heard. He is so upset with what’s going on in our country.”

Unfortunately, the youngster has been receiving quite a bit of hate mail from the anti-Trump crowd – some of it quite disturbing and vile, his mother said.