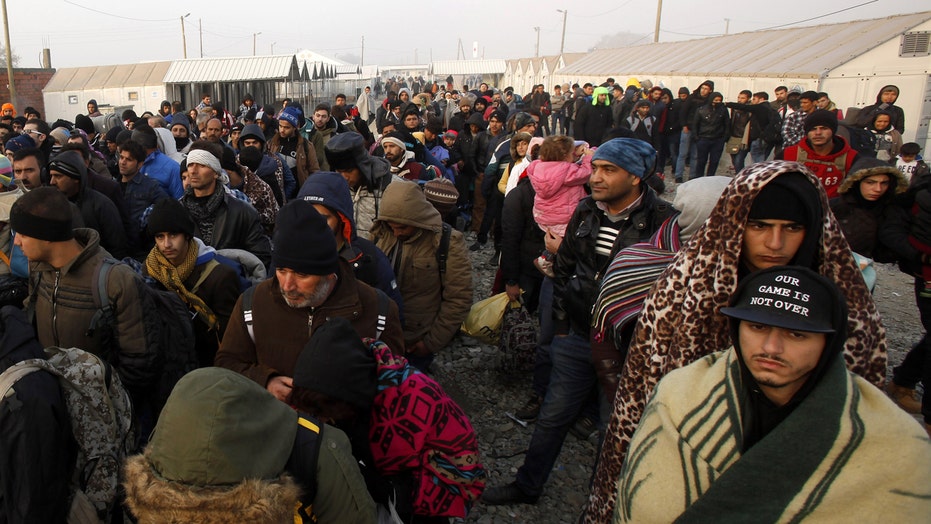 Do Syrian refugees pose a threat to national security?

The deadly attacks in Paris pose new and important questions for America about its national security.

While ISIS – the Islamic State – has claimed responsibility for the attacks in Paris, there are reports that at least one of the terrorists involved in the attacks departed from Syria as a “refugee,” possessing a Syrian passport.

Reports also indicate that ISIS has stated its intention to send terrorists around the globe posing as refugees.  ISIS is sophisticated in its use of social media and communications. The terror group reportedly even has a “help desk” – staffed 24/7 -- to provide critical information to terrorists on how to evade detection.

Now, ISIS has specifically threatened the United States:  “[A]s we struck France in the center of its abode in Paris, then we swear that we will strike America at its center in Washington.”

The U.S. must continue to be a shining city on the hill and a beacon of freedom for the entire world. But we must not confuse compassion with taking all precautions necessary to protect our homeland.

The threat is very real.  So is the barbaric violence ISIS imposes on Syrian Christians and others.

With this in mind, there are five things we must do now to protect our national security.

ISIS must be destroyed. That’s what’s best for the United States, best for its citizens and best for refugees fleeing the chaos of their homelands. The admission of refugees, or any alien, is a sovereign act of the United States, as is an act of national security.

2. It is clear that those forced out of their homes due to the ongoing civil war in Syria face a dire situation. And as we know, the role the United States and its people have played historically to aid persons in such circumstances has been crucial.

The U.S. must continue to be a shining city on the hill and a beacon of freedom for the entire world. But we must not confuse compassion with taking all precautions necessary to protect our homeland.

3. One of the biggest contributors to the situation today is the failure of the Obama administration to negotiate a Status of Forces Agreement (SOFA) with Iraq. That led to our removing all U.S. forces from Iraq, thereby creating the conditions that led to the break-up of Iraq along sectarian and ethnic lines which, in turn, led to the rise of ISIS.

Also, this refugee crisis is a result of failed American leadership in the region which has allowed the rise of ISIS to terrorize and exterminate anyone who disagrees with their jihadist views.

If the U.S. led as we have in previous generations, then there would be no refugee crisis. We must destroy ISIS once and for all to provide a sustainable and lasting solution for the approximately 10 million refugees who have been displaced.

4. In light of the recent ISIS-related attacks in Paris, we believe there must be a moratorium put in place on the admittance of all refugees from Syria to the United States.

That’s right – a moratorium until the American people can be assured that the federal government has implemented an extensive and reliable vetting process to establish the identity and associations of those persons who are admitted to our country so that no radical Islamic jihadists may enter camouflaged as “refugees.”

Simply put, we need to hit the “pause” button.

That’s fast becoming the conclusion of many on both sides of the political aisle. House Speaker Paul Ryan (R-Wis.) says it’s time to put accepting Syrian refugees on hold, saying: “This is a moment where it’s better to be safe than to be sorry.”

California Sen. Dianne Feinstein, the top Democrat on the Intelligence Committee, rejected President Obama’s assertion that ISIS is “contained” – adding, that “they are on a march.” Sen. Feinstein also urged caution on refugee admissions to “ensure we can continue to balance our security with helping those most in need.”

New Hampshire Gov. Maggie Hassan – a Democrat – is among nearly fifty percent of  U.S. governors in the country who believe accepting Syrian refugees now represent too much of a security threat. Gov. Hassan called for a complete freeze of Syrian refugees entering the U.S. until the government can “ensure robust refugee screening.”

5. The United States should align its Syrian refugee policy to encourage future reintegration into a stable Syria, prioritizing aid and assistance to create safe “in-region” relocation options for those fleeing Syria.

The creation of “safe zones” addresses the need to protect the persecuted, while still protecting the national security interests of the United States.

Protecting the homeland is never easy. But it’s time President Obama take ISIS seriously and fulfill the oath he took as president to “preserve, protect, and defend the Constitution of the United States.”

The American people deserve nothing less as our country faces a very dangerous time.