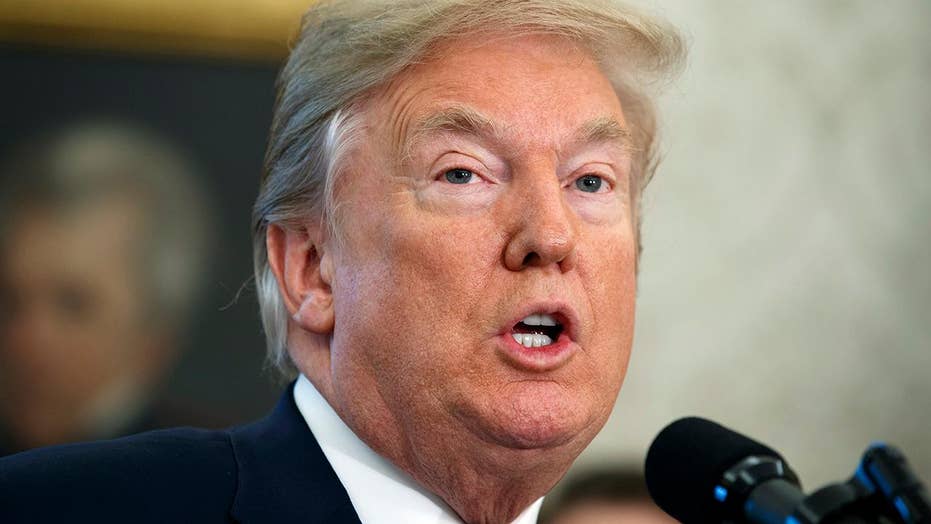 Tuesday’s attack by a radical Islamic terrorist that took the lives of eight people and injured a dozen in New York City was a startling wake-up call for many Americans.

Such attacks continue across the Atlantic, as well as in Asia and the Middle East, but now this particular brand of violence and murder has once again brought mass casualties to our shores.

But let’s be clear: radical Islamic terrorists have been launching attacks here in the United States for years, with the deadliest occurring on Sept. 11, 2001. These attacks are not going to stop unless we first admit that we have been and are under attack and – finally – take strong steps to prevent further attacks.

For eight years, the Obama administration refused to even use accurate language and terminology to describe what was occurring here in the U.S., as our nation suffered violent assaults in the name of Islam.

Radical Islamic terrorists have been launching attacks here in the United States for years, with the deadliest occurring on Sept. 11, 2001. These attacks are not going to stop unless we first admit that we have been and are under attack and – finally – take strong steps to prevent further attacks.

President Obama and his team liked to call the radical Islamic terrorists “lone wolves” or say their attacks were “acts of violence,” always avoiding terms focusing on the twisted religious faith that inspired their terrorism.

In fact, more than 200 individuals have been charged with terrorism-related crimes in the U.S. since 2009 – including in Garland, Texas; Boston; Orlando, Riverside, Calif.; and now New York City.

These aren’t “lone wolves.” These are individuals working toward the same goal, via the same broad organization known as ISIS and related groups. The question – now that we have a president who understands the threat – is: How do we prevent such acts from occurring again?

First, as President Trump has noted, we need to holistically examine the means by which immigrants enter the United States and then shut down as many of the duplicative and unvetted programs as possible. The Diversity Visa Lottery, sponsored by Senate Democratic leader Sen. Chuck Schumer of New York in 1990 when he served in the House, is Exhibit A on that list.

There are actually more than 20 different visa categories and programs offered by the U.S. State Department alone. Almost all are temporary and require some monitoring by other federal agencies, such as the Department of Homeland Security, the Department of Labor, the FBI, and Immigrations and Customs Enforcement, among others.

Our nation’s population reflects more than 200 years of diversity in one form or another; we didn’t need another visa program to achieve that goal. But unfortunately, the Schumer visa program and others aren’t simply adding new ethnicities, cultures or creeds to our shores; they are giving radical Islamists from regions other than the Middle East the opportunity to enter.

Once here, these radicals don’t assimilate. Instead, they connect with like-minded Islamists to plan and perpetrate acts like the ones we witnessed on Tuesday afternoon in New York.

Sayfullo Habibullaevic Saipov, the man who deliberately drove his truck down a bike path in Manhattan in a deadly act of terrorism, came from Uzbekistan, a Russian satellite where more than 90 percent of the population is Muslim and the government is totalitarian.

Raise your hand if you think it was good idea to allow a young disaffected Islamic man with no prospects, no ties to the U.S., and only his religious zeal to keep him going into our country.

We as a nation must disabuse ourselves of the naive notion that somehow our Western values are magically transferred to all newcomers to our shores and embraced and lived by those individuals.

The Western values of respect for freedom, human dignity, tolerance and peaceful coexistence – as well as the West’s Judeo-Christian system of thought that gave root to those values – are not respected in many parts of the world. This includes locales like Uzbekistan, and large swaths of Pakistan, Iran, Syria, Sudan, Libya, Cuba, North Korea and even Russia.

As a result, the only diversity we seem to be importing from these countries – short of legitimate, heavily vetted refugees, such as Christian minorities ­– is the diversity of hate for the United States and our institutions.

Second, we must accept that there is evil in the world and that no matter how much we would like to avoid it, evil can never be appeased. It is voracious and ever-encroaching and it can only be stopped and destroyed by forceful action.

Radical Islam is evil; it is full of hatred and seeks to destroy our way of life. Our way of life and our system of government, is anathema to radical Islam – like oil and water, they will never mix.

And so we must take a strong stance and stop acting as though common sense is the same thing as intolerance. In fact, you can only defy common sense for so long before you start to see more incidents like Tuesday’s terrible attack in New York.

Common sense tells us that in addition to having a realistic view of immigration, we should address the breeding grounds of hatred that we have allowed to fester within our own nation. We can no longer allow radical clerics who preach hatred of America in mosques on American soil, seeking to radicalize young Muslim men in particular.

By some estimates there are dozens and dozens of radical mosques in the United States. The very basic premise of powerful rhetoric is to spur action, to touch the heart and push hands and feet into motion.

Diversity and tolerance are America’s strengths, but we should not sacrifice innocent American lives in the name of these lofty goals. Our temporary visa policies based on economic, educational and human rights requirements can work if appropriately managed and monitored.

It’s time the Trump administration and Congress did what the Obama administration refused: reset our nation’s visa process across the board to meet America’s needs and values, intensively vet all visa applicants, and limit entry from countries on the State Department terrorist watch list. Our nation will remain diverse, but we’ll also be safe.