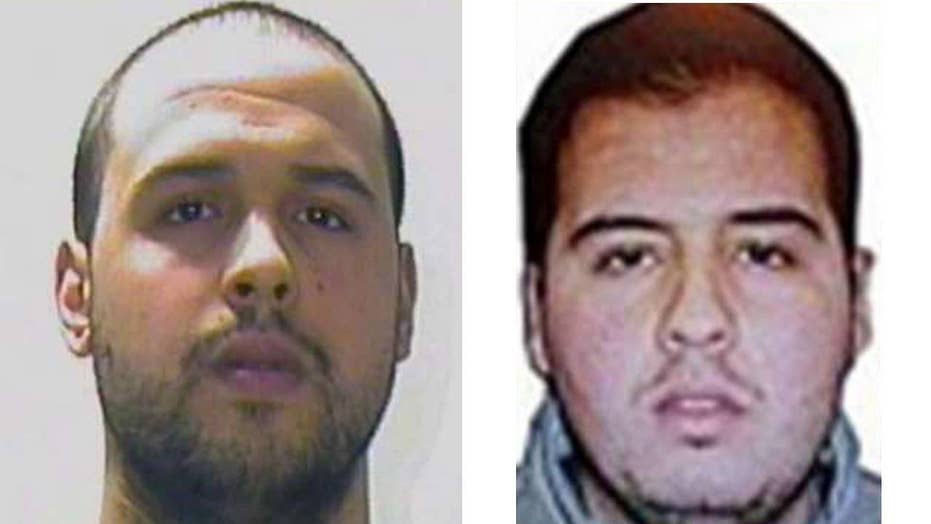 Anatomy of the Brussels suicide attack

FSN's Kevin Ozebek goes 'On the Record' to piece together investigators' ties between the Paris and Brussels attacks, how the suicide bomb plot came together and info revealed by a will left by one of the suspects

Tuesday’s horrific bombings in Brussels, taking their place alongside the tragic events in Paris and San Bernardino, are a testament to the depraved brutality of the Islamic State and other groups of its ilk who resort to the killing of innocents to somehow make their points about their grievances.

By targeting innocent civilians going about their daily lives, terrorists, whether the Islamic State, or Al Qaeda or whomever, forfeit any consideration that would be given to soldiers, and deserve to be hunted unmercifully and brought to justice.

Notice the use of the word justice. These people are murderers and criminals and must be treated as such.

Our first reaction in the face of this kind of senseless violence, given voice by the likes of Donald Trump and others, is to seek vengeance. However, it is justice and not vengeance which should define the American response.

Let’s be careful here that in responding to barbarity we don’t ourselves become barbarians. Let’s be careful that in the climate of fear and revenge we don’t make decisions about our own societies we will come to regret.

We have seen this play out repeatedly in the aftermath of the attacks of Sept. 11, 2001, and we see it now in the case of the FBI versus Apple and in the statements made by the Director of the National Security Agency that if we’d had encryption “back doors”, Paris never would have happened.

Let’s be careful here that in responding to barbarity we don’t ourselves become barbarians. Let’s be careful that in the climate of fear and revenge we don’t make decisions about our own societies we will come to regret.

In the immediate aftermath of the Brussels attacks, U.S. presidential candidates and other politicians immediately called for more airstrikes against the Islamic State and in one case, Mr. Trump has repeated his support for torture of terrorists to elicit information.

Others have called for increased security around already highly secured airports, and soon no doubt we will hear more strident calls for limits on encryption and the provision of back doors for the government to decode encrypted communications.

Does U.S. Cyber Commander Commander, National Security Agency Director Adm. Michael Rogers statement about the criticality of encryption back doors mean that all the billions the NSA has spent, and all the thousands of personnel employed have been a waste? There are enormous resources available to NSA and our European allies. And the one piece that would have trumped all others is an encryption back door? Such a statement stretches credulity.

In the first instance, we should be cautious and understand that the bombing of ISIS by the U.S., and presumably Russia, while it has limited their control of territory, has done nothing to quell the violence. On the contrary, the violence has increased. And it is fairly well accepted that our use of military force in the Middle East is a powerful recruiting tool for more terrorists.

As my colleague at Notre Dame, David Cortright, has so aptly pointed out, the conditions that give rise to these extreme acts of terror simply cannot be resolved through forceful means. They are fundamentally political and social in nature and require solutions to the marginalization that many Muslim immigrants in Europe feel, and that are driving violent extremism in many parts of the world."

Yes, we should use all the force necessary to stop the geographical spread of ISIS, and use all available means to find and subdue the terrorists, but we need to view these as separate problems.

In the latter instance, we need to be very, very cautious about further chipping away at civil liberties and constitutional protections. While the end result, after careful debate and deliberation, may be to institute new surveillance methods and government encryption controls, we should not do these things as knee jerk reactions.

History has shown us that privacy and civil liberties have always suffered during times of crisis and, once the crises abated, those lost liberties are rarely restored.

Sadly, we now live in a different world, partly of our own making, in which extremism and violence are becoming more commonplace.

This is not likely to change. What can and should change is the thoughtfulness and deliberateness of our reactions to such violence.