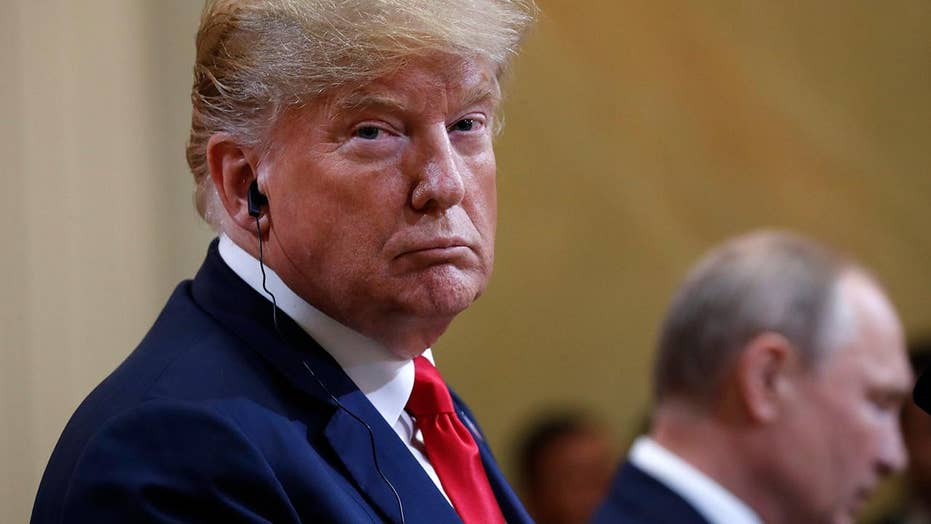 President returns home to bipartisan backlash over his news conference with the Russian leader; Kristin Fisher reports from the White House,

My fellow citizens: More than 20 months have passed since you elected me your president. Unfortunately, America remains polarized by that election, which was marked by Russian interference, FBI investigations into both candidates or campaigns, and questions whether some powerful federal agencies themselves tried to influence the outcome.

We still have more questions than answers. Tonight I address you from the Oval Office to tell you the step I am now taking to ensure that the American people will finally get the complete story.

At the heart of our democratic system is accountability. Inspectors general and special counsels and criminal prosecutions may all have a role here. Still, under our Constitution the primary accountability is to the American people via their elected representatives.

Unfortunately Congress has been stymied in its subpoenas for documents that would fill the remaining holes in the story. These holes include what really prompted the FBI to begin its investigation of my campaign, as well as how parts of our government used a dossier full of salacious material that was never verified and was produced and paid for by my rival’s campaign. Even where Congress has access to key information—for example, the application for the Foreign Intelligence Surveillance Court warrant to spy on an American connected with my campaign—lawmakers cannot make the information public because it is classified.