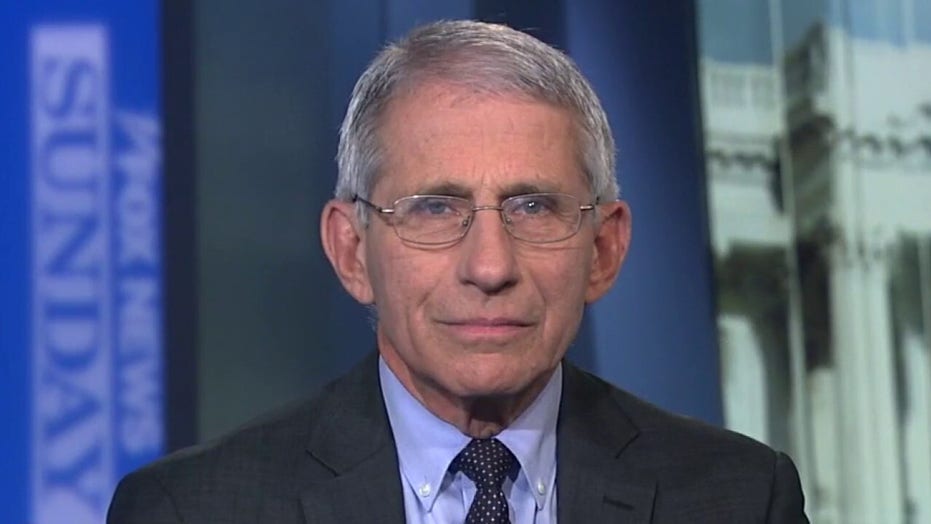 Dr. Anthony Fauci on efforts to slow the spread of coronavirus in the US

Growing up, we were soothed by an array of made-for-TV medical icons who wielded their surgical tools with aptitude, and their Hippocratic Oath with attitude. They made us feel better, hopeful, more complete by cheering those whose prognoses were grim but spirits were high.

From hometown Doc Welby and a rebellious Hawkeye Pierce, to a nurturing Meredith Grey and delightfully pissy Dr. House, these fictional characters felt larger than life as they impacted our own.

Today, we have a real-life doctor-advocate, Tony (Anthony) Fauci, who is growing larger by the day as America’s best hope to stare down our biggest health crisis in more than a century.

Fortunately for us, Fauci, the National Institutes of Health’s longtime, much-revered maven on immunology and infectious disease, is central casting for the biggest role of his (and our country’s) life.

This Brooklyn-born son of a local pharmacist, who used to deliver prescriptions by bike when he was young and who graduated at the top of his class at Cornell Medical College shortly after helping a construction crew build it, is now working to deliver relief to Americans consumed with questions and beset with fear.

With clarity of thought and an economy of words, ingrained in him as part of his Jesuit upbringing, Fauci’s current take on the COVID-19 crisis is both comforting and chilling. Yet regardless of the news he must deliver, we find we can’t get enough of his candor or feel enough of his empathy.

Fauci is the doctor of calm amid a tempest of uncertainty.

So when he says the federal government is now "doing everything they should," it’s a shot in the arm. When he cautions “things will get worse before they get better,” and that “we are looking at several weeks to a few months” before true recovery begins, we know we can deal with it.

Yet it’s those flashes of humanity that moves us the most when Fauci reaches for the heart and makes our own beat a little bit fuller: “We’ve got to make sure the vulnerable ones are the ones we protect – the elderly.”

Then, with clarity and compassion, Dr. Calm offers the prognosis of the moment to ensure everyone feels encouraged to do their part to defeat the virus: "We are going to have to hunker down significantly more."

For those who don’t already know, Tony Fauci began his professional trek in a small, cluttered, ill-equipped lab hidden in the deep recesses of the NIH labyrinth. It was there he began embracing his life mission: fighting epidemics and disease, from influenza and malaria to tuberculosis, arthritis, anthrax, and – most tellingly – HIV/AIDS.

When gay men began succumbing to a mysterious illness, Fauci weathered criticism and violent protests to find answers. He was even burned in effigy when the government’s initial response was deemed inadequate by those most impacted. Yet instead of backing the protesters down, Fauci welcomed them in, gaining the kind of knowledge and understanding that eventually helped him and others generate life-saving therapies.

Fighting AIDS together with former President George W. Bush cemented Fauci’s reputation as a humanitarian, public health pioneer, and as one helluva doctor (he still does clinical rounds to this day described by all involved as “legendary”).

Today, as he describes the “pandemic curve” – the soon to be memorialized chart predicting what would happen if we did nothing (big curve, big problems) versus doing everything we possibly can (flatter curve, smaller fallout) – he is teacher and cheerleader, informing and encouraging, cajoling and compelling, as he implores America’s team to hit the field – and coronavirus – with everything we’ve got.

Fortunately, it’s popular to be a health professional in America today.

According to a recent Gallup survey, Americans view doctors, nurses and pharmacists as among the most trusted professionals in our nation. Fauci, who at 79 still works six to seven days each week even when there is no crisis at hand, is enhancing that statistic even more.

Fauci grew up believing in heroes. The Jackie Robinsons who broke through barriers, the Einsteins and Edisons who overcame ignorance with ingenuity, and the Reagans and Roosevelts who lit the lamp of hope amid times of national darkness.

FDR once said, “The only limit to our realization of tomorrow will be our doubts of today.” Let there be no doubt our nation already has its best warrior on the field, and that he’ll fight for us every day until we put America back on track and COVID-19 in our rearview mirror.

Up against Dr. Fauci, the coronavirus doesn’t stand a chance.