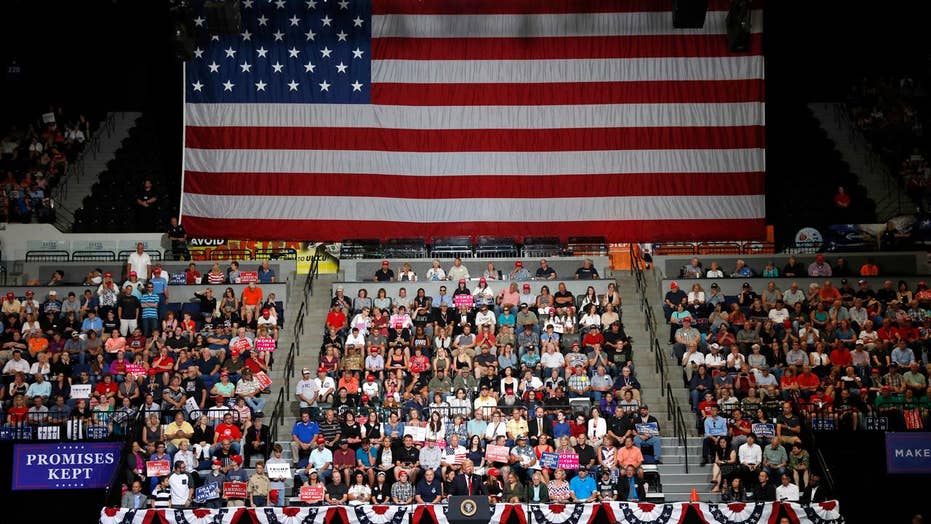 Apparently if you defend the 1st Amendment, you are guilty of hate speech. That’s the argument put forth by several news outlets -- ABC, NBC, CNN -- and even Teen Vogue.

On Tuesday night, June 11, Attorney General Jeff Sessions gave a speech to the members of the Alliance Defending Freedom (ADF), a religious freedom group. The ADF is assisting the Supreme Court case involving Jack Phillips, a Colorado baker who refused to bake a gay wedding cake.

Major networks are enraged. In headlines for both ABC and NBC, they called the ADF an “anti-LGBT hate group.” On what would the networks base that characterization? It’s the hysterical assessment of the Southern Poverty Law Center (SPLC).

Whether out of laziness or because it suits their bias, far too many journalists use SPLC as a credible source, rather than the agenda-driven liberal fund-raising machine it is.

NBC quoted Democratic National Committee spokesman Joel Kasnetz in his condemnation of Sessions. Kasnetz accused the attorney general of “choosing to spend his time speaking in front of one of the country’s leading anti-LGBTQ hate groups.”

ABC further quoted Kasnetz as saying, “Sessions’ appearance at this event, as the top law enforcement official in the country, brings in to question whether the attorney general intends to protect all Americans.”

SPLC is best known for being the left-wing group that targets other groups and individuals in the public eye for “hate speech” -- especially conservatives and Christian groups.

Even POLITICO recently asked whether or not the group has pushed its civil rights credibility too far. Writer Ben Schreckinger actually called the founder of the SPLC “a little Trumpian,” the ultimate liberal insult. HBO talk show host Bill Maher admitted recently that he would join in a crowd-funded lawsuit against SPLC, according to the Washington Examiner.

In April, 2017, ADF attorney Kellie Fiedorek called the SPLC’s accusation “simply false,” and stated that ADF is “not motivated by anti-LGBTQ sentiment.” Even though NBC covered this story, the network claimed that the ADF’s actions were hateful in themselves. Heidi Beirich, a spokesperson for SPLC, was quoted saying that even though the ADF has denied being a hate organization, “when the rubber hits the road is when ADF attorneys engage in model legislation and litigation that attacks the LGBT community.”

Whether out of laziness or because it suits their bias, far too many journalists use SPLC as a credible source, rather than the agenda-driven liberal fund-raising machine it is. In its Sessions story, NBC referred to SPLC as “a prominent civil rights watchdog.” Although it addressed ADF’s defense, ABC quoted SPLC Deputy Legal Director David Dinielli calling ADF’s hate label “rightfully earned.” ABC then piled on, citing Richard Painter, Democrat Joel Kasnetz and Wisconsin Democrat Sen. Tammy Baldwin. Painter, former chief ethics lawyer for the Bush administration, said on Twitter, “Why is the attorney general hanging out with these nuts instead of doing his job?” Imagine ABC quoting someone calling, say, the Human Rights Campaign “nuts,” and letting it stand.

CNN carefully avoided any reference to SPLC, but it quoted other sources that called the ADF a “hate group,” such as the Human Rights Campaign and the National Center for Lesbian Rights. Because of course, defending the 1st Amendment means you are full of malicious hate.

The ADF, founded in 1994, has been advocating for the right to freely practice Christian values in American society. As quoted on its website, “Alliance Defending Freedom defends religious freedom and opposes all attempts to compel people to compromise their beliefs or retreat from civil and political life as the price for following their faith.”

Who listens to the SPLC? Actually, a lot of people. Especially the Family Research Council shooter, Floyd Lee Corkins, and the shooter of Rep. Steve Scalise, James Hodgkinson. Corkins specifically used the “hate map” conveniently provided by the SPLC website, and Hodgkinson liked and followed their Facebook page.

The media have consistently refused to point out that these violent shooters were familiar with the hate rhetoric of the SPLC.

Corinne Weaver is an intern for Media Research Center Culture.