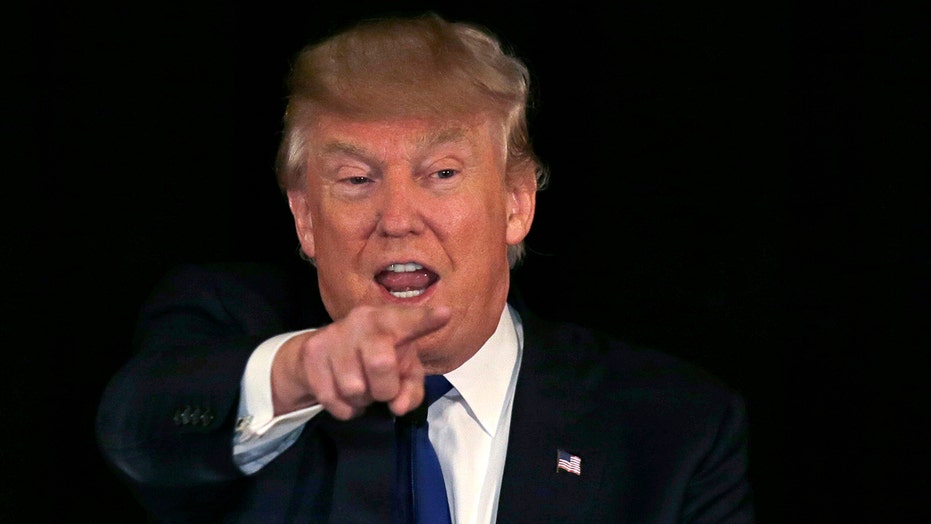 In wake of Muslim comments

Will Donald Trump be “the healthiest individual ever elected to the presidency” (if he wins in 2016) as his internist, Dr. Harold Bornstein of Lenox Hill Hospital, maintains in a letter on the candidate’s health? Or is this just more Trumpian bluster and hyperbole coming out of the Trump camp?

As a cautious internist who would never make a statement like that about one of my patients, I vote strongly for the latter. Don’t get me wrong … I certainly believe that Trump’s blood pressure is a healthy 110/65, whether from the benefit of medication or through genetics, and I also believe he has lost at least 15 pounds over the past year, as his physician maintains. Further, the fact that Trump doesn’t smoke or drink is very healthy and something we should all try to emulate. I also don’t believe that age is as much of a factor these days. Trump, 69, is not too old to run for president.

Meanwhile, the other candidates’ health issues are also, for the most part, not a mystery. On the Republican side, Chris Christie underwent lap-band surgery in 2013, is continuing to lose weight and has been declared fit by his doctor.

He is clearly not the healthiest candidate ever to run, though he is much healthier than Franklin D. Roosevelt in his final term or William Henry Harrison, who died of pneumonia soon after being inaugurated.

Jeb Bush’s physician has recently published a letter revealing fluctuating blood pressure that is being successfully treated with diet, exercise and weight loss.

Carly Fiorina is a breast cancer survivor who underwent a double mastectomy in 2009 and is reportedly doing quite well. Ben Carson had successful surgery for prostate cancer in 2002.

Over on the Democratic side, the most attention has been paid to Hillary Clinton’s health. She fell and had a concussion in 2012 and developed a blood clot on the brain known as a transverse sinus thrombosis, requiring lifetime blood thinners. She also had a blood clot in her leg several years prior. But as far as we know now, she has had no recurrences of blood clots, no strokes and is fit to run for president – though she, too, would hardly be the “healthiest individual ever elected to the presidency.”

I remember back in 2008 when the news media tried to make John McCain’s age an issue and I joined Carl Cameron in Phoenix to pore through thousands of pages of the candidate’s medical records. We found no evidence of melanoma recurrence or any reason to believe that his age would be a factor in the election (he was 72 at the time).

As far as exercise is concerned, Trump’s approach is shortsighted and unwise. Bill Clinton, George W. Bush and Barack Obama exercised regularly in the White House, and all believe it is important for a president, though none more so than Bush. When he hurt his knees after his first term, he turned to mountain biking, and he would ride regularly with his “mountain biking Cabinet.”

He told me that exercise helped him deal with the stress of being president. “During my presidency, exercise meant a lot, whether it was upstairs in the White House on an elliptical machine or outside riding my mountain bike,” he said.

In the past, Trump has indicated that he eats whatever he wants, and that he takes a cholesterol-lowering statin drug. Dr. Craig Smith, the surgeon who performed President Clinton’s cardiac bypass surgery in 2004, told me that Clinton had eaten a lot of junk food during his presidency and had not been fully compliant with his cholesterol-lowering statin. And there was a price to pay. Smith told me that five of Clinton’s arteries were clogged, leading to an extensive – and successful – CABG surgery. Bush, too, expressed a liking of the White House pastry chef’s work and ended up with high cholesterol and a successful cardiac stent in 2013.

There is no convincing reason to believe that Trump, no matter how active he is or how low his blood pressure is or how well controlled his cholesterol is, will do better medically than Clinton or Bush if he’s elected president. In fact, regular exercise and a well balanced diet have proven health benefits, including a significantly decreased risk of death.

At least Trump isn’t a former smoker, like President Obama. And I’m sure that, though he’s older, Trump would declare he's in much better health than the president, both physically and mentally.