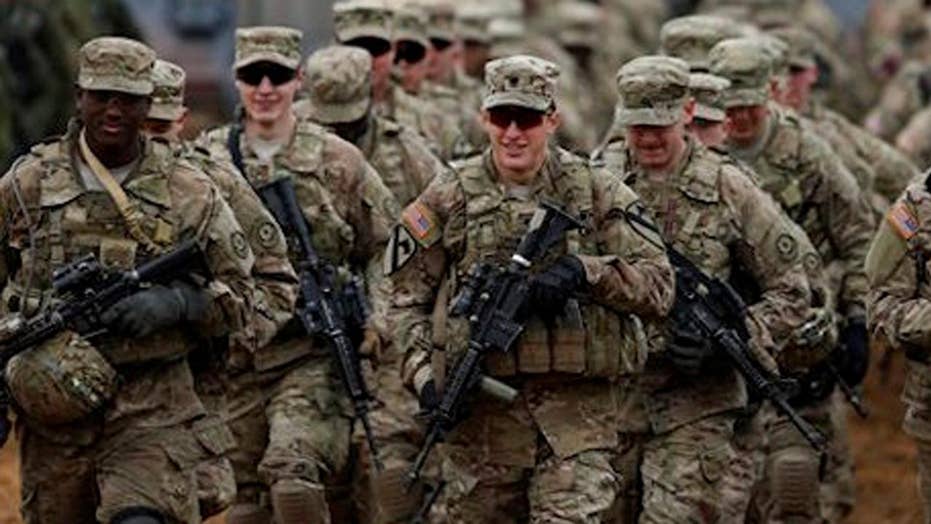 I have spent more than half of my life wearing this nation’s uniform, serving in the world’s greatest military force to ever grace this Earth. My service crossed the past five presidents starting with Ronald Reagan. I concluded my nearly 30-year military career in 2014 at the Pentagon, retiring as a brigadier general. During this time, I have seen the military surge in capabilities and unfortunately witnessed firsthand the erosion of our combat edge.

The previous administration, along with Congress, cut military funding by 22 percent over the last eight years while we were still at war and conducting operations in multiple locations.  Our servicemen and women carried the burden of doing much more with much less.

When I joined the military in the 1980s, we flew double the number of flying training hours over our nearest competitors and had nearly twice the number of active-duty airmen.  We had better tanks in the Army, better ships in the Navy, better planes in the Air Force, better technology in each Service, and were better in about every military capability. I have seen this American advantage slowly evaporate in every respect.

If I could spend another 30 years in uniform I would, but in that absence, I will fight in Congress until we get our military back on its feet again.

I was charged with preparing our forces to prevail over any adversary while commanding five different organizations, ranging from the squadron-level to base commands.  Because of the massive budget reductions while in war, we are today trailing our peer adversaries in training, and our modernization programs and readiness stats are in the toilet. It is unconscionable to send our warriors to fight without every possible advantage.

If I could spend another 30 years in uniform I would, but in that absence, I will fight in Congress until we get our military back on its feet again.  We need to repair, we need to restore, and we need to rebuild our military.

This year’s National Defense Authority Act (NDAA) will begin to “right the ship” with a 10 percent topline increase. The NDAA directs the Department of Defense to reform their acquisition process to streamline bureaucracy and drive efficiency through competition. This bill highlights the repairs needed for better space and cyber capability to meet the equally expanding vulnerabilities in those areas. It restores a fully funded 2.4 percent military pay increase and grows the number of service members equally with our new global threats.

I will not forget that Congress is compelled in the first line of the enumerated powers in the Constitution to “provide for the common defense…” For the House Armed Services Committee, this is a solemn obligation rooted in more than 50 years of bipartisan cooperation and civility that honors the best traditions of service to the American people. I congratulate the commitment of Chairman Thornberry, Ranking Member Smith, and every member of the committee that made possible this year’s National Defense Authorization Act.

We must continue to provide the means to rebuild readiness, deter aggression and defeat adversaries knowing that freedom is not free.  This year’s NDAA is a much-needed investment in “peace through strength."