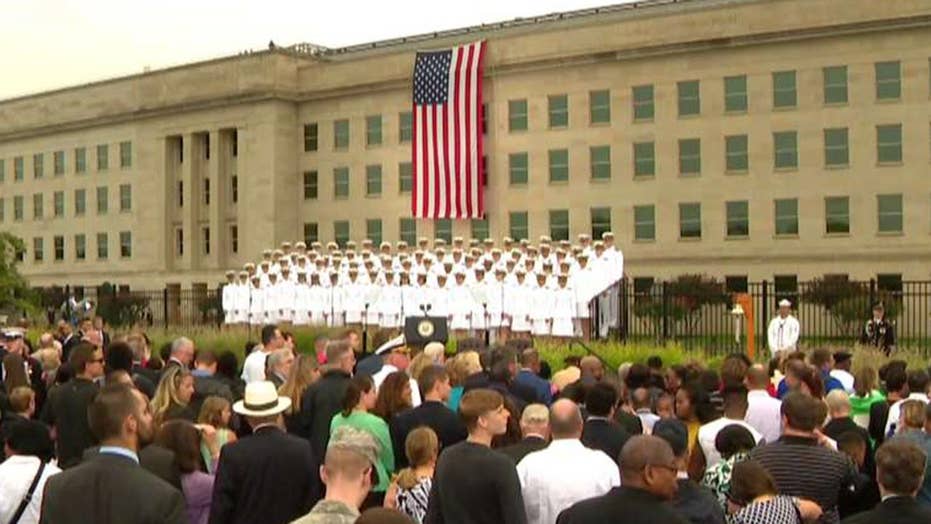 The horrific events of September 11, 2001, were singed into the minds of every American who watched in horror as the Twin Towers collapsed into ash and debris, turning New York City into the site of the deadliest terrorist attack in American history.

The attack left Americans absolutely paralyzed by grief, with life screeching to a halt as we struggled to process how such unimaginable evil could manifest itself in a deadly amalgam of chaos.

Amid the intense national pain in the wake of 9/11, though, something unexpected happened: a strong bond of unity formed among Americans of all stripes. No matter our color, creed, ideology or faith, we suddenly saw ourselves as a collective whole – a singular body struggling with emotional wounds.

As people attempted to comprehend what happened, a cohesiveness formed unlike anything that had been experienced in recent memory. Kevin O’Connor of The Herald News, a newspaper in Fall River, Massachusetts, perhaps explained it best when he wrote: “We were all Americans. We all felt the same loss.”

Heroism abounded as people flocked to Ground Zero to help search for survivors in the rubble of the World Trade Center. American flags proudly waved at offices, factories, stores, restaurants and homes. Candlelight vigils unfolded in communities across the U.S.

There was an almost universal understanding in the value of our humanity. The seemingly never-ending debate over God’s place in culture appeared to be eclipsed by humanity’s recognition of the collective need for a relationship with something bigger than ourselves.

And if you’re looking for a more tangible representation of just how united the nation was in the wake of terrorism, think back to the nearly 150 members of Congress – individuals from both major parties – who stood together to sing “God Bless America” on the steps of the Capitol.

The terrorists’ actions so horrified the nation that the bitter differences that sparked so many heated debates and battles melted away, opening up the doors for a unique – and sadly brief – period in which humanity trumped ideology, partisanship and most other things that divide us.

There are many lessons that must be taken away from 9/11. From conversations about national security to considerations surrounding religious freedom, the fallout of that terrible event continues to impact our lives 17 years later.

But there’s yet another lesson that too many of us quickly forgot: unity and civility matter. They are two of the most essential benchmarks of a healthy culture. While disagreement is a normal and healthy social ingredient, we have taken what divides us too far, descending in recent years into a pit of interpersonal depravity.

From hateful tweets to vitriolic proclamations and violence, too many Americans have lost themselves in the midst of cultural divides. We have become so rabidly obsessed with our differences that social and political advancement is nearly impossible.

Our compulsive tribalism, lack of compassion and coldness toward one another paint a tragic picture when collectively juxtaposed against the bravery, love and kindness this nation experienced in the wake of 9/11.

While this goodness didn’t last long, it offered a lens into the kind of people we can be if and when we are pressed to the max. Tragically, it shouldn’t take an act so horrific for us to realize the commonness in our humanity.

As we reflect on 9/11, let’s make an effort to recapture the grace with which so many people spoke and acted after that tragedy.

It might feel difficult or even impossible to make a cultural change when politicians, the Hollywood elite and so many others in positions of authority choose to engage in name-calling, callousness and divisive measures.

But we each have the individual ability to shine our lights in the darkness of divided times. And remember: kindness doesn’t require agreement. We must discover the lost art of being able to love and respect the people we disagree with.

Take a moment and reflect before sending a tweet, pause to consider the pain or uncertainty someone you dislike might be facing. Offer to show someone love when they’ve shown you hate. It’s through small steps that we can collectively make a difference. Let’s be better.