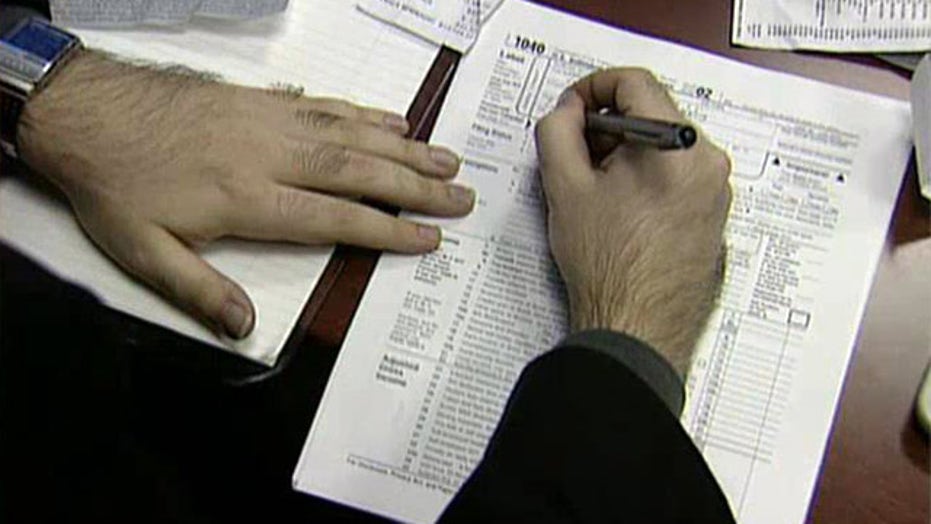 Imagine what would happen if a retail store or company like Best Buy or Home Depot announced it has plans to slash customer service, that it will make people stand in lines for at least a half hour, and that any customer due a refund will have to wait several weeks.

Oh, and it may not be able to prevent identity theft.

What is amazing is that Washington demands full accountability and accuracy from tax filers, but the tax collection department is the least accountable agency of government.

That company would probably soon find itself in chapter 11 bankruptcy as shoppers fled to other banks or stores or restaurants where they can get first class service.  That's what America is about and every businessman and woman knows the customer always comes first.

What is amazing is that Washington demands full accountability and accuracy from tax filers, but the tax collection department is the least accountable agency of government.

But the Internal Revenue Service now says that taxpayers had better get used to shabby service from the tax collection agency. And the IRS is hardly an agency known for warm and friendly service to begin with.

Another IRS official went even further, suggesting wait times of at least half an hour to get through on the 1-800 help line. She warned that people who call in might want to bring some knitting, and that by the time you get through to a live human being, "you might be able to knit a sock." And they call this a "help" line!

There's not much taxpayers can do about this because after all, the IRS is a government monopoly. You can't file your tax return or have it processed by anyone else.  Though it is interesting that the president of H&R Block, one of the nation's largest tax preparation firms, said on Fox News on Wednesday that "this is a story that will obviously help our business."

Congress needs to hold the IRS accountable and demand the firing of Mr. Kostiken because he has he admitted openly he can't do his job. The IRS is nearly an $11 billion a year agency with some 100,000 employees.  Congress wants to cut its budget by less than 4 percent and the agency says it can't function. During the recession many businesses took cuts of 30 and 40 percent and they did it by becoming more efficient and cutting waste.

Meanwhile the IRS has spent millions of dollars on conferences at exotic resorts for its employees with some suites costing $3,000 a night. And Mr. Koskinen says he can't find places to cut.

The IRS has been rocked by scandals of targeting, abusing and financially harming individuals and conservative groups it doesn't agree with.  Maybe it could shut down that division and use those resources to help taxpayers.  Instead of showing signs of remorse the agency brass is petulant.  The attempt to extort more tax dollars out of taxpayers is the so-called Washington Monument ploy and Congress should demand an immediate private audit of the agency's spending habits.

What is amazing is that Washington demands full accountability and accuracy from tax filers, but the tax collection department is the least accountable agency of government. If the IRS can't administer the tax code with 100,000 employees - it sounds like we need a new IRS and a new tax system.