While most schools remain closed, Montana reopens classrooms for some students

Governor Steve Bullock had said some schools could reopen by May 7th, although it would be for local districts to decide if COVID-19 posed a serious threat to getting students back in the classroom.

It’s back to school for some rural communities in Montana, even though the official school year is almost over.

Gov. Steve Bullock said some schools could reopen by May 7, although it would be for local districts to decide if COVID-19 posed a serious threat to getting students back in the classroom.

Willow Creek is a K-12 school with around 50 or 60 students. It’s reopening Thursday.

“We have a very rural school with a footprint of less than 60 students that will be opening their doors and I just received a great conversation with the superintendent there and she’s embracing the fact, she’s talked to her county health and talked to her teachers, she believes this is the best way," said Elsie Arntzen, Montana Superintendent of Public Instruction.

Precautions are in place to thwart transmission of the virus, according to guidelines released by Arntzen to school administrators across the state.

“Their custodian has been making sure all the surfaces are clean, there’s great airflow. It’s an old school building that they’ll be coming into...She also has an opt-out, if parents want to continue remote learning and distance learning, they’re planning on doing that.”

Montana’s rate of infection has been considerably lower than other U.S. states. As of May 5, 16 people in the state have died, with 457 confirmed positive cases, according to Johns Hopkins University, which tracks the coronavirus spread.

Along with Wyoming, Montana was the only other state to not shutter schools for the remainder of the academic year. 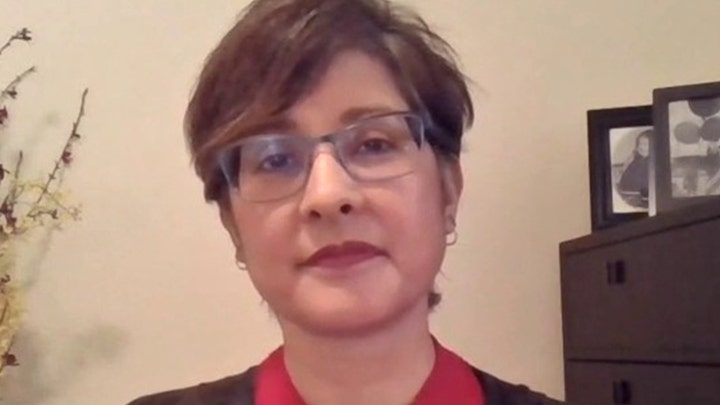 Arntzen touted the state’s rejection of a “one-size-fits-all” posture and left reopening up to the discretion of local districts and county public health officials.

HEATHER SCHWARTZ: CORONAVIRUS WILL REQUIRE CHANGES IN SCHOOLS WHEN THEY REOPEN

“It’s incumbent on that community to determine what’s best, so normal school in this new normal is going to be very unique,” Arntzen said.

Right now, 50.8 million students are not going back to class for the remainder of the year. Some semblance of normal for those students hinges on a robust network of contact tracing and testing.

“Have one set of kids come in the morning, one set come in the afternoon, you’ll also then need to clean schools twice in the middle of the day, that’s gonna cost more,” said Randi Weingarten, AFT President.

“If you tested everybody at the beginning of the day and you knew that everybody walking in the building was negative, then you wouldn’t have to do any of the physical distancing, but since you don’t know, you have to make sure you’re preventing the transmission during the day.”

The states are taking the lead in deciding to reopen. The Department of Education has not released specific guidance to teachers and administrators, only referring them to the CDC guidelines.

President Trump also weighed in on the issue, speaking from the Oval Office, while commending nurses for their work fighting the pandemic, he responded to a reporter’s question about school closures.

“I would like to see schools open wherever possible which I think is in much of the country, most of the country...teachers are a certain age over 60 especially if they have a problem, think they should not be teaching school for a while," he said.