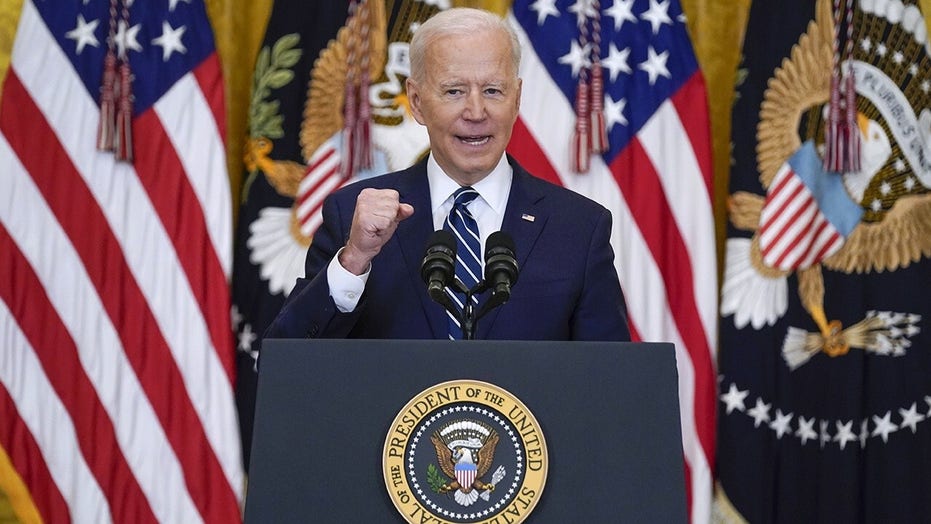 The Washington Post yet again was forced to make a significant correction on Thursday, altering a headline to an analysis piece that initially claimed there was "no migrant surge" and didn't acknowledge the record number of unaccompanied minors crossing the border.

While the piece says it was updated, it does not specify how.

WASHINGTON POST PANNED FOR MASSIVE CORRECTION TO TRUMP-GEORGIA ELECTION STORY: 'SO, THEY MADE UP QUOTES'

The revised piece also includes a section about the number of unaccompanied minors that wasn't originally there.

"What is more unusual at this moment is the increase in border crossings by unaccompanied minors, which appears to be more than just a seasonal pattern," the post now reads. "This poses a more distinctive challenge for the Biden administration, although it is also possible that there will be a similar drop in crossings by minors during the summer months."

It still suggested there was "no evidence" Biden administration policies had contributed to that surge, although in the next sentence it acknowleged smugglers had claimed it would be easier to get into the country once former President Donald Trump was out of office.

However, the Biden administration created a carve-out specifically for minors in its Title 42 authority to expel migrants at the border.

The new portion of the analysis also linked to another Washington Post story that says the Biden administration is facing a "rush with no precedent" involving children and teenaged migrants. Border officials are on pace to take in more than 17,000 minors this month, which would be a record.

One of the authors of that story, Nick Miroff, tweeted some "pundits and chart-makers" were drawing incorrect conclusions from border data through February, rather than paying attention to what was happening in March.

The original Monkey Cage piece was cited by liberal Washington Post columnist Jennifer Rubin in a sychophantic piece calling on President Biden to correct reporters framing the border situation as a "crisis." Text she cited from the study stating there is "no crisis or surge" is no longer in the Monkey Cage piece.

Rubin also cited the report in a Twitter spat with liberal journalist Yamiche Alcindor, with whom Rubin took issue over a question about Biden's border policies at Thursday's presidential news conference.

It is unclear if she has seen the revisions. She did not respond as to whether she would update her column.

The Washington Post also made a significant correction this month to a January report about a phone call between then-President Donald Trump and Georgia elections investigator Frances Watson, admitting it wrongly attributed multiple quotes to Trump based on an anonymous source.